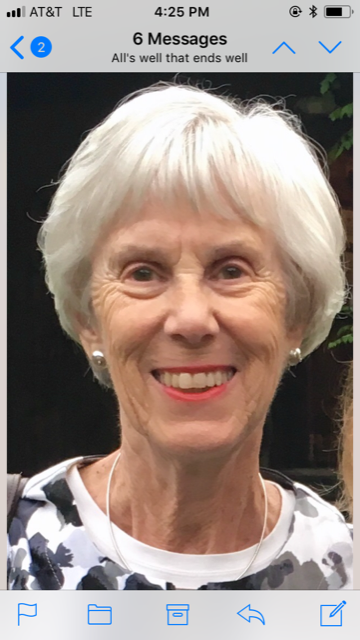 This year, Wendy Robbins has joined the 99-members (both living and of blessed memory) of our Legacy Circle, which ensures that the Jewish Federation of the Berkshires and its good work will thrive long into the future.

Robbins, who lives in Pittsfield, says: “I recognize the good work that the Federation does in fostering unity in the Berkshires, and I want to be involved in a meaningful way not only now, but in the future, as well. Federation is the one organization that represents the entire community, one that plays a huge role in bringing Jews in north, central, and southern Berkshires together.” Moreover, Robbins says she supports our Federation’s outreach within the larger Berkshires community, the way it embodies Jewish values while aligning itself with the good work of other charitable organizations in the region.

Robbins says that participation in Jewish community has been a big part of her life since growing up in a Jewishly-involved family in Buffalo and raising her own family in Philadelphia. “My late husband, Larry, was very active in Federation in Philadelphia,” she says, “giving seminars on board governance and teaching writing and speaking. If he were alive, I am confident he would have continued volunteering his time and knowledge for the Jewish Federation of the Berkshires.”

Joining the Legacy Circle, she says, is a continuation of her family’s ongoing commitment to Jewish life and very much an expression of her warm feelings about the Berkshires and concern over the challenges its Jewish community faces.

“I’ve been involved in many large campaigns in other places,” she says, “and never felt that my dollars were as meaningful as they are right here. Every dollar I and others donate goes to a good cause. I know all the institutions our Federation supports. I know that my donation is going to benefit my neighbors.”

Robbins says she is especially impressed with the good job Federation does for Jewish youth in the Berkshires, supporting their Jewish development through activities and Hebrew school subsidies, as well providing them with Jewish camp scholarships and different opportunities to experience Israel as teenagers and young adults.

“The notion of l’dor va’dor (from generation to generation) is important to me,” she says, “and so it’s essential to help build what will come next, after we are no longer around. It’s important to give back, so I give what I can give.”