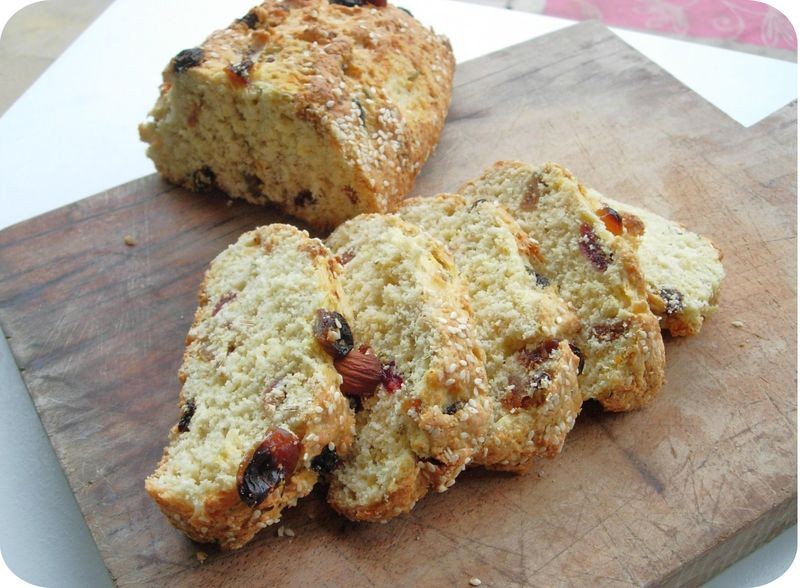 This month we’re heading back to North Africa to visit another branch of the family with a very long history in the diaspora — and some surprising twists on the typical tribal tale.

Jews can trace their history in Tunisia back at least 2,000 years, and their numbers once grew to well over 100,000 individuals. Some say that the first Jews arrived 3,000 years ago, during the reigns of either King David or Solomon. Others believe that they fled to Tunis after the destruction of the First Temple in 586 BCE. These versions may indeed be true, because many Tunisian Jews practiced pre-rabbinic Judaism for a very long time — no Purim or Hanukkah.

But the most fascinating evidence of our people in the country comes from the period after the destruction of the Second Temple in 70 CE, when the Emperor Titus exiled some Jews to Mauritania. Many of these Jews left that country on the west coast of the continent and headed northeast to settle in Tunis. Jews of Djerba recount that some of those refugees were kohanim, Temple priests, and that today’s island Jews are the descendants of those kohanim. A particular tradition among Jewish men on Djerba supports this belief. While the men wear the iconic red felt hat, tunic, and pantaloons seen on travel posters, Jewish men’s pantaloons feature a narrow black band along the hem, a sign of mourning for the destruction of the Temple.

As in virtually every place we have found ourselves, life in Tunisia has followed a roller coaster of fortune’s ups and downs with each and every ruler. Jewish life under 5th century Roman rule was tolerable. Aside from a special tax levied on every Jew, our people prospered. Over the next several centuries, as empires conquered and fell, Jews held position of authority and trust under some, while under others, taxes, restrictions, and persecution were the norm. This included the law requiring a special yellow head covering for Jews identifying them as such. And in one particularly egregious edict, the 8th century Muslim leader Imam Idris required the Jews not only to pay a capitation tax, but also to hand over several virgins annually for his harem. Fortunately for us, Idris was poisoned a few years into his reign (by a Jewish doctor, it is said). Then, in the 12th century, the Almohad leader granted the Jews freedom of religion for 500 years but decreed that if the Messiah did not come by the end of that period, they would be forced to convert to Islam.

You’re getting the picture. Whether Romans or Vandals or Ottoman Turks or Muslims, life has never been stable for Tunisia’s Jews.

But let’s flash forward to the late 19th century. Looking for an excuse to add to its stable of colonies, France had been lusting after Tunisia for a while. When a northern Tunisian tribe, the Khroumir, crossed the border into French Algeria in 1881, Paris sent a massive army of 36,000 troops into the country. Thus began French protectorate. Although the Tunisians certainly weren’t happy with the French invasion of their country, the advent of French rule made life for Jews more than tolerable. (Remember, France had declared freedom of religion back in 1789.) Jews could be found on every level of the country’s economic life, the wealthy active in trading, banking, and manufacturing, while the middle class was involved in retail and winemaking.

If the gauchos of Argentina galloping across the pampas captured my imagination (see last month’s BJV), the Tunisian bahusim, or “outsiders,” bring to mind something out of a desert epic movie. Unlike any modern members of the Tribe, these Jews were an actual semi-nomadic tribe who roamed the lands between western Tunisia and eastern Algeria, making their living from agriculture, peddling, and goldsmithing. Yet other Tunisian Jews were nomadic warriors who adhered exclusively to Karaite (Torah) law.

Everything in Tunisia changed with the advent of World War II. Beginning in 1940, the Nazi-allied Vichy French seized power in Tunisia. Under their rule, the Jews of Tunisia suffered discrimination in virtually every aspect of life, from education to the professions. And as in Vichy France, they were required to wear a yellow Star of David and hand over their property, leaving them impoverished. While there were no mass deportations as in Europe, more than 5,000 Jews were sent to forced labor camps, where several hundred died. Tunisian Jews living in France, however, were sent to extermination camps in Europe.

The establishment the modern State of Israel in 1948 exacerbated the already hostile atmosphere, provoking violent anti-Zionist Arab riots and triggering the beginning of a decades-long exodus. Upon the end of the French protectorate in 1956, Arabization of every aspect of the country’s life ensued, making life even more difficult for the Jews. The Six-Day War was the final decider in favor of flight.

Tunisian Jews left their home of two millennia and headed to Israel and France, leaving a population of only 1,100 today, where the roller coaster of fortunes continues.

Given the length of time the French were in the country, it’s understandable that they had an enormous influence on many areas of Tunisian life, including, of course, the food. Although the name boulou comes from the French boule, the traditional crusty round loaf, this absolutely scrumptious Jewish quickbread is stuffed with golden raisins and sesame seeds, and flavored with orange and anise.

Preheat the oven to 350 degrees. Coat two small loaf pans with baking spray (the kind with flour in it). If you don’t have that, then line the pan with parchment paper.

Whisk together the flour, baking powder, sugar, seeds, and almond flour in a mixing bowl.

Add the eggs, oil, orange zest, juice, vanilla extract and raisins, using a spatula to gently fold them just until incorporated; do not over-mix. The sticky mixture will look like a muffin or quickbread batter.

Scrape the dough into the pan with the spatula. Bake on the middle rack for 50-55 minutes, or until a toothpick inserted into the center comes out clean.

Cool completely before serving or storing.