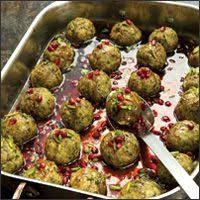 It’s Purim, and what better time to visit Persia, where the story of Queen Esther and her heroism took place? But let’s get some background first. How did our ancestors get to that part of the world?

Millennia ago, the Babylonian Empire ruled the known world. During his reign, King Nebuchadnezzar II’s soldiers laid siege to Jerusalem. After three long years, they sacked the city, destroyed the Temple, and took about 10,000 Jews into captivity and back to Mesopotamia. By the rivers of Babylon, the book of Lamentations says, we wept. But despite our sorrow, our sages managed to produce the Babylonian Talmud while living in exile.

Then, seventy years after the fall of Jerusalem, Cyrus the Great came from his seat of power in what is now Iran and founded the Persian Empire. He finished off the Babylonians and he permitted our Jewish ancestors to return to the Land of Israel. At last, we could rebuild the Holy Temple on the very same place it had been before the destruction.

But many Jews remained in Persia. They settled in provinces throughout the kingdom, including in Shushan, nestled at the foot of the Zagros Mountains near the Choaspes River. That is where the story of Esther takes place.

And, as is so typical of our history, the Jews experienced good times and bad ones.

Between the third and seventh centuries CE the Jewish community grew and thrived, despite periodic persecution. But in the seventh century, Arab Muslims conquered the country and installed Islam as the official state religion. Jews became dhimmi, second class citizens.

As elsewhere in the history of our people, throughout the 19th century Jews experienced persecution and discrimination, and it is reported that entire communities were forcibly converted to Islam. These calamities inspired both interest in the Zionist movement and aliyah to the then-Ottoman ruled Palestine by a significant number of Persian Jews.

Then, beginning in 1925 under the Pahlavi Dynasty, the country became westernized and Jews enjoyed a “Golden Age.” Under the Shah’s “White Revolution” reform plan of rapid modernization, Jews benefitted from the freedom to participate in the economic and cultural life of the country. They were Iranians, equal to their Muslim neighbors. For a little more than half a century, the Jewish community flourished. Tehran alone had 30 synagogues, and Jewish schools dotted the country.

That way of life was all to change with the Islamic revolution of 1979. What had been the Jews’ strength, their accomplishments, and their asset to the country was now viewed as a cause for hatred. The then-80,000 members of the Jewish community feared for their lives, worried that they would be murdered or expelled by the new Islamic regime. It turned out that their alarm was not unfounded, as Jews were arrested and imprisoned, accused of spying for Israel. Over a dozen have since been executed.

In response, 60,000 Jews, a full two-thirds of the Jewish population, left the country. Those who were able headed to the United States, Israel, and Europe. But after the revolution, the government made it very difficult for Jews to leave, refusing to issue passports. Some Jews fled to freedom through Pakistan or Turkey, hoping that their relatives left behind would send them the proceeds of their liquidated assets. That, too, proved problematic. The government had confiscated much, if not most, of their property.

Today, the number of Jews still residing in Iran is estimated at between 25,000 and 30,000, making it the second-largest Jewish population in the Middle East after Israel. And many are active in civic and political life. Ironically, the Jews are guaranteed permanent representation in the Iranian parliament, and the Iranian constitution mandates that one must treat non-Muslims “according to Muslim principles of ethics and justice.” Apparently, Ayatollah Khomeini hasn’t read the constitution as he routinely denigrates the Jews, accusing them of all manner of sins, from mistranslating the Koran to blaspheming Islam.

Although 100 synagogues still stand in Iran, a third of them in Tehran alone, as well as schools and a Jewish hospital, most of the synagogues are closed; the schools are required to remain open on Shabbat; and the schools’ curriculum is Islamic and taught under Muslim principals. Only on Fridays are religious classes allowed to be taught in Hebrew.

So, whether out of fear or actual belief, many Iranian Jews have become anti-Zionists, joining the annual Qods Day (Jerusalem Day) events protesting Israel. Some Jewish young men have even joined the Iranian army. Perhaps it is their anti-Zionist activities that have kept them safe. Perhaps it is their avowed nationalism, that they are first and foremost Iranians, is what has kept them alive.

So, despite over two-and-a-half millennia of life in Persia/Iran and the rich culture they developed there, the Jews of modern-day Iran are faced with yet another Haman in their midst. Where is Esther when we need her?

Recipe adapted from one by Najmieh Batmanglij

While we all love hamantaschen, why not try a main dish this year in honor of Purim? And what could be more Purim-y than Persian food? Because the pomegranate has been cultivated in that country for at least 4,000 years and is considered the “fruit of heaven,” it has a prominent place in Persian cuisine. This dish is just one of many using the fruit, its juice, or the molasses made from it. Trust me, it is scrumptious. I used ground turkey, but you can use lamb, chicken, or even a fish like cod.

For the meatballs, grind all the ingredients, except the meat, egg and oil, in a food processor until you have a grainy paste.

Transfer to a large mixing bowl and add the meat and egg. Lightly knead with your hands for a few minutes.

Cover and place in the refrigerator for 30 minutes and up to 24 hours.

Preheat the oven to 500 degrees.

Remove the meat mixture from the refrigerator and shape into 24 balls.

Place the meatballs in a large Pyrex baking dish that has been coated well with oil, and brush the rest of the oil over the meatballs.

Bake in the oven for 10 minutes.

Meanwhile, combine all the ingredients for the glaze in a mixing bowl.

Reduce the oven to 400 degrees.

Glaze the meatballs and bake for another 5 minutes to infuse them with the flavor of the pomegranate.

Adjust seasoning and sweetener to taste.

Place the meatballs with sauce in deep serving dish and garnish with pomegranate arils.

*If you can’t find pomegranate molasses in your grocery store, you can either order it online or make your own by combining a quart of pomegranate juice with 2 tablespoons of lemon juice ½ cup sugar, and simmer until it is about one-quarter of the original volume.