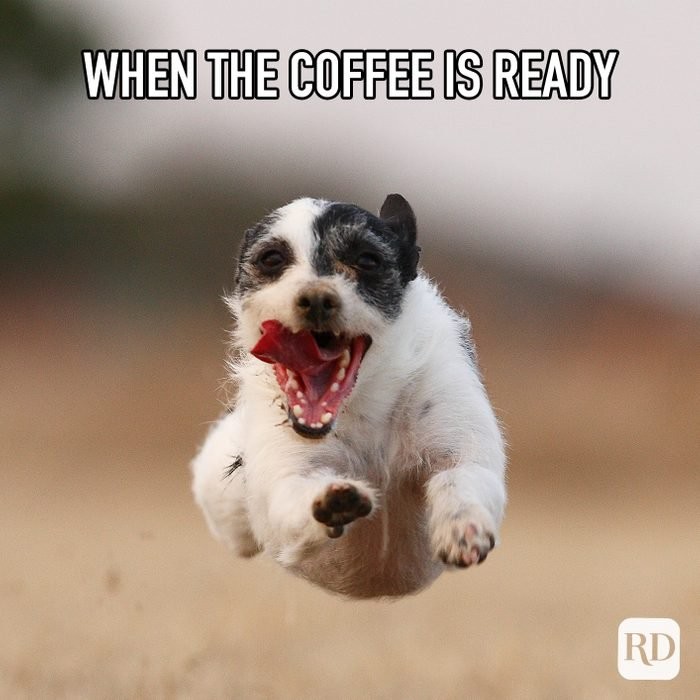 We just returned from a fabulous trip to Israel, where we attended the 100th national convention of Hadassah. I could go on and on about the heartwarming stories of the people whose lives we’ve saved at our two hospitals. Or I could kvell about the children whom we’ve rescued from around the world through Youth Aliyah. Or I could rhapsodize over the heavy-duty educational modules that helped us understand the recent elections, security issues, and developing communities in the country.

But this is a column about food and its travels, so I am going to talk about something we discovered anew while there: the coffee.

Let me back up a bit. The first cup of coffee I drank in Israel was at the age of nineteen. My first night on kibbutz, I headed to the mo’adon, the lounge, where a kibbutznik working at the bar handed me a cup of coffee. I took a big sip and immediately thought that I had swallowed mud. Was this some sort of hazing for the new volunteer? A terrorist plot? Neither. I learned that “mud” (botz) is exactly what they call the stuff that settles to the bottom of a cup of Turkish coffee.

Suffice it to say, I did learn to love Turkish coffee. The only other choice at the time was instant coffee, what Israelis called “nes-café.” The term is a play on words since the word for “miracle” is “nes.” (as in the “nes” on the Hanukkah dreidel.)

Fast forward to 2022, where the varieties of coffee drinks available in Israel rivals that at any Italian café. But what impressed us is that the coffee — even the decaf variety — was so delicious. Upon returning home, we were shocked at how awful our home-brewed cup of joe was.

So, what makes Israeli coffee so good? Both geographically and culturally, Israel, with its immigrant populations from countries as diverse as Iraq, Germany, the FSU, and the United States, is an amalgam of east and west. So, it should be no surprise that its cuisine — and its coffee — would manifest these diverse cultures’ influence. Therefore, Israeli cafes offer Italian espresso and cappuccino as well as the Middle Eastern Turkish coffee.

Now for a little history. The coffee bean has its origins in the ancient coffee forests of the Ethiopian plateau, where legend has it that a goatherd noticed that his charges became quite lively after chewing on the coffee berries. As early as the 1100s, historical documents indicate that Arab slave traders brought the beans across the Gulf of Aden to Yemen, where it was first brewed. The beverage became popular there and by the 16th century it was known in Persia, Egypt, Syria, and Turkey. But it was in the holy city of Mecca where the first public cafés were established. And they became social centers, where people could not only converse with friends, but listen to music, play games, and watch performances.

Word of this wonderful beverage traveled back to Europe, and by the 1600s coffee became popular all across the continent, although not without some controversy. It took approval by no less a figure than Pope Clement VIII (after he enjoyed a cup of the stuff) to get things going in all the major European cities.

According to a recent exhibit at Jerusalem’s Museum of Islamic Art, coffee first came to Israel even earlier, by way of Egypt. As long ago as 1580, Rabbi Moshe Mitrani, a close colleague of Rabbi Joseph Caro, wrote of a café in Safed, although not in particularly complimentary terms. He felt that no good could come of frequenting such places as it might lead to assimilation. (If he saw the cafes in Israel today, he might be more concerned with the many hours that people spend enjoying their coffee with friends rather than working or studying Torah.)

Fast forward to 1959. Polish-born agronomist Israel Gindel wrote a book that described his experiments in coffee cultivation at the Neve Ban forestry research station. Gindel dreamt of vast coffee plantations in Israel and worked with several strains of the plant in an attempt to adapt it to the geography and climate of the country. Unfortunately, as Gindel’s colleague Shimon Lavee reported, “An avant-garde hobby like the acclimatization of coffee plants was not the top agenda for people of that era.”

But more recently, industrialist Ram Evgi, CEO of Coffee-Tech Engineering, became interested in in the effects of storage and roasting on coffee freshness and flavor, and he took up the challenge to grow coffee. On Israel’s Coastal Plain he planted 30 coffee trees representing different strains of coffee. Among the successes was the Golda variety, related to the Arabica bean, one of the very ones with which Gindal had worked.

Israel now exports close to $10 million worth of coffee annually and the hope is that it will grow. The main buyers are the United States, Canada, the United Kingdom, Japan, Hong Kong, and Cyprus.

So now we’re back to the question: What makes Israeli coffee taste so good? According to Yahel Shefer, the curator at the Museum of Islamic Art, it’s the cardamom that was originally brought from India via the spice trail and was added from the beginning.

You don’t need a traditional finjan pot to make Turkish coffee, but if you have one it will add to the atmosphere of the coffee-making ritual. Remember to let the coffee grounds settle to the bottom of your cup before sipping. Don’t worry; the coffee will still be hot.

If you don’t like Turkish coffee, simply add the spices to the grounds in your drip pot!

Give a good stir to incorporate. Do not stir after this point.

Heat the pot on a medium flame. As the liquid becomes hot, it will begin to foam up. Keep an eye on the pot. Don’t let it boil or the coffee will be bitter.

Remove the pot from the heat and skim the foam off the top, spooning it into demitasse cups.

Put the pot back onto the flame until foam rises again.

Remove the pot from the stove and slowly pour the coffee into the cups, allowing the foam to rise.