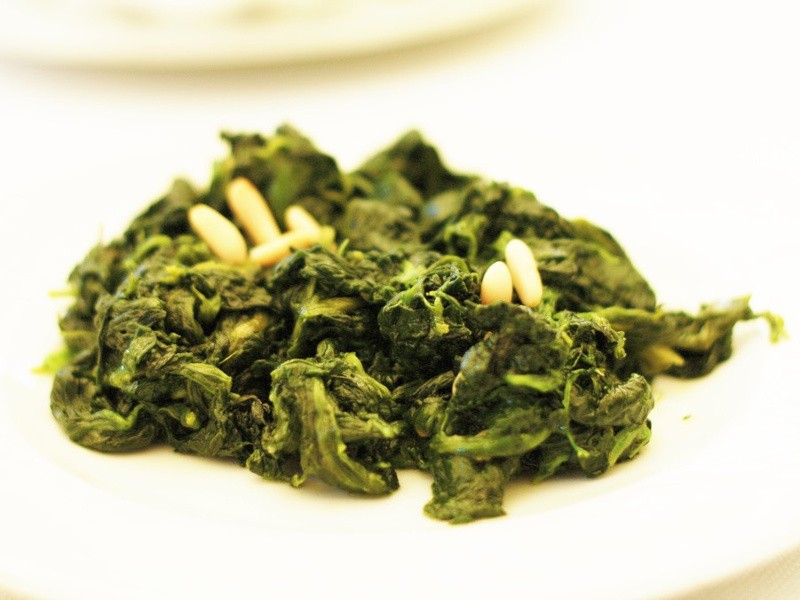 From ancient times, the Tribe has had a mixed relationship with Italy, experiencing success but also oppression

Silvery-green olive trees shimmer under a blazing Tuscan sun. Vines laden with pendulous bunches of grapes climb rocky terraces. Frescoes, oil paintings, sculpture, and statuary fill churches and museums to the brim. Trattorias, osterias, ristorantes, and gelaterias line the streets of every city. And the wine! Italy is the only place on earth where I can drink the wine without fear of a migraine to follow.

Despite Italy’s fine reputation for art, food, and wine, the country has had a mixed relationship with its Jews. Tribespeople have risen to high levels of business, the arts, government, and the military in one era but confined to ghettoes in another. They’ve mixed at the highest levels of society but perished in concentration camps in the next.

Although Italy has never been home to a large Jewish population, our people have had a presence in the country since the second century BCE, when Judaea allied with the Roman Empire against the Hellenistic Seleucids (of Hanukkah infamy). The High Priest Simon Maccabeus, leader of the Hasmonean dynasty, sent a delegation to Rome to negotiate a deal and found a small Jewish community there.

Interesting factoid: Rome claims to be the site of the longest continuous Jewish presence in the world after Jerusalem.

But alliances change. The Romans, coveting the Middle Eastern crossroads in the Mediterranean, made war against Judaea three times over several decades, beginning in the first century CE. They sacked Jerusalem, destroyed the Second Temple, and brought our ancestors as slaves to Rome, where the emperor Domitian erected the Arch of Titus to celebrate the victory. In fact, one of the carvings on the arch depicts the captured Jewish slaves carrying the Temple's menorah.

The menorah has not been seen since. And Jewish history changed forever.

As if slavery wasn’t bad enough, the Romans then forced a tax upon every Jew in the empire. This was a particularly heinous act for devout Jews as it took the money meant for the maintenance of the Temple in Jerusalem to support the idolatrous Temple of Jupiter in Rome.

A couple of centuries later, while Christianity grew as the official religion of the Roman Empire, our status in Italy declined even further. Emperor Constantine established onerous restrictions on the Jews. We did enjoy a brief reprieve under his successor, Julian the Apostate, who even encouraged the Jews in their quest to build a new Temple in Jerusalem. Unfortunately, his death cut that interlude short, and just two years after his ascent, his successor, Jovian, rescinded Julian’s liberal policies toward the Jews. Oppression began again.

By the turn of the 6th century, however, Jewish life flourished in cities from Milan in the north to Palermo in the south, and Rome in the middle. Neither the various popes nor the leaders of the various city-states in Italy bothered the Jews. In fact, they chose to take advantage of their business acumen and even provided a bit of protection to the community.

But, as the roller coaster that is our collective story goes, the Jews suffered sanctions ranging from special taxes to expulsion, and the situation changed depending on which pope sat in power. For example, Pope Alexander III in the 11th century vetoed anti-Jewish laws proposed by anti-Semitic advisors. But Pope Innocent III in the 12th wasn’t so darn innocent. He not only threatened to excommunicate anybody who hired a Jew for public office, he had every Jew already employed fired. The final insult: he ordered the wearing of a yellow badge.

Fast forward a few centuries to 1492, when King Ferdinand and Queen Isabella of Spain issued their Alhambra Decree, also known as the Edict of Expulsion. They ordered all practicing Jews banished from the kingdom. Many of them fled to Italy and, depending on the rulers of its various city-states, found differing receptions. Some reached safety under the protection of King Ferdinand I of Naples, while others found safety in Tuscany. Pope Alexander VI welcomed our folks from both Spain and Portugal into Rome, stating publicly that they were "permitted to lead their life, free from interference from Christians, to continue in their own rites, to gain wealth, and to enjoy many other privileges.” Some popes even hired Jewish physicians in direct conflict with the Spanish monarchs’ edict.

One of the families that stopped in Italy on its way from the Iberian Peninsula to ultimate freedom in the Ottoman Empire was that of conversa Beatrice Mendes. Famous for helping fellow conversos escape the clutches of the Inquisition, she stayed for a while in Venice before fleeing to Ferrara, where Duke Ercole II welcomed her to the city and promised freedom to practice her religion. It was in Ferrara that Beatrice openly declared her Judaism and reclaimed the Jewish name by which she is known even today: Doña Gracia Nasi.

Unfortunately, other areas of Italy were not so welcoming. Throughout the 16th century, conditions deteriorated. Venice established the world’s first ghetto in 1516, building walls to contain the Jews in the neighborhood in the shadow of the foundry to contain the Jews. And in Rome and Genoa, conditions of poverty and hunger worsened so that the Jews were forced to accept baptism simply to survive. In response to increasingly worse circumstances, the community gradually moved northward, ultimately migrating to Poland and Lithuania.

By the 20th century, things went from amazing heights to calamity. Rome had a Jewish mayor, the country elected a Jewish prime minister, and over a dozen Jews served in the Senate. During World War I, Jews served in the military as officers, and many hundreds of them were decorated for valor.

Then fascism arose in the 1930s and, despite the movement’s blatant anti-Semitism, many Jews supported the fascists. In an example of pure realpolitik, Italian leader Mussolini — Il Duce — wanted to reduce British influence in the Middle East. At the same time, Revisionist Zionist Vladimir Jabotinsky wanted to establish a naval officer training facility for Palestinian Jews in Italy. A deal was made, but it was a deal with the devil.

With the establishment of the racial laws in 1938, things went from bad to worse. These new fascist-imposed regulations restricted Jews’ civil rights, banned our books, and excluded Jews from public office and higher education. Other parts of the law stripped Jews of their assets and restricted travel.

Ironically, Italy took in many Jewish refugees from Nazi Germany, but despite the Fascist government's original refusal to deport Jews to the death camps, about 15% of Italy's Jews perished in concentration camps.

Perhaps in atonement for its behavior toward its Jews, Italy has erected monuments to commemorate the Holocaust and holds annual memorial services to honor those thousands of Italian Jews who perished. But unlike most countries, Italy has included Jewish history in its public school curriculum.

Italy’s Jewish population has gradually dwindled since the end of the war, and now makes up less than one half of one percent of the nation’s 61 million people. But most Jews in Italy today are not native, but immigrants and children of immigrants, and they congregate mainly in Rome and Milan.

Despite the small numbers, there are 21 distinct Jewish communities across the country. The Unione delle Comunità Ebraiche Italiane is the umbrella organization similar to our Federation that represents the community. Synagogues, many ancient and in various stages of restoration, can be found from Rome to Siena to Venice’s ghetto. There are also museums, ancient Jewish neighborhoods, and archeological sites to visit.

But be sure to bring your passport with you when you do go, as security is very tight at Jewish institutions.

This recipe, a combination of sweet and savory flavors, can be used by itself as a side dish, or encased in a phyllo dough pocket or pie.

Heat a teaspoon of olive oil in a large skillet. Add rinsed spinach and sauté quickly, turning spinach frequently, just until wilted. Transfer spinach to a colander to drain.

Add onions and cook over medium heat until they are translucent, not browned, 5-8 minutes.

Add salt and pepper to taste.

Serve warm or at room temperature.