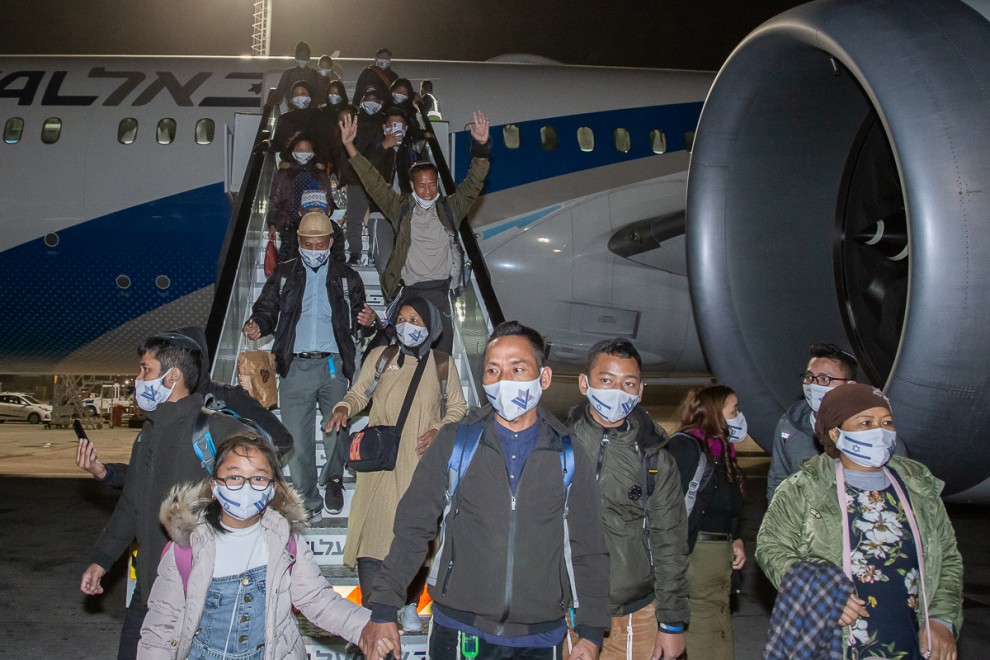 Indian Jews? And no, I don’t mean the Native Americans that 19th century clergy believed were remnants of the Ten Lost Tribes. I mean Jews in India.

And why not? After all, following conquests and expulsions by a series of enemies over the millennia, our ancestors have found themselves dispersed to all four corners of the globe. In previous columns, we’ve seen how, following the Assyrian conquest, some Jews migrated south to Africa. Much later, some crossed the Atlantic to South America. So why wouldn’t others have traveled east to India?

India has been home to several diverse communities of Jews arriving at different times in history, from as early as the 10th century BCE. In fact, Jews were one of the first foreign religious groups documented to have arrived in the country, and they have enjoyed a life there relatively free of the anti-Semitism so common in other countries (key word “relatively”). Because of that welcoming atmosphere, they have been active over the centuries in all facets of Indian society, including business, government, the military, and the Bollywood film industry.

The oldest community of Jews in India are those known as the Cochin Jews, named for the tropical islands off the southwest coast of India they came to at the time of King Solomon. According to historian Shalva Weil, they traveled along with the king’s merchant ships and remained. Eleven centuries later, following the Romans’ destruction of the Second Temple, refugees from Judaea joined them.

The Cochin Jews enjoyed a very close relationship with their Indian rulers. It was so special, in fact, that in the year 1000 CE, the King of Kerala granted to one Joseph Rabban special privileges as described in a set of engraved copper plates. These plates testify that these rights and privilege shall remain with the Jews “as long as the world and moon exist.” The plates are kept today in a glass display case at the Paradesi synagogue in Mattancherry.

The Jews lived peacefully for centuries after that, but apparently the “world and the moon” did cease to exist because, after Rabban’s death, the copper plates lost their powers. Privileges that the king had granted were revoked, and in 1524 a band of Moors, jealous of the Jews’ success in the lucrative spice trade, attacked the community of Kondungallur, destroying homes and synagogues.

Yet another group of refugees, called Paradesi Jews, joined their fellows in Cochin the 15th and 16th centuries. Mostly conversos fleeing the Portuguese Inquisition, they came to Goa, on the southwest coast of India. Remember that word “relatively”? Unfortunately, the Paradesi were not to find peace there because in 1505 Portugal, having benefitted from Vasco de Gama’s discovery of the route to the Far East, claimed parts of India as its own. The Portuguese established a branch office of its Inquisition, centered in Goa. During their reign of terror, they charged over 16,000 “Old Christian Nasranis” with Judaising and “New Christians” with crypto-Hinduism. Dozens were executed.

The Portuguese continued persecuting the local Jewish population until the much more tolerant Dutch seized control of their outposts in 1660. In a nice historical twist, a Baghdadi Jew, Lt-Gen J.F.R. Jacob was elected state governor of Goa in 1998. He was just one of many other Jews in prominent positions, but that accomplishment in Goa was especially sweet.

In the meantime, the British also wanted to take advantage of the East Asian spice trade, so in 1608 they established themselves in other parts of the country with their East India Trading Company. Then, in 1858, the British Parliament passed the Government of India Act, transferring power over India from the Company to the Crown, under whose rule India remained for almost a century.

While under British imperial rule, Indian Jews prospered, due in large part to the connections they made throughout the empire. Because they had done so well under the Raj, many assimilated into British culture and began speaking English. And why not? Unlike in other countries where the Jews prospered, the non-Jewish Indians did not display overt jealousy, and the Tribe suffered virtually no anti-Semitism.

Even so, despite the community’s success and acceptance, several milestone events changed things. Upon the end of the Raj in 1947, the subsequent rise of Indian nationalism, and the establishment of the State of Israel in 1948, the majority of Jews made aliyah to Israel. The mass migration left a mere 5,000 Jews in India, primarily in the capital city of Mumbai. Despite such a significant decrease in population, the remaining Jews have continued to play an active role in Indian life.

The next wave of immigrants after the Paradesi were the Baghdadi Jews. Hoping to take advantage of trading opportunities, they landed in the west-coast port of Surat in the early 1700s. They were joined later by their co-religionists fleeing religious persecution in the Muslim countries. Although they were all called Baghdadi Jews, they came to this west-Indian state not just from Iraq, but from Iran, Turkey, Syria, and Afghanistan, as well. This group found great commercial success in their new home country.

The third main group of Jews in India is the B’nei Israel. According to historian, Shalva Weil, the B’nei Israel claim their roots from 14 Jewish survivors of a shipwreck of refugees who washed ashore some 1900 years ago. Despite their claims of being descended from the kohanim, the Temple priests, they assimilated into the local culture so much that their ignorance of Judaism grew — although they did continue to recite the Shema and observe Shabbat. In fact, according to historian Nathan Katz, their Indian neighbors nicknamed them the "Saturday oil-pressers" because they did not work on Shabbat.

The Cochin Jews, in the country much longer, took it upon themselves to provide instruction to the B’nei Israel in normative Judaism. However, even with the education and their ultimate return to their ancestors' faith, when B’nei Israel members made aliyah to Israel after the establishment of the State, the Rabbinate didn’t immediately accept them as Jews. Luckily, that changed in 1964.

And then there are other, smaller groups who claim descent from the Ten Lost Tribes. The B’nei Menashe live in the northeastern Indian state of Mizoram and Manipur. While this group claims ancestry in the tribe of Menashe, Baptist and Evangelical missionaries converted them en masse to Christianity in the 19th century. In the 1970s, this group reclaimed their faith and began to practice a form of pre-Talmudic Judaism. Similarly, the B’nei Ephraim maintain they are descended from the tribe of the same name. This group’s reclamation of the faith of their ancestors dates from as recently as 1981.

I would be remiss if I didn’t mention an incident that marred modern life in India. In 2008, Islamic extremists from Pakistan murdered scores of people in 12 separate locations in Mumbai, including at the Chabad House. While not committed by Indians and targeted not exclusively at Jews, the massacre was most definitely an example of radical religious zealotry.

This curry is very popular in the Indian Jewish community, and no wonder why. It is easy to prepare and fills the house with the most wonderful aroma. And the taste! A hint: Make this the day before you plan to serve it. The flavors meld overnight and render it even better the next day.

In a large stockpot, sauté the onions and the sugar in the oil over medium heat for 3 minutes, until soft.

Add the chicken pieces and coat well with the onion and spice mix. Cook for 2 minutes.

Add the chopped tomatoes, tomato paste, 1 tablespoon of the vinegar, and half the lemon juice, stirring to mix.

Bring to a boil, then lower the heat. Cover and simmer for 60 minutes, or until the chicken is cooked through.

Turn the heat off and add the rest of the vinegar and lemon juice. Stir to mix.

Turn everything onto a serving platter. Grind pepper over all.

* Make sure to put the cardamom pods to the side. While they impart terrific flavor to the curry, they are not pleasant to eat by themselves.

Photo: On December 15, 2020, 252 new olim from India’s Bnei Menashe community landed in Israel. Hailing from northeast India, they have preserved Jewish tradition across generations. Photo by Eleonora Shiluv, courtesy of the Israel Ministry of Aliyah and Integration