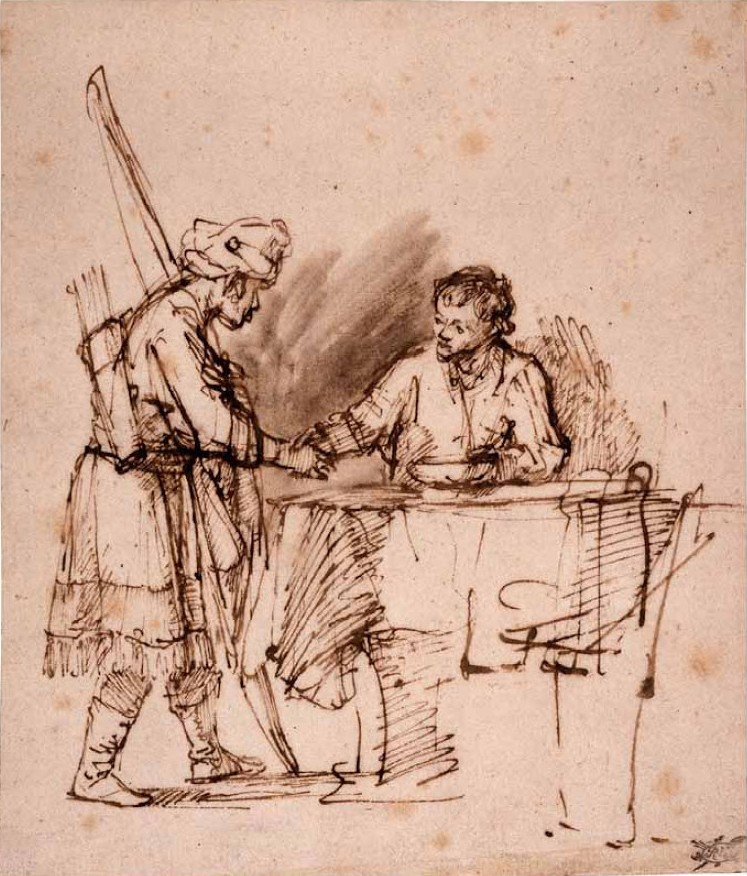 The Torah portion Toldot that we read on the Shabbat of November 26 opens with the fertility struggles of Isaac and Rebecca, and Rebecca’s ultimate pregnancy with twins, Esau and Jacob. As the narrative progresses, we read that one day, the now-adult Esau comes home tired and hungry after hunting in the fields. He finds his brother Jacob preparing a lentil stew and pleads with him, “Give me some of that red stew because I am famished.” Jacob responds by demanding that Esau sell his birthright. Without blinking, Esau agrees, saying, “Here I am going to die, so why do I need the birthright?” He consumes the stew. But when Jacob later receives the birthright blessing from Isaac, Esau becomes furious.

The birthright was of great importance to Jacob because he knew that although both sons would receive some of Isaac's property upon his death, only the firstborn son, possessor of the birthright, would both get a double portion of property and become the leader of the family. Jacob could see the future and he wanted to mold it to his desires, whereas Esau could only see as far as his immediate hunger.

Then we come to the lentil stew itself. Why was it so important to the story that the parasha even mentions it? As today, it was customary in biblical times to provide round foods to mourners in acknowledgment of the circular nature of life. The rabbis explain that Isaac was in mourning over the death of his own father, Abraham. Lentils fit the bill for a bereavement menu.

But if Isaac knew that Jacob was already preparing a meal for him, why then did he ask Esau to go out to kill a deer? Did he intend that the venison stew Esau prepared would be a celebratory meal? Perhaps a fitting dish on the occasion of bestowing the birthright onto his favored, first-born son?

Now, the Torah tells us that Isaac was blind, but were his tastebuds also defunct? I ask because those of us who cook know that although we can doctor up ground turkey all we want, it will never taste like ground beef. So, when at his mother Rebecca's direction, Jacob dressed in animal skins and brought goat stew to his father, how could Isaac not know the difference between the venison and goat stews?

I digress. Back to the lentil. First domesticated in the Fertile Crescent, people have enjoyed lentils for thousands of years. In fact, archaeologists have found evidence of the legume as far back as 11,000 BCE in various spots in the Middle East, from Syria to Jordan and beyond. While historians claim that the Greeks looked at lentils as fit only for the poor, Egyptians liked them so much that they even buried some in the tombs with their dead royalty. A fresco in one tomb at Thebes from around 2400 BCE, for example, depicts the cooking of lentil soup.

From the Middle East, lentils spread throughout Europe. They arrived in the Americas in the early 16th century, courtesy of Spanish and Portuguese explorers, but didn't become popular until World War II, when their protein was valued as an alternative to meat.

Lentils come in four major color types, plus other “specialty” types. But whether brown, green, red, yellow, or black, they remain a staple in Middle Eastern and Indian diets today, and because they are high in protein, B vitamins, magnesium, iron and zinc, they are also a popular ingredient in vegetarian cooking.

Harira is a hearty, protein-rich soup that acts more like a stew. It will warm you up on a chilly day. And because red lentils are a major ingredient in the recipe, it's also a fitting tribute to the week's Torah portion that occurs two days after Thanksgiving, making it a welcome change from turkey leftovers.

By the way, it's so delicious that recent dinner guests asked for seconds.

1/8 teaspoon cayenne, or less if you don't like your food spicy

*If you like this fresh herb (I'm one of those for whom it tastes like soap), then substitute 3 tablespoons chopped fresh cilantro for the dried.

In a large pot, heat 3 tablespoons oil over high heat until hot and shimmering.

Add onion and garlic, and sauté until golden, about 4 minutes.

Add broth, 2 cups water, lentils and carrot. Bring to a simmer, then partially cover pot and turn heat to medium-low. Simmer until lentils are soft, about 30 minutes.

Taste and add salt if necessary.

Stir in lemon juice and cilantro.

Image: Sketch of Esau selling his birthright to Jacob by Rembrandt, from The British Museum.