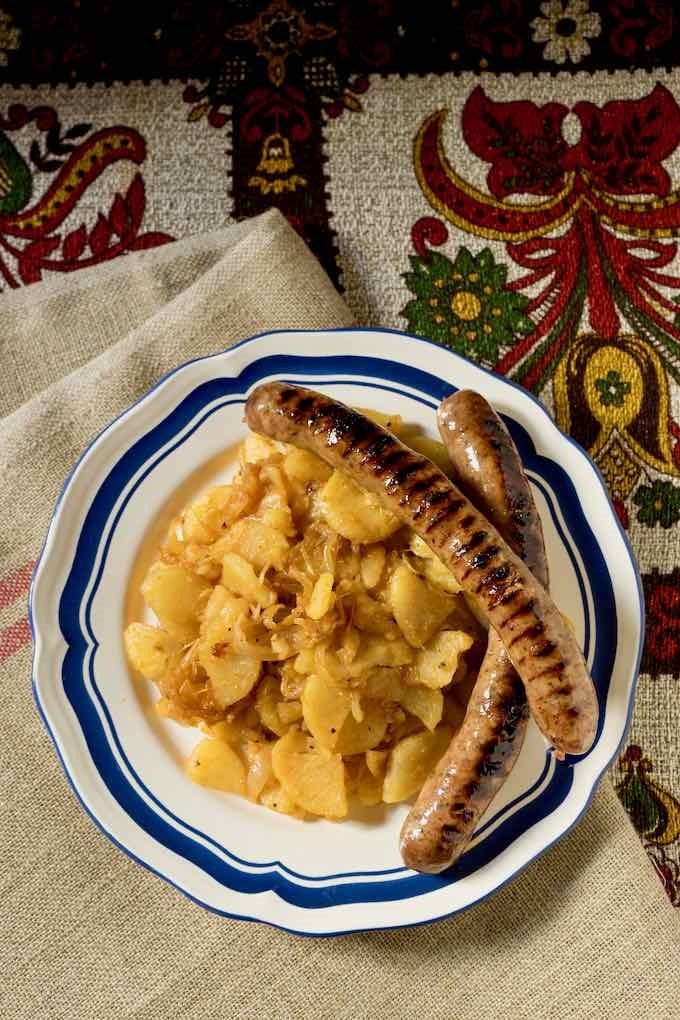 The Berkshire Hills Hadassah book club recently discussed David Grossman’s latest tour de force, More Than I Love My Life. The novel is a many-layered exploration of how both history and personal choices combine to impact the lives of subsequent generations. The story itself is a fictionalized version of the life of Eva Panić Nahir, an immigrant to Israel whom Grossman befriended over a period of years. A Jewish Croatian, Nahir was imprisoned and tortured on the barren and remote island of Goli Otok, under the regime of strongman Josip Broz (“Tito”).

The only connection to Croatia I’ve ever had was a trip planned with a fellow kibbutz volunteer back in the 1970s. We had heard about the magnificent coastline of the then-Yugoslavia and had arranged to pick up a van in Corfu (probably a beat-up hippie mobile) as the starting point for a journey through Europe. My dad nixed that idea the moment he heard about it, so I have never seen the place. But that gorgeous coastline still calls to me.

Upon reading the book, I became curious. What was our Tribe’s history in Croatia? Do we have a presence now?

Today, our presence is a mere 1,700 highly assimilated Jews who experience antisemitism, Holocaust denial, and Church-orchestrated obstacles to doing business that might compete with Christians. Jews have lived in what is now Croatia since the 7th century CE. However, little is known about them until the 13th century, when (surprise, surprise), the ruling regime, fearful of competition with its Christian citizens, enacted laws against Jewish participation in business.

This situation improved somewhat later in the 13th and 14th centuries when the Jewish community was allowed to rule itself via a panel of communal leaders known as a magistratus Judaeorum. During this time, the economy prospered, Jews and their Christian neighbors got along, and the Jewish population increased.

But as Ferdinand and Isabella began to consolidate their power on the Iberian Peninsula and empower the “Holy” Office of the Inquisition in the mid-15th century, sentiment again grew against the Jews. The intolerance spread throughout Europe and into Croatia. Our numbers were deemed “too high.” Terror and expulsion followed, and the Jews disappeared from the area for the next two centuries.

Ironically, many Sephardic Jews, among them the great Doña Gracia Nasi, spent some time in Ragusa (now Dubrovnik) on Croatia’s seacoast while escaping the Inquisition. The city’s ghetto has stood since that time, and the Old Synagogue in Dubrovnik is the oldest Sephardic synagogue still in use today and the second oldest in Europe.

Things started to look up again toward the end of the 18th century under Emperor Joseph II. Jews began to return to the area, but it wasn’t until 1873 that they were granted full citizenship. From that point on, Jewish numbers increased from a mere 869 to an astounding 20,000 souls spread among 21 different communities.

By the time the Nazis came to power in the 1930s, Croatia’s Jewish population had grown to 25,000. Again, we were considered too numerous and prosperous to suit the regime. Croatia became a puppet state of Germany, and its government collaborated with the Nazis and the Italian fascists. The ultra-nationalist and fascist Ustasa deported its Jews to Auschwitz. By the end of the war, only 5,000 Jews had survived.

Things didn’t get any better after the war’s end. Tito, who had led the anti-Nazi effort, became both the totalitarian premier and president of the Communist nation.

And that is where much of the action of David Grossman’s novel takes place.

The book’s storyline jumps back and forth between the present and 1940s Croatia during Tito’s regime. We meet three generations of women — Vera, age ninety; her daughter, Nina; and her granddaughter, filmmaker Gili — on a journey to Goli Otok to visit the former prison camp at which Vera had been held. Using an ingenious narrative device, Grossman reveals the family’s secrets layer by layer via a documentary that Gili and her director father, Rafi, film during the trip.

I’ll leave it to you to read this astounding novel and find out what happens, but I do want to connect the book to my usual subject: food and the indelible marks it can make on our memories.

Despite a lifetime of resentment, rebellion, and regret, Nina does have one good memory of the short period she had with her mother while the family was intact. That recollection revolves around food. Nina tells Vera that, while working as a cook at a home for abused children, she prepared many of her mother’s dishes.

“They licked their plates clean. Do you know how great it is to eat yufka in chicken soup when it’s thirty degrees below freezing?”

Memories of happier times and favorite foods also sustain Vera during her time as a political prisoner on Goli Otok. Given a raw potato as her daily meal, she closes her eyes and recalls a favorite dish from her childhood in Croatia.

“Mimi the cook used to make restani krumpir for little Vera,” she says while conjuring in her imagination the taste, texture, and aroma of frying potatoes and onions.

You, too, can whip up this very easy recipe and start your own memories. The aroma alone will bring folks to your table.

Scrub the potatoes and put into a pot of cold water.

Cook until soft, about 20 minutes. Allow to cool before peeling.

While the potato is cooking, sauté sliced onion until soft and starting to brown.

Peel the cooked potato and slice it.

Add the potato to the onion and fry for about five minutes, then flip.

Continue frying until the potatoes turn brown, another five minutes.

To make this dish true to its Ottoman roots, serve hot with grilled sausage made from a blend of lamb and beef.