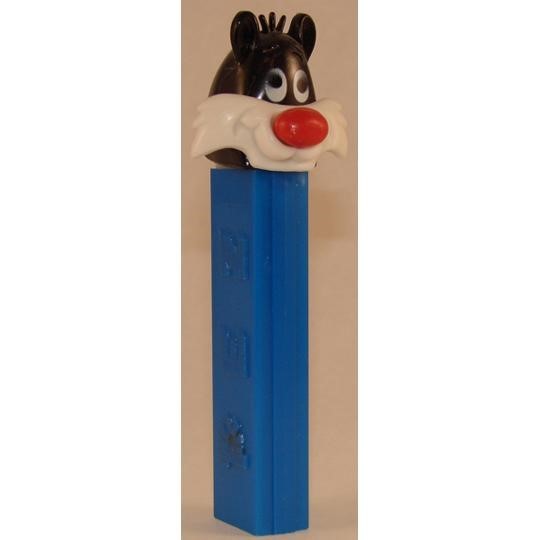 As much as I enjoy travel (we counted that in 2019, I slept in 18 different places), I also love to explore places nearby. And we do have a wealth of wonderful destinations within driving distance. Joel and I recently had the most delightful visit with friends in New Haven. A mere stone's throw away, Connecticut has it all, from the ridiculous to the sublime.

We started off our first morning at the Pez Visitor Center in Orange, where we were surrounded by all things related to the little fruit-flavored candy. We learned that Austrian candy executive Eduard Haas invented Pez in 1927 as an alternative to smoking (ahead of his time, he was an anti-smoking advocate) and that it takes its name from the German word for peppermint “PfeffErminZ." The original candies were round and came in a tin box.

The iconic dispenser, called a "Pez Box," didn't make its appearance until 1949, and looked like a plain white cigarette lighter. Boring. Pez soon moved to decorating the boxes with scantily clad "Pez girls" to entice buyers. But, when the candy came to the U.S. in 1952, adult themes didn't fly. The target audience shifted, and popular child-centered designs began their popular run as fun flip tops, known as "heads." In ensuing years, the heads have included everything from cartoon characters to presidents, and trucks to football helmets. And virtually every Pez dispenser ever made is on display in Orange, as are related items. A highlight for me was the Camilla Elphick designer pump featuring a Pez dispenser high heel.

Pez sells about 70 million dispensers and 5 billion candies every year in more than 80 countries worldwide. And while the dispensers are still manufactured overseas, every one of the tiny bricks (kosher, no less!) is manufactured at the Connecticut plant —12 million tablets every single day.

Pez dispensers have remained so beloved that thousands of people around the world collect them and attend conventions of like-minded aficionados where they can buy and sell the dispensers. And the prices can go sky-high. One fan spent $13,000 for dispensers in the likeness of Britain's Prince William and his then-fiancée Kate Middleton.

Regular admission to the museum is $5, for children 3 to 12 and Seniors $4, while $2 from every ticket is credited toward purchase in the gift shop. So of course we bought some — My Little Pony, The Flash, Wonder Woman, C3PO, and Darth Vader — for the grandkids.

On a more serious note was Ireland's Great Hunger Museum, housed at Quinnipiac College in Hamden. The mission of this unique museum is to investigate the Famine and its impact through art, artifacts, and literature. The museum has an extensive and unique collection of art ranging from contemporaneous 19th-century illustrations to present-day paintings and sculptures by Irish and Irish-American artists.

First, some background for those not familiar with the Great Hunger. In 1845, a fungus-like disease called "late blight" arrived accidentally from North America and spread rapidly throughout Ireland, destroying most of the potato crops over the course of seven years. Because Irish peasants relied heavily on the potato for sustenance, the consequences were catastrophic. In what has been described as "the worst demographic catastrophe in 19th century European history," the Potato Famine resulted in the deaths of roughly one million men, women, and children from starvation and other causes. Another million Irish emigrated to other countries, many to America. By the end of the century, the population of Ireland had dropped to half of what it had been before the blight.

We learned that this tragedy wasn't just about the potato blight and the ensuing famine that caused mass dislocation. No, it was about absent landowners' manipulation and mistreatment of tenant farmers, about how the British government took food away from the Irish to feed themselves, and about how the British "tumbled" (razed) homes and forced migration.

The ramifications of British negligence and abuse are still felt today.

Admission to the museum is $5, and is free for children, students, and Quinnipiac University faculty and staff.

On the last day of our visit, we drove home by way of Hartford to visit the Wadsworth Athenaeum Museum of Art. Founded in 1844, the Wadsworth is the oldest continuously-operating public art museum in the country, and its collection includes Greek and Roman antiquities, European art, costumes and textiles, furniture and decorative arts, and American art from the 17th century through today.

While the museum's holdings are vast, I chose to spend my time on the third floor, with its fabulous collection of American art and, more specifically, its Hudson River School landscape paintings.

Also on the third floor is a special exhibit, “Afrocosmologies: American Reflections,” in which Black artists from the late-nineteenth century to today explore spirituality, culture, identity, and the environment by examining the religious and aesthetic traditions of West Africa and the Americas. This show is only in Hartford until January 20, so you'd better hustle if you'd like to see it.

After all this museum hopping, you will no doubt be hungry. So, it you happen to find yourself in New Haven, try the pizza. They're famous for it.

Back in 1861, while America was being torn apart by the Civil War, the states of the Italian Peninsula and the Kingdom of the Two Sicilies were uniting to become one nation-state: Italy. Just a few years later, in 1880, the city of Naples produced the first modern pizza. And when in 1889 Queen Margherita came to town, pizza maker Raffaele Esposito created in her honor the Pizza Margherita, garnished with tomatoes, mozzarella, and basil, the colors of the new Italian flag.

Today, pizza is one of America's favorite foods, and the Neopolitan style of that beloved pie is alive and well in New Haven, home to a large Italian population that claims theirs as the best pizza in the country. (Apologies to Chicago deep-dish fans.)

There are a few important facts you need to know about this storied dish. First, it is not pizza, but "apizza," and it is pronounced "ah-beets." Second, unlike quick-rise New York pizza, New Haven's dough is left to proof very, very slowly in the refrigerator. Third, the crust is not only thin; it is charred (please, never say "burnt"), in a super-hot oven. Finally, although a New Haven pizza does come with a few shavings of pecorino Romano on top, the sauce is the focus. Mozzarella is considered a topping that you have to request.

I've adapted this recipe to use my bread machine for the mixing because I love the texture the machine gives.

Press "Dough" option and let the ingredients come together. If the dough appears sticky, add flour 1 tablespoon. If the mixture is too dry, add water 1 tablespoon at a time.

Place bowl in refrigerator for 48 hours.

When ready to make the pizza, transfer the dough to a floured work surface.

With floured hands, form each section into a ball.

Place one dough ball into each bowl. Lightly spray the top of each dough ball with nonstick cooking spray.

Cover each bowl tightly with plastic wrap, and let rise at room temperature for 2 hours or until double in volume.

Toward the end of the two hours, pulse the tomatoes in the food processor until chunky, NOT smooth, and add the spices.

Set the oven to 500 degrees. Place pizza stone or cookie sheet in oven.

With a floured rolling pin on a floured pizza peel or board, roll out a ball of dough into a 10-inch circle. Shake gently to make sure the dough isn't sticking to the peel.

Divide the sauce and toppings into four portions.

Spread the sauce over the dough, leaving a ½ inch edge without sauce.

Distribute the pecorino Romano, the mozzarella, and the torn basil leaves on top and drizzle with 1 tablespoon of olive oil.

Slide pizza onto the hot stone.

Bake 5 to 7 minutes, until cheese is bubbly and crust is charred in places.