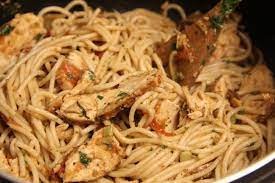 Koshersoul, Michael Twitty's latest book, is a memoir as told through the lens of foodways. The book, as the author avows, "is not an academic journey, and it's purposely not a cookbook." Rather, it a collection of memories and meditations on his life attempting to merge his Afro-Atlantic roots with his Jewish identity or, as he states, "what it means to be a person with multiple families." He takes his inspiration from the global Jewish and African diasporas by tracing the history of foods and their meanings in their respective cultures.

Black, gay, and a convert to Judaism at the age of 22, Twitty - who presented for Federation last Septemeber - tells a story is at times uplifting and other times depressing. He has faced enormous challenges while attempting to bridge divides among people. Through the various experiences he's had, whether working as a Hebrew School teacher or a caterer, relationships have run the gamut from welcoming, respectful congregants and loving students to encounters with a racist rebbetzin whose vitriol made me cringe with embarrassment for our people. A light unto the nations she was not.

And as if he weren't already battling racist and anti-gay hatred, Twitty encountered virulent antisemitism while speaking at, of all places, a food festival. When he had the audacity (naiveté?) to mention the Jewish version of sambusak that has its roots in the foods of the Silk Road, Iranian and Armenian Muslim women attacked him for using the word "Jewish." Other participants shunned him. Memories of the shameful Durban women's conference came to my mind.

As he promised at the outset, Koshersoul is not a cookbook, so it's only in the last chapter that actual recipes appear, arranged by their relevance to specific holidays and Shabbat. I chose to prepare three. First up was "Jamaican Jerk Chicken Spaghetti" that merges Twitty's Afro-Caribbean roots with what I assume must be the Sephardic experience of the Italian diaspora. The recipe required four pots, three glass measuring cups, and five measuring spoons. So, yeah, it was a patchke, but it was well worth the effort. The chicken was moist and flavorful and went surprisingly well with the pasta.

"Black-Eyed Pea Fritters," on the other hand, were definitely not worth the tremendous effort of soaking and peeling the skins off the little legumes, a process that took many hours. Although the fritters were golden brown and crispy, they had no flavor. I ended up smothering mine in mustard while Joel used ketchup. (Just FYI, the discarded skins look like a Halloween set-up of fake eyeballs. Perhaps the source of the bean's name?)

Much less work with a tastier outcome was the "Yam Kugel." To be botanically correct, however, the main ingredient is sweet potato. Yams and sweet potatoes are entirely different species of plants. Yams have rough, dark brown skin that is often compared to tree bark, and their flesh is dry and starchy like a regular potato. Sweet potatoes, on the other hand, have smooth reddish skin, softer flesh, and are much sweeter. And while sweet potatoes originated in Central or South America, the yam's origin is in Africa.

Having said all that, the kugel, no matter what it's called, was delicious. However, it was so sweet that it felt more like a crustless sweet potato pecan pie than a side dish.

If you don't like your food spicy, then use jalapeno peppers instead of habaneros. And you can really use any vinegar; malt is not necessary.

Note: This is Twitty's original recipe with one change. Although Twitty presents himself as shomer Shabbat and the title of the book does use the word "kosher," I found at least one reference to mixing meat and milk. Let's give him the benefit of the doubt and assume that the copy editor was at fault. I have removed the offending ingredient from the recipe.

The juice of 2 limes

2 cups grape tomatoes, washed and sliced in half

Place the chicken in a bowl and rub with the salt and pepper, prick all over with a fork.

The rest of the ingredients from the red onions to the oil should be blended together until pureed.  Place over the chicken and marinate for 4-6 hours.

Begin the sauce by breaking down the tomatoes.  I usually place a tablespoon or two of olive oil in a pan and add a little garlic, (you can add the optional bell pepper here) and place the tomatoes in a pan over medium heat, stirring occasionally the tomatoes will start to breakdown in about 20 minutes.

Adjust the heat accordingly and watch them like a hawk.  Don’t let them burn but make sure you stir and squish them until they give up their liquid and soften significantly.

Remove the chicken from the marinade.

Because you are using a marinade that raw chicken has been in, sustained heat is the only way to make sure you kill any germs.  Cook a half cup of the marinade in with the tomatoes and add the chicken broth. The process should take around 20 minutes from boil to simmering over a low heat.  Let the sauce develop, bubble and cook without burning it!!! Turn down to a low heat and stir occasionally.

If you have a  grill pan sear the chicken for ten minutes each on both sides.

Place in a preheated 375 degree oven for about ten minutes loosely covered with foil.

Start your spaghetti or linguine and cook according to recipe on box!

Chicken should not be overcooked.  Remove and allow to rest for five minutes and thinly slice.  Place the chicken in the sauce.  Add the margarine or oil to the pasta and toss with the chicken and sauce.

Garnish each plate with parsley and scallion.