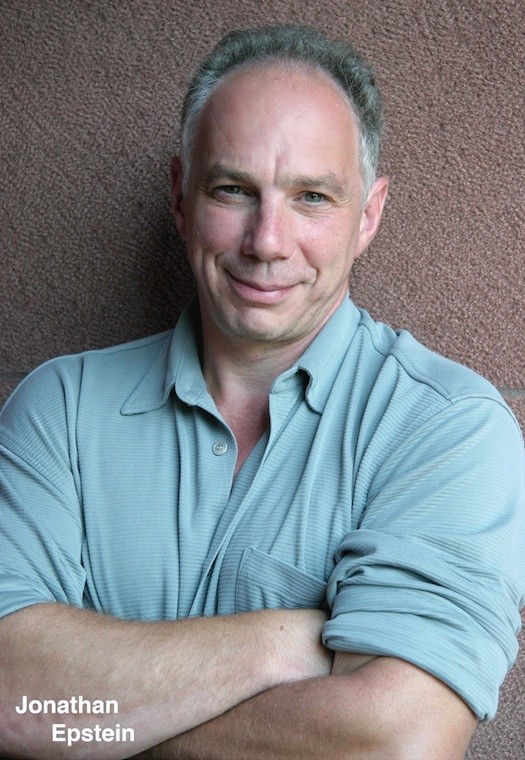 By Jonathan Epstein / Special to the BJV

What a strange, frightening, otherworldly summer it has been. For everyone of course, but in some ways most especially for those of us in the live performing arts. The world is consuming recorded performing arts like never before – Netflix, Hulu, Amazon Prime, Disney, and the like – but the community can’t gather for the live event in person without terrible risk. I suppose at least I understand the concept of Minyan much more clearly – the blessings are still the blessings but the mitzvah is different if they’re celebrated alone. Shakespeare via Zoom is a pretty slender pleasure. It’s a pretty discontented state to be in, but as one of my teachers told me: “Discontent is a threshold condition – you’re moving from one room to another, that’s all.”

In January, for me personally, the summer glimmered in the distance like an opalescent dawn. First, there was to be an outdoor production in Sarasota of Romeo & Juliet – my first as a director – with a cast made of up of my students – an especially talented and generous Asolo Conservatory MFA class. Then, playing Kent in King Lear, my favorite of all plays, at Shakespeare & Company, my long-time artistic home, with one of my very favorite actors – Christopher Lloyd – in the title role. Then Much Ado About Nothing outdoors, before rushing back to greet my next class in Sarasota. All gone, like so much else, and when and how anything of the kind can come back again is an unanswerable question.

So, what have I been doing meanwhile? Well, taking long walks, mostly around the beautiful grounds of The Mount, with my wife, Ariel. Eating lettuce from her garden which has never looked better. Giving myself a backache re-shingling the front of the house. Reading – partly for pleasure and partly to fill in gaps in my understanding – Kendi, Fleming, Oluo, and others. Writing. And thinking – a lot of thinking.

Because amid all the discontent there has been the opportunity for reflection, and for considering what it is that really matters most. There’s lots of nameless anxiety – for me, at least, often overwhelmingly strong – but there’s little sense of pressure or competition when everyone is on the bench. And so, it seems that perhaps some of the discontent we experience is not actually new, but something ancient we’ve hidden away even from ourselves and now at last have time to experience and explore. The outpouring of grief and fury at the murder of George Floyd and the surge of support for the Black Lives Matter movement is perhaps the most vivid example. There have been other such brutalities when people have shaken their heads and moved along, but that hasn’t happened this summer.

Likewise in the lively arts we have time to question what we’ve been doing and recognize our own discontent with it. Live theatre is a retail event trapped in a wholesale world, and it’s very easy these days to become utterly frustrated with how little it seems to matter. What difference does it make if a few hundred people in Lenox hear a few old words newly made truthful and vivid, see a fictional king die, see a fictional “hero” falsely accused and then exonerated, when real people are being murdered in Minneapolis and Atlanta and Louisville, when real heroes are being falsely accused without hope of exoneration and language becomes increasingly a tool for division and obfuscation? These frustrations are swallowed up by immediate concerns when the show must go on, but when the show can’t go on, we become terribly aware of them.

The thing is, it’s been clear to me for some time that live theatre, especially classical theatre which is what I’ve spent the better part of my life learning how to do, is in horrible trouble. This summer has finally afforded me time to write a book about how to do it, but I may be writing for ghosts. Classical theatre, which since Periclean Athens has been a central feature of every culture except Europe in the Dark Ages may outlive me, but unless something changes, it won’t outlive my children. Our audience is aging and shrinking almost as fast as our paychecks. There are hardly any stage-actors left. Our other sources of income subsidize our participation in live theatre. It’s almost – not quite just yet – a hobby, like phonograph repair. This last has actually been some comfort until now – if we’re so poor we must surely be virtuous – a last pure bastion of liberality and inclusion. But lately even that illusion has been stripped away, most recently by such movements as those associated with “We See You, W.A.T.”* Classical theatre is certainly poor, but for all our visceral commitment to the idea of equity, inclusion, and diversity, in practical terms, and especially at the management level, we’ve been doing an inadequate job of it.

And yet, I truly believe in the necessity of Theatre and its value in the world. What the world lacks above all it seems, in this era of blindness, blame, and fright, is compassion. And what is the classical actor but the breathing embodiment of compassion – compassion made flesh? We put on another person’s clothes, live in their world, breathe their air, and speak their minds. We do it without bias or prejudice. We inhabit the lover, the prophet, the killer, the weak, and strong with equal commitment, and in public. It’s hard to do, especially when we have to offer this kind of compassion to people who horrify us, but it’s a skill, it can be learned, and it can be taught. How different would the world be, would politics be, if everyone had learned that skill?

I suppose what I’m getting at is that this frightening, unwelcome, discontented pause may be an opportunity to change direction. The classical theatre needs perhaps to stop being something people pay to watch and start being something people pay to do. If it has become a hobby – so be it – but let it become a universal hobby, or begin to be one. There’s so much joy in it – we perform sick, we perform tired, we perform ill-paid or unpaid. We wouldn’t do those things if the game weren’t truly well worth the candle. People wouldn’t be so outraged at being excluded from it – as We See You, W.A.T. makes clear they are – if that exclusion weren’t a real injury. Theatre as something that is done, not just watched, happens already, especially here in the Berkshires where every major theatre offers performance opportunities and training to the community. It’s a source of real discontent that I don’t know how to make it more universal, but I hope that means it’s the threshold of a big transition and that and perhaps by next summer “what did you do last summer?” won’t seem like such a bitter challenge.

Jonathan Epstein has performed on and Off-Broadway, in London’s West End, and at dozens of regional theatres across the country, and is best known for his 25-year association as actor, director, and teacher with Shakespeare & Company in Lenox. He is also a member of the teaching faculty for Acting at the Florida State University/Asolo Conservatory for Actor Training in Sarasota, FL.

* Editor’s Note: From the mission statement of  “We See You, W.A.T.” (White American Theater): “In reaction to civil unrest in our country, we—Black, Indigenous and People of Color (BIPOC) theatremakers—formed a collective of multi-generational, multi-disciplinary, early career, emerging and established artists, theater managers, executives, students, administrators, dramaturges and producers, to address the scope and pervasiveness of anti-Blackness and racism in the American theater.