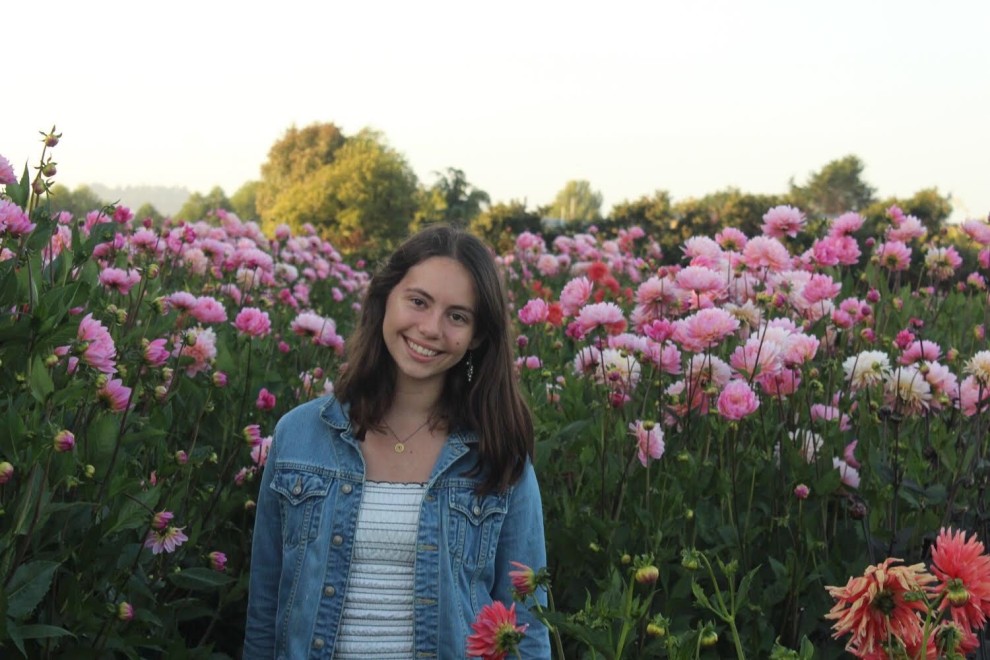 By Gaia Steinfeld DeNisi / Special to the BJV

Panic, outrage, manic euphoria, nostalgia, grief—I’ve never seen the atmosphere of the Williams campus transform as frequently and dramatically as it did in the days following the college’s decision to send students home and convert to online learning for the remainder of the semester. I am not sure what the response was at other college campuses that made similar decisions, but at Williams you would be hard-pressed to find students who were happy about the prospect of leaving the "purple bubble.”

I’m a Williams senior from Northern California. Like many other seniors, the idea of our time at this school being so unexpectedly and unceremoniously ruptured was devastating. Although I love my family and my hometown, I’ve spent the majority of the last four years nestled in this corner of the Berkshires and this small, tight-knit community has become slowly, but unequivocally, my home.

The college announced its decision on Wednesday, March 11 around 11 a.m. I had just finished an 8:30 a.m. seminar that was, in retrospect, the last normal class I’ll ever take at Williams. For the majority of the class, we discussed translation theory and carried on with the intricacies of academic debate. It was, for all intents and purposes, business-as-usual. There was almost no acknowledgment of the coronavirus until our professor said, towards the end of class, that it was probably only a matter of time until Williams transitioned online. One of the students responded that he suspected it was only a matter of hours. We were shocked and skeptical of the idea that such a drastic change might come so soon. One hour later, we all received the email informing us that we had until Tuesday to move out of our dorms.

The response on campus was unlike anything I’ve ever witnessed. Students, with very few exceptions, were in mourning. Many people did not attend classes, turn in papers, or do the readings. Many professors had no expectation that they would. On Wednesday afternoon, students gathered for a primal scream on the steps of the student center. That sound and the anguish it conveyed reverberated across campus. For those who did attend classes for the remainder of the week, the atmosphere was emotional and fiercely unprofessional. I was one of several who cried openly throughout my Thursday class as our professor spoke at length of the preciousness and rarity of what we were about to lose.

In the next few days, people oscillated between equally chaotic states of depression and mania. On Thursday, my housemates ran through the corridors screaming and blasting the song “It’s the End of the World” by R.E.M. There were so many impromptu, large-scale gatherings that the college had to send out reminders pleading students to exercise social distancing and safe hygiene practices. There were overwhelming logistical concerns of course—packing, booking transportation home, or appealing to stay on campus for those who had no safe home to return to—but mostly, students spent every spare moment desperately trying to cling to one another.

My situation was slightly complicated by the fact that I’d sustained a severe knee injury the previous week. I was unable to walk, pack, or travel and realized that I’d have to make alternate plans. It’s moments like these when I’m reminded of the immense generosity and compassion of others. Completely dependent on those around me, I watched my friends take shifts packing up my things and unraveling the world I’d created and found comfort in. My friend and classmate, Emma Lezberg of Pittsfield, immediately opened her home to me so that I had a place to rest and heal before attempting to travel home. It is difficult to be away from family at this time, but I’m overwhelmingly grateful to the Greenfelds/Lezbergs for welcoming me into theirs.

I’m not the only one who has been unable to return home. Many international students are not able to return to their countries and there are students who either cannot or do not want to return to the difficult home lives they have left behind. Droves of these students appealed to stay in the dorms on campus, and several of those appeals were granted, but space is limited and there are many who have sought havens elsewhere—with friends, professors, alumni, and distant family members who have offered shelter and comfort in the midst of turmoil. I think my injury has simply highlighted what many are experiencing during this time—how wonderful and terrifying it can be to be so utterly vulnerable and so fully at the mercy of others.

It’s a time when everyone is at their breaking point, looking like they’re continually frozen in the moment of shattering. Yet it is also a time when barriers collapse. I have never felt so close to my professors as I did during those last few days. I have lost track of how many tearful goodbyes I managed to cram into the last moments on campus, and how many people I swore to not lose contact with. I have never felt so full of heartbreak and love.

Even more impossible to track are the people I did not manage to say goodbye to, or the less identifiable aspects of Williams that constitute it as a unique, irreplaceable whole. I had an overwhelming desire, made even more improbable due to my inability to walk, to say goodbye to every inch of campus: every building, trail, tree, hill, store. I wanted one last embrace with each purple sunset, and friendly acquaintance, and quiet moment overlooking the valley. I realized that it was an entire world I was being asked to part with and I couldn’t find a way to gather up all the infinite pieces. I was unable to hold onto them and unable to let them go.

Once people recovered from their initial moments of shock and outrage, we recognized how fortunate we truly are to be Williams students. In light of a terrible moment of upheaval, the college surpassed my expectations with the generosity and smoothness of their transition. I’ve spoken to many of my high school friends who are going through the same process at their colleges and Williams is, as always, unparalleled. They made their decision early enough that the situation was not yet dire and panicked. Maintaining constant communication and support, they provided free storage and shipping for all students and offered reimbursements for all travel home. In addition, they provided emergency stipends to all students and reimbursed for room and board. As stressful as the experience inevitably was, they did everything possible to alleviate the pressure of transition.

I have always felt extremely blessed to attend Williams, but I did not realize until now just how much it meant to me and the other students I have shared this experience with. I am grateful for the education, support, and community I received there. I find it heartbreaking and completely earth-shattering to watch it be ripped away. Mostly though, I feel incredibly lucky to have been so fully alive, and so enmeshed in something that is this wondrous, and this astoundingly painful to leave behind.

Gaia Steinfeld DeNisi is currently a senior at Williams College. She is majoring in English and hopes to pursue a career in education or publishing. Born in Israel to an Israeli mother and American father, she grew up in Arcata, CA—a small, rural town in the coastal redwoods. At Williams, she was a leader of the Williams Literary Review, NovelTeas Book and Tea Club, and Leading Minds orientation program, as well as a member of the Concert Choir.