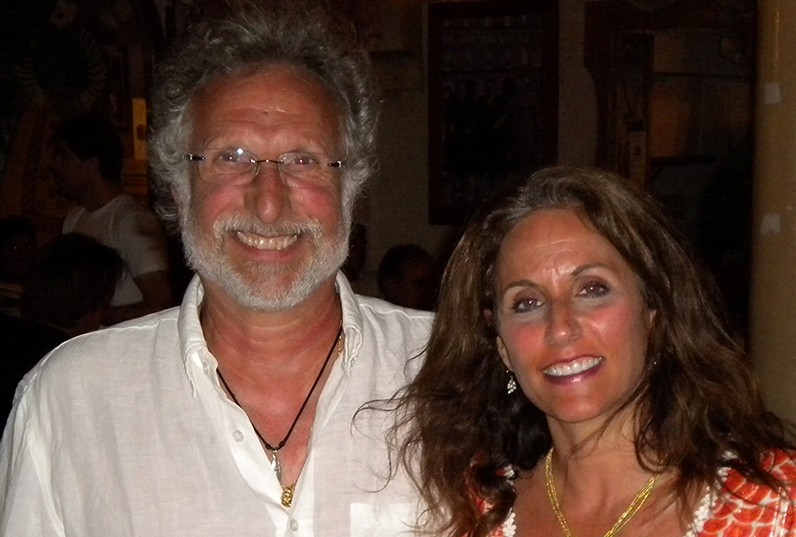 Looking for a meaningful way to bring more goodness into our world? How about making a difference in the lives of seniors, young people, and vulnerable Jews all over the world?

On May 19, the Jewish Federation of the Berkshires will launch it 2019 campaign with a Super Sunday phone-a-thon, an opportunity to give back to our community in so many ways. From 8:30 a.m.to 12:30 p.m., volunteers from across Berkshire County will be “making the call” at call centers in Pittsfield and Great Barrington, asking for support from every community member for the Federation’s 2019 Annual Campaign for Jewish needs.

Funds raised will help feed the hungry, comfort the elderly, build Jewish identity, and inspire Jewish life and learning across the Berkshires and all over the world.

What makes this Super Sunday even more exciting is that several generous donors have stepped up to create a dollar-for-dollar match opportunity for new donors and those increasing their gifts. For every increased gift, the amount above the previous year’s contribution will be matched, while every first-time donor’s gift will be matched in its entirety.

Thank you and yasher koach to Penny and Claudio Pincus, Anne Schnesel, Judy and Mark Usow, Amy Lindner-Lesser, and one anonymous donor for making this possible!

Super Sunday co-chairs Larry Frankel and Elisa Schindler-Frankel are emphatic: They want the Jewish Federation of the Berkshires to have its best year ever in 2019.

“The needs here in the Berkshires are greater than ever,” says Larry, “and so the community needs to be invested in Federation’s good work more than ever.”

The Frankels are relatively new residents of the Berkshires, having moved to Great Barrington in 2016 from the New York area. They brought with them their extensive experience in national and regional leadership positions with major Jewish institutions, most notably Jewish National Fund (JNF).

Elisa’s posts included service as JNF’s National Director of Women’s Campaigns and Special Campaigns and Chief Project Manager of its Land of Promise Foundation, along with stints as JNF’s director of affinity groups supporting Israel and the organization’s liaison to Hadassah. At Hebrew Union College, she worked as senior development officer for the Schools of Education. Elisa shares that throughout her life, she has been “devoted to sustaining and enriching the values and ideals of klal Israel, Judaism, and tikkun olam, and to stimulating the American Jewish community to be an effective voice for Israel and all Jews around the world.”

Larry, whose Berkshires connection goes back to his days attending Camp Greylock, served as president of JNF’s Westchester/Fairfield/Rockland counties region and went to Israel numerous times on JNF’s Makor and President’s Council missions; he’s served on the boards of synagogues in Westchester and New York City, as well. He’s also a photographer whose conceptual work is in the permanent collections of the Hebrew Union College-Jewish Institute of Religion Museum and the Jewish Theological Seminary. (His work was featured on the cover of the Berkshire Jewish Voice in January 2017, and you may have seen his dioramas of children’s toys in fantastical sylvan settings last autumn at No. 6 Depot Roastery & Café in West Stockbridge.)

“Larry and I are the type of people who get involved in volunteering in any community we live in,” says Elisa. “We search out what’s going on, and prioritize what we want to participate in.”

Federation’s good work in the Berkshires vaulted toward the top of their list of priorities after they attended the Major Donors event in 2016.

“We read and heard stories about anti-Semitism and racism in the local schools,” says Larry, “and how Federation leveraged its resources and partnered with the ADL, area superintendents, and some private donors to get anti-bias programs into the local middle and high schools.” Larry added that bias and racism is not simply a Jewish issue, but rather one that he – having “grown up a hippie in the 1960s” – cares about as a civil rights issue affecting society at large. And so what impressed him is that “this Federation is having a huge impact on the entire community. It is a local leader in recognizing problems relating to bias, identifying the underlying issues, and finding ways to address them on a long-term basis through collaboration with the wider community.”

He adds: “This is an organization that doesn’t shy away from dealing with the difficult issues.”

Says Elisa: “We loved the idea that the majority of the money raised locally stays here, and that donors can see the ways our dollars tangibly touch lives right here at home. What this Federation is consistently able to do with what is, compared to what we’ve experienced in other places, a limited amount of money, floors us.”

While large federations in major cities support a network of Jewish social service agencies, in the Berkshires, notes Larry, “We are very different. Federation provides so many of those services directly itself.”

“We are ever amazed,” says Elisa, “that a small staff with such a small budget is able to accomplish so much. We’re year-round residents, and I have to say that not a week goes by that we don’t notice something positive that Federation sponsors.” She cites some of the many roles this Federation plays in serving this community: compelling programming such as Connecting With Community and Knosh & Knowledge, providing PJ Library books and family-themed events for children and parents, delivering meals to seniors, publishing the Berkshire Jewish Voice and Berkshire Jewish Summer, hosting concerts and lectures, facilitating outreach by the Jewish Women’s Foundation (Elisa is a member), and making sure that everyone who wishes to attend a Passover Seder is able to do so.

Particularly worth noting are the close partnerships the Federation maintains with its affiliates. “Never lose sight that our local congregations thrive when the Jewish Federation of the Berkshires thrives,” says Elisa.

Elisa grew up in the Reform Movement, attended its day and overnight camps, and was a teen member of NFTY and WEFTY.  Not surprisingly, she enthusiastically supports the ways Federation supports the Jewish development of our young people through scholarships for Hebrew school, summer camp, and Israel experiences. “I’m a big proponent of camping,” Elisa says. “It’s a natural way to experience Judaism and form a lasting bond to it, through music, encounters with the natural world, and meeting other young Jews.”

As a member of Hevreh of Southern Berkshire, she was impressed by Federation’s co-sponsorship of the congregation’s confirmation class trip to Israel, where the group traveled to the Afula-Gilboa region and met up with their Israeli peers, connected through the Partnership2gether program. “Israel is our homeland,” says Elisa, “and forging people-to-people connections is so important. We have to understand that Israel is not just a place on a map, not just about political issues – Israel is about people.”

As a visual artist, Larry appreciates the way that Federation also brings Israel to the Berkshires through art projects like “Women and Their Olive Trees” in 2016 and Project Zug in 2018. He volunteered to host Israeli Jewish and Muslim photographers from Afula-Gilboa when they visited the Berkshires for their “Dialogue through the Lens” exhibit in 2017, making new friends and talking shop while driving them around the region to take pictures.

“I feel that it’s important that people give of their time, not just their money,” says Larry. “And there is a place for everyone to pursue their interests through something the Federation is doing. This Federation is all about inclusivity, not exclusivity.”

“On Super Sunday, answer that call,” says Elisa. “It’s a chance to have all your questions answered about what Federation does for this Jewish community and our neighbors. You’ll be able to find out ways to get involved, and the many reasons there are for you to give to this worthy organization.”