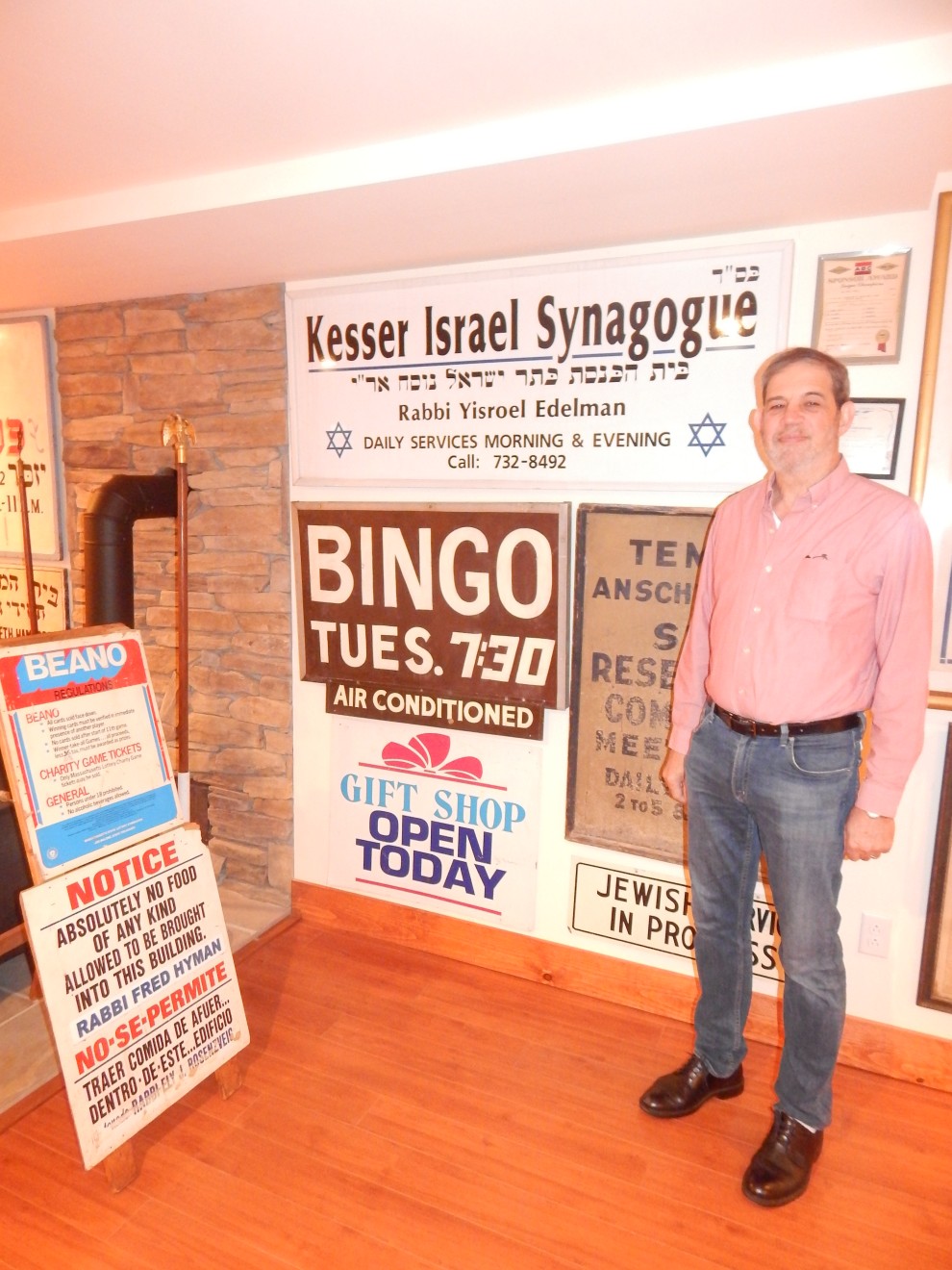 RICHMOND – On Sunday, June 2 at 4 p.m., the Jewish Federation of the Berkshires will host its major donors for an private viewing of the unique collection of historic Jewish signs, advertising, children’s books, and ephemera assembled by Rabbi Michael Strassfeld and on display in the lower level gallery of his home he shares with his wife, Rabbi Joy Levitt. Equal parts art and preservation, this extensive collection reflects an ongoing theme of acculturation and identity and the balance between them.

Rabbi Strassfeld – author of several books on Judaism and co-editor of the countercultural landmark The Jewish Catalog series – will share his insights about his collection, which was featured in a 2009 exhibit at the JCC in Manhattan.

Space is limited for this special event. Major donors who have made a minimum commitment of $1,000 to the Federation’s annual campaign are encouraged to register as soon as possible.

Rabbi Strassfeld has been collecting these types of objects for more than 30 years, his interest initially piqued after his father gave him a sign as a gift when he was a teenager. He says his collecting has gathered steam in the last 15 years – he seeks out synagogues and other Jewish institutions (mostly in the Northeast) that are closing their doors, or that otherwise might have this kind of material in storage, possibly destined for the junkyard.

The signs vary in their graphic quality. Many are crudely hand painted, meant to convey fundraising messages or publicize typical congregational offerings such as Hebrew classes or bingo nights, while some of the more ambitious pieces rise to the level of accomplished folk art. Other objects were clearly the products of considerable financial investment and communal pride, including a truly impressive assemblage of photographs of the board and officers of The Home of the Daughters of Jacob nursing home in The Bronx circa 1924 – dozens of dowdy, well-heeled balleboostas who, as Rabbi Strassfeld observed, “all seem to have gotten their bosoms in the same place.” (Even more remarkable and weird is the home’s massive album of donors, “a perpetual record of popular subscriptions to the ‘building fund’ of the new Bronx home for 600 inmates,” all handwritten.)

Separately, most of the objects on view might be appreciated as historical curiosities. Together, however, they present a rich and varied mosaic of Jewish life in the early to mid-20th century. The objects embody the values and concerns of American Jewish culture in its upper, middle, and working class expressions. They are strange artifacts from a now distant milieu of immigrant and assimilated Jews most of us will not have experienced directly, but which we are nevertheless bonded to ethnically and emotionally.

Rabbi Strassfeld’s collection invites viewers to use their imaginations, to try and connect with what the creators of these objects were thinking in making them, to enter their world. He says that it’s sometimes easy to discern the messages they are trying to convey, while at other times the meanings are more mysterious. If one looks closely enough at even the most pedestrian, utilitarian object, it may offer a hint to what its Jewish creators might have been thinking – for example, Rabbi Strassfeld points out how many of the signs’ creators employed a red, white, and blue color scheme, to affirm and display patriotism at times when Jews’ loyalty to America was challenged.

Please note, the nature of this private home requires walking down a flight of stairs to view the collection. Advance registration is required by May 28 to federation@jewishberkshires.org or (413) 442-4360, ext. 10. The home address of the event will be shared with registered participants.

For more information about becoming a major donor to the Jewish Federation of the Berkshires, please call Development Officer Leslie Kozupsky at (413) 442-4360, ext. 19.