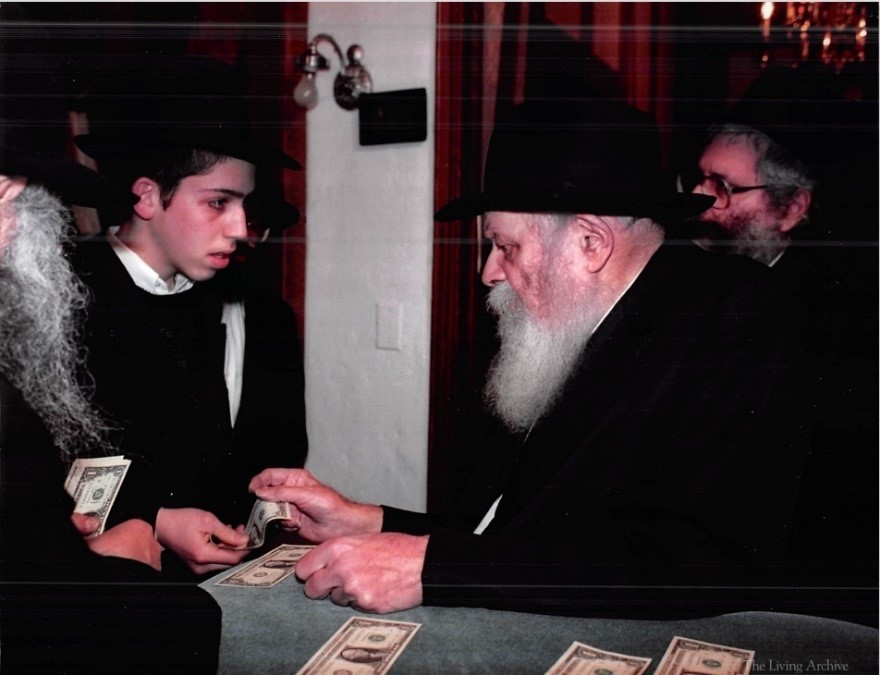 By Rabbi Levi Volovik / Chabad of the Berkshires

Many years after graduating and going their separate ways, a group of one-time students met at a reunion and were joined by their former professor, who led them in a lively discussion. “After all these years,” the professor began, “what would you say was the most exciting day in your life?” One said it was his wedding day; another recalled the birth of a child; a third said it was the day he received the job of his dreams; another related a trip of a lifetime.

And on it went. After each memorable moment shared, the professor interjected with the same comment: “Well, and the day after?” In response to the students’ questioning reaction, the professor explained: “No doubt these were all important, exciting events and significant milestones in your lives – but what happens when it is all over? Does the joy and thrill that you experience continue to build momentum through the days and years that follow? Or does the memory fade the day after?”

We recently celebrated the holiday of Shavuot, which is our “annual reunion,” reliving the magnificent moment when we all as one stood at Mt. Sinai to receive the Torah. When thundering through the silence, G-d proclaimed His “agenda” for a world filled with peaceful co-existence, unity, justice, kindness, sanctity, and respect. In that glorious moment, He transformed us into a holy nation with an awesome responsibility. And just so that the memory of that exciting, uplifting moment does not fade, every year, we renew our 3,334-year-old commitment and realign with our time-tested legacy to the dedication of life of Torah, mitzvot, and positive action that we joyfully accepted at Sinai.

The parshiyot (portions) in the Book of Numbers in our present Torah readings started with a rundown of numbers giving us the count of the Children of Israel according to their tribes. In our technological age, when computers can calculate sum totals with the press of a button and even a census can be carried out “online,” having someone write down each name seems to be an inefficient, tedious, and arduous task. But since numbers are so impersonal, we tend to forget that behind each number stands a human being, a G-dly creation of body and soul, a precious “only child” in G-d’s eyes. G-d’s count, as instructed to Moshe, therefore is different. “Take a headcount of the Children of Israel by keeping a count of their names” (1:2) does not allow the individual’s identity to get lost in the total number.

Torah gave us the status of uniqueness, each one of us as a distinct soul, each of us being a vital part of Am Yisrael. That status was bestowed upon us only after we brought guarantors that Torah would be the guiding light for generations to come. The “deal” was confirmed after we declared our children as guarantors for the eternity of Torah and fulfillment of mitzvot. The gift of Torah was not offered to one specific generation; it was intended to remain the guiding light of every future generation. Imagine having to guarantee that our children, even those yet unborn, will be the guarantors for the future. Making a commitment is difficult enough for oneself; committing for the children is something that cannot be assured. That’s almost impossible, one would say –  the children will decide for themselves. But by charging us with the responsibility to teach our children, G-d showed us how this is possible. Interestingly, the word for ‘guarantor’ in Hebrew – arev – shares the root word for sweetness. Our job, as parents, grandparents, and leaders, is to make the Torah sweet for our children, beginning at a young age, giving them an education whereby they see the beauty and joy inherent in learning Torah and fulfilling mitzvot, awakening within them the passion to learn, to do, and to create a wholesome, harmonious environment of law and order as mandated by a Higher Authority. As partners with G-d we accepted this responsibility.

World Jewry recently celebrated the 120th birthday of the Rebbe, Rabbi Menachem M. Schneerson. The Rebbe personified boundless, unconditional love for every Jew, young and old. This love was reciprocated by the multitudes from every sector and affiliation who recognized his majestic presence. From the time the Rebbe assumed leadership, he transformed the American scene with the depth of his Torah knowledge and teachings, his loving, caring, and compassionate relationships with all who approached him, and with his active mitzvah campaigns that extended to every part of the globe.

The Rebbe viewed every child, as he viewed every individual as a precious jewel with innate capabilities to grow, develop, and become a voice for our disheartened and disillusioned people. Indeed, many children years later became emissaries (shluchim), making the Rebbe’s mission their mission. Learning from the Rebbe’s example in touching every soul and elevating every spirit, they carry on his holy work with warmth and love, igniting the inner spark.

the Rebbe’s complete selflessness and devotion to tending to his flock is mirrored by the shluchim who remained in their posts until the last moment during the ravaging war in Ukraine to help their communities with food, clothing, and avenues of escape. We pray for the safety of those shluchim and the communities that still remain.

We at Chabad of the Berkshires are privileged to be part of the Rebbe’s team. We are constantly seeking ways to inspire our community through educational classes and diverse programs, and by being the hand that reaches out with kindness and support for our community and every visitor who comes our way.

The past few years have not been easy. We have been locked down and locked up, trying to pick ourselves up and move on with some semblance of “normal” life. Is this possible? Based on the following story, I believe it is. In the late 1980s, the Rebbe began distributing dollars to thousands who lined up to receive a dollar from his holy hand to give to tzedakah, along with his blessing. A young woman was one of the recipients, and as she made her exit, concentrating on the crisp dollar in her hand and the Rebbe’s blessing for success, she tripped down the few steps in front of the building. Being a bit perturbed that this occurred right after receiving her dollar, she decided to return to the line once again, tell the Rebbe that she fell down, and request another dollar. But upon facing the Rebbe a second time around, the Rebbe told her: “I did not give you the dollar so that you should not fall; I gave you the dollar to enable you to pick yourself up!” A profound lesson in life!

Yes, we may go through some difficult days that pull us down and, no doubt, affect us emotionally, materially, and spiritually, but we are given the assurance that better days are within our grasp. Let’s step up and unite in this endeavor through Torah study, mitzvot, and positive action to make it a reality. It takes the oneness of a people and the oneness of purpose to elicit the blessings for the imminent redemption that Jews the world over so urgently need!

Wishing you a healthy and enjoyable summer!

Rabbi Levi Volovik is the co-director of Chabad of the Berkshires in Pittsfield.

Rabbi Levi Volovik at age 17 receiving a dollar from the Lubavitcher Rebbe on March 1, 1992. The next night, the Rebbe suffered a debilitating stroke. The dollar received by Rabbi Volovik was among the final dollar bills that the Rebbe handed out.