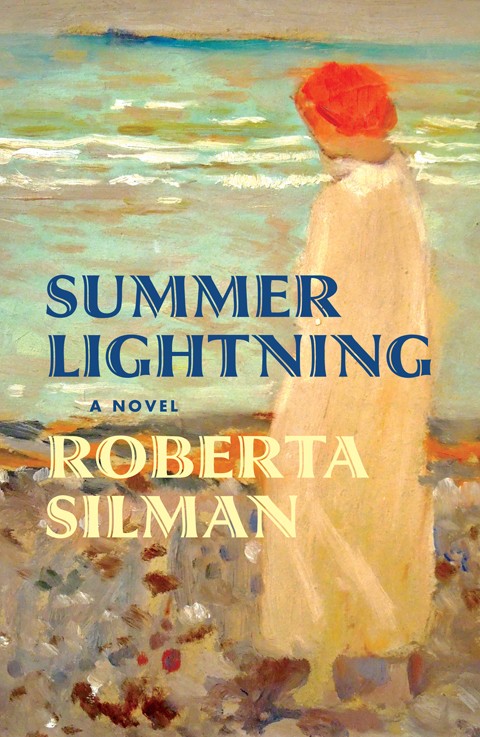 Roberta Silman is the author of four novels, a short story collection, and two children’s books. Her stories have been published by major magazines, including The New Yorker and The Atlantic, and she has won the National Magazine Award for Fiction twice. Her 2018 novel, Secrets and Shadows, about a successful man who carries with him a dark secret about the betrayal of a friend before World War II, was chosen as one of the best Indie Books of 2018 by Kirkus.

Her new novel, Summer Lightning, is a sweeping saga of a Jewish family navigating the turbulent history of 20th-century America. Silman incorporates historical events and personalities into her intergenerational narrative, which unfolds in the Manhattan of Jewish immigrant strivers, bourgeois Brooklyn and Long Island, the frenetic mid-century art scene of Greenwich Village, and at a key protest of the 1960s Civil Rights movement in St. Augustine, FL. Parts of the book are set in the Berkshires, as well.

In September, the BJV caught up with the author, who resides in Great Barrington. She talked about some of the themes of Summer Lightning and about writing historical fiction through the lens of family and lived experiences. Our interview has been edited for length and clarity.

Summer Lighting is a sweeping narrative that weaves several storylines together over many decades. How long did you work on it?

Many years. At some point, we all want to write about our childhood, and that’s how it started out. Some say that people write for revenge or desperation, but I clearly don’t. Some people will recognize my parents in two characters, Belle and Isaac, and I felt that the story of the values that they had given my sisters and me was important. As I got older, I realized that when you’re a kid, you think everybody’s house is like yours. And then you realize that there were all kinds of things happening in some houses that you had no clue about and that not everybody’s house was based on a certain kind of egalitarian values. We had a black maid [like the family in the book] and she was treated with great respect and had a place in our lives. That was part of what I wanted to write about. But I think that there was a part of me, especially in these last seven years (which have not been easy for me), that was sick of reading about all these dysfunctional families that had even greater secrets than I had written about in Secrets and Shadows — a lot of sexual aberrations, all kinds of craziness. I thought maybe it would be nice to write about people who are near-normal and have ideals.

Historical figures have important roles in the book. The first I want to ask you about is Charles Lindbergh — Belle and Isaac meet as he takes off on his historic flight, and then he reappears at various points in the book as his life and career take many dark turns. What does he represent to you within the context of the novel?

I had a connection to the Lindbergh family because when I worked at The Saturday Review in the late 1950s, Anne Lindbergh published a book of poems, which were terrible, and [poetry editor] John Ciardi simply said, “These are terrible poems, and that’s that.” And he was right. [Editor’s Note: Ciardi caused a kerfuffle with his scathing 1957 review of Anne Morrow Lindbergh’s volume of verse The Unicorn and Other Poems, which included this line: “I am compelled to believe that Mrs. Lindbergh has written an offensively bad book — inept, jingling, slovenly, illiterate even, and puffed up with the foolish afflatus of a stereotyped high-seriousness, that species of aesthetic and human failure that will accept any shriek as a true high-C.”] People went crazy and wrote letters defending Anne Lindbergh. All this happened when I was a young secretary and then an assistant to an editor at the magazine. So I had an interest in the Lindbergh family from when I was young, and I read her book, The Wave of the Future, as a child because my father was so outraged by it. [Editor’s Note: The 1940 book was characterized in 2012 by The New York Times as “a provocative apologia for fascism.”] I guess Lindbergh represented the American Dream gone wrong. He was a self-made man who accomplished that transatlantic flight and then became so conservative and so isolationist, so against all the principles that were held dear in my family.

But I think that the first scene of the characters meeting was an interesting way to begin this story. One of the things that have always fascinated me is that miraculous spark that erupts between two people. I think we’ve all felt it. Sometimes we act on it or even get married or have a love affair, but it’s a wonderfully intangible thing that happens between two people. And I wanted to start it with that mysterious spark igniting. And it seemed like anyone who went to see Lindbergh take off on his flight — which my dad did, by the way, though he did not meet my mother there — was interested in the future, interested in how the world could change. What we used to call, in kind of a blind way, “progress.”

I think it’s hard for people now to recognize how important the kidnapping of the Lindberghs’ baby was. It hung over anyone who was born in the 1930s. The idea of this famous baby being kidnapped and then found dead was part of that whole 1930s/Great Depression/another world war coming feeling that hung over people’s lives. Nobody in their right mind would ever leave a child alone in a backyard after that Lindbergh kidnapping. So the Lindberghs affected people’s lives, even in small ways.

Let me ask you another question about another historical figure that you portray in the book, the painter Larry Rivers. He represents a different aspect of the American spirit — the libertine, the artist, the creative force. He’s so unfocused — he’s a musician, he’s a painter, he’s a provocateur. He seems like an odd figure to find in this novel, in scenes where the straight-laced mother, Belle, gets caught up with his crowd of wild Greenwich Village bohemians. How did you alight upon the persona of Larry Rivers (born Yitzroch Loiza Grossberg and raised in the Bronx)?

[I was working with an agent] on this book, and he said that art was hot. Was there any way to put an art thread in this book? And I thought it was kind of an odd suggestion, but I read Larry Rivers's What Did I Do?: The Unauthorized Autobiography. I began to realize that Belle was always longing for something more. She was never quite satisfied. And I thought, well, maybe this is a way to introduce her to a world that wasn’t Jewish suburbia. I got the idea about Belle collecting art.

What was interesting about Rivers was that he never could get it together to become, quote, a great artist. He did some wonderful paintings, but he’s always been kind of a fringe figure in American art because he was just all over the place. But in a way, I thought, well, let her be exposed to those people and let’s see what comes of it. And I don’t know, it just seems to fall into place because part of the message there, if there is a message, was that be careful what you wish for.

You take the book’s title from Alexander Herzen [a 19th-century Russian writer and thinker known as the ‘father of Russian socialism’] — “Art, and the summer lightning of individual happiness: these are the only real goods we have.” To me, that seems like a strange way of putting things. What does it mean to you?

I think for the Russians, “summer lightning” was a code for happiness. I understood it as those sparks of happiness in our lives and those moments of pure joy and rapture that are present in our lives. That’s the way I felt about the love stories in the novel. Nothing was perfect but those connections. Summer lightning, I think, is a symbol of that connection between people that nurtures them. The summer lightning in Herzen’s quote, and maybe in my book, is also that which is unexpected that comes from the sky. You are not sure about it. It can hurt as well as help. Summer lighting is all the things that surprise and make life worth living and hanging on to so dearly.

Roberta Silman has received fellowships from the Guggenheim Foundation and the National Endowment for the Arts. She has reviewed books for The New York Times and The Boston Globe and writes regularly for The Arts Fuse website (artsfuse.org). More about her work can be found at robertasilman.com and she can also be reached at rsilman@verizon.net.