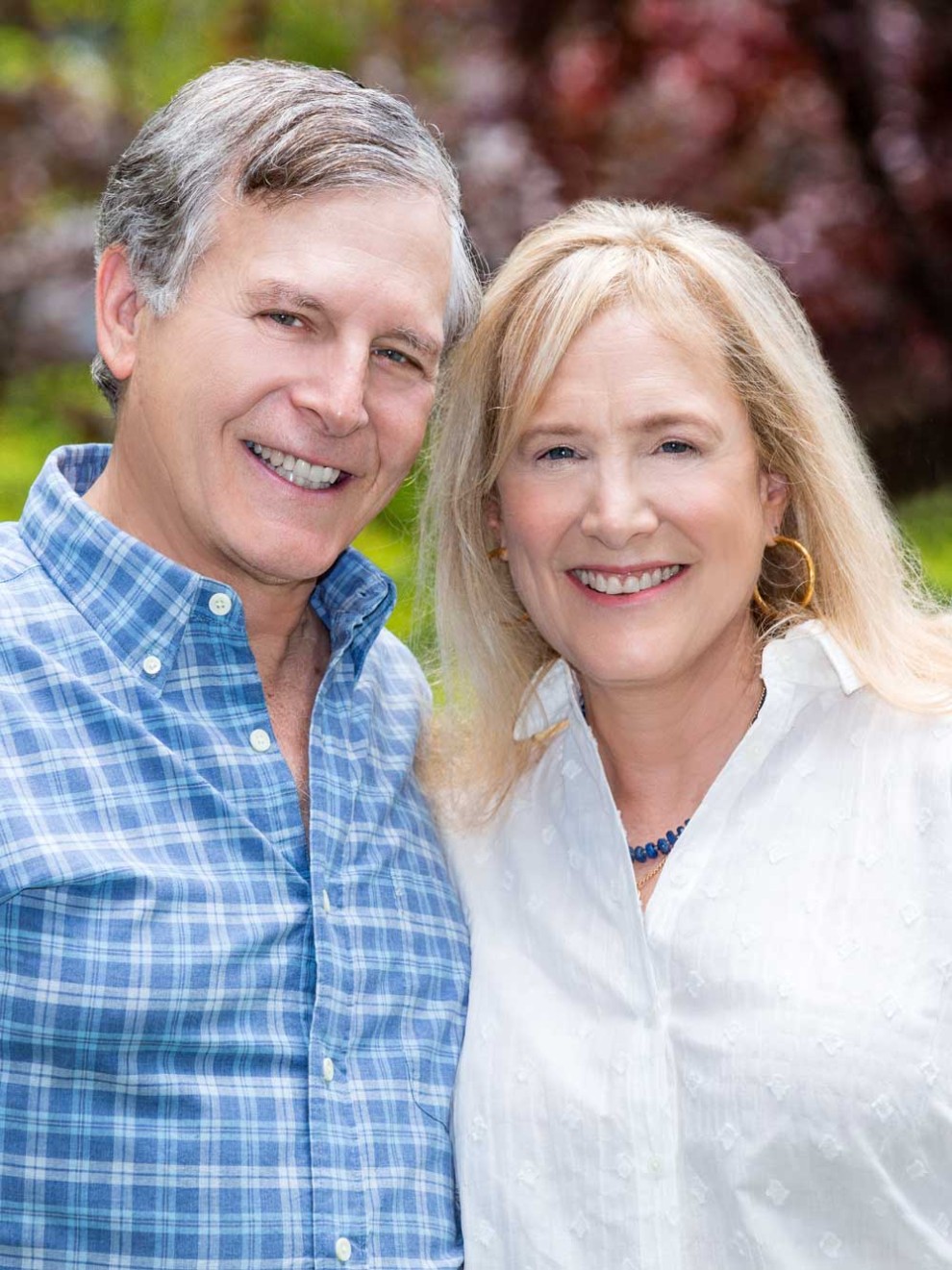 PITTSFIELD – On Sunday, July 24, from 9:30 a.m. to 11:30 a.m., the Jewish Federation of the Berkshires celebrates its Major Donors with a festive musical brunch at the Country Club of Pittsfield.

This will be our first in-person Major Donors Celebration in two years, a chance for supporters of the Berkshires’ Jewish community to catch up with one another while connecting to Federation.

Our event co-chairs are Robert Bildner and Elisa Spungen Bildner, longtime Berkshire homeowners who will share their story of how awakening to Federation’s importance to all parts of this Jewish community led them to become ever-more active as donors and leaders who are helping this organization fulfill its vital mission.

Speaking at the event will be Frederic L. Bloch, senior vice president and chief growth officer of ADL. His role involves raising awareness of ADL, improving the experience of all its constituents, and driving revenue to meet the demands of the communities that the organization serves. He’ll provide a national perspective about the work of ADL, one of this Federation’s key partners in fighting bias and anti-Semitism in the Berkshires, particularly in providing training to students and educators in our middle and high schools.

Providing the entertainment will be Paul Green & The Two Worlds Trio, members of the clarinetist’s lively jazz/klezmer fusion combo that has released two well-regarded CDs.

“It’s going to be an amazing experience for all of us to be together in celebration at long last,” says Federation’s president, Elisa Schindler Frankel.  “I am looking forward to personally recognizing these pillars of our Jewish community and thanking them for their leadership gifts to our campaign.”

She adds: “Our Major Donors are an inspiration to me and to others. They lead by example and work tirelessly to enhance Federation’s ability to make impactful community investments here in the Berkshires, in Israel, and around the world where we find Jews in need.”

Federation has adjusted the event format this year to include schmoozing and breakfast hors d'oeuvres outside on the covered porch followed by a theater-style program indoors. There will be no assigned seating. Proof of vaccination is required and the most up-to-date masking protocol will be shared closer to the event.

Sometimes the bottom line is an apt place to start a story.

Says Elisa Spungen Bildner: “The bottom line is that those of us who spend time in the Berkshires and who care about what happens to this particular Jewish community in Western Massachusetts have to devote our time and our money to make it the best it can be. And by the way, it's a great community. I'm only sorry I only walked around the edges of it for as long as I did over the decades that we've had homes in this area.”

Elisa and husband Rob are two of those remarkably accomplished and dedicated people that the Berkshires and its Jewish community are fortunate to attract. Both are graduates of Yale University and remain active as leaders in alumni affairs. Both received degrees from Ivy League law schools, and Elisa has worked as a journalist and journalism professor and has taught law, as well. Rob earned a masters’ degree in Jewish Studies from the Jewish Theological Seminary and is an accomplished photographer who studied at the Santa Fe Photographic Workshop. Together, the couple worked as food industry entrepreneurs and in 2020 co-authored the award-winning The Berkshire Farm Table Cookbook (featuring Rob’s photos) with chef Brian Alberg.

Elisa says that researching and writing the cookbook, which pays tribute to the Berkshires’ family-run farms and farm table chefs, “solidified our attachment to the community.” And it was only natural (inevitable?) that the Bildners would eventually focus their attention on the local Jewish Federation, given their record of involvement and leadership in high-profile national Jewish philanthropies. Together, Elisa and Rob established the Foundation for Jewish Camp in 1998, its mission “to build a strong Jewish future through transformative summers.” Rob was a founding director of Repair the World, a national initiative to engage young Jewish adults in community service, and serves on the boards of several non-profit Jewish organizations. Elisa is the former president of the Jewish wire service JTA, past chair of the Jewish Funders Network, board member of the Jewish Book Council, and current chair of Honeycomb (formerly Jewish Teens Funders Network), which supports the work of Jewish teen giving circles nationwide. In 2013, President Barack Obama appointed her to the U.S. Holocaust Memorial Council.

And our Federation is not only lucky enough to have the Bildners as our Major Donor Celebration co-chairs but to have Elisa serving on our board of directors, as well.

“I think we just made a transition in our understanding of what is happening in the Berkshires and its Jewish community,” says Rob, “and the necessity of supporting the many very good initiatives that are going on now. As longtime supporters of Jewish camp, we may have started off being aware of the support for young people in the Berkshires through camperships, which in our experience is an entry into Jewish community and often the start of a lifelong commitment and engagement for those young people and their families. But then, as we became much more familiar with all the good work the Federation is doing in so many other areas, we became more and more impressed by what it accomplishes.”

“This Federation is, in effect, sui generis,” says Elisa. “There is a real contrast between this Federation and federations that others who may live elsewhere, as well, might be more familiar with. In those places, there might be a range of Jewish infrastructure like family services and a JCC to serve the community. In the Berkshires, it’s important to support the Federation because this is where you find the Jews who need help, where you find programming that can educate, where you can bring people into the Jewish community and make them feel a part of it.”

The Bildners also appreciate the activism within the larger Berkshire community that this Federation brings to bear when Jewish interests and safety are threatened. Says Rob: “This Federation has had boots on the ground on these issues and has been very upfront in challenging instances of antisemitism where they have occurred in the Berkshires.  It has done, I think, a noteworthy job with that. I want to underscore this Federation’s commitment by the way it brought in a national authority (the JDL and its A WORLD OF DIFFERENCE anti-bias training) on the issue of antisemitism and how to combat it. This is an issue that we personally have been more and more engaged with because through our political involvements nationally. The expressions of antisemitism both on the right and the left and globally have been a great concern to us.”

As for their hopes for how this Jewish community will evolve, Elisa says that she wants there to be “greater portals for younger people in the community to pull them into a Jewish orbit – not only kids and teens, but people in their 20s and 30s.” Honeycomb and Repair the World, she says, provide models of how a culture of giving and participation can be fostered among younger Jews. “It's important to offer as many possibilities to people in younger age groups in the community. We really have a huge responsibility to focus on bringing into our midst younger people and giving them opportunities to enjoy and love and learn about being Jewish – and to make the difference they want to make in the world. Many programs can be modeled to fit the Berkshires – but they cost money and that’s another reason we need donors to support them.”

It starts, she adds, by showing up. “If there's one message that I want to convey to our Major Donors and others is to tell everyone not to wait until you decide to retire in the community. Perhaps you’re a second homeowner, or spend only spend a short time of the year here, or, like we had been, living in the community but not really noticing what was going on with the Federation. I urge everyone to take notice and to invest themselves into making this a super Jewish community.

“This community is a small community. It needs every hand on deck. Jump on board and support the Federation and benefit from the Federation activities, events, and educational opportunities now rather than later.”

About Our Guest Speaker

Frederic L. Bloch Fred ADL in 2016 after four years at The New Jewish Home, a New York-based eldercare provider, where he was senior vice president. Prior to that, Mr. Bloch had a distinguished three-decade career on Wall Street, including 22 years with AllianceBernstein working in executive positions, leading teams across the US and in London.

Paul Green and his Jewish-Jazz fusion band, Two Worlds, released its second CD, A Bissel Rhythm, in 2019. A virtuoso clarinetist equally adept at classical, jazz, and klezmer, Green went beyond arranging existing tunes, as he did in his first album, Music Coming Together. Presently, he is composer as well as arranger as he continues to explore, in his own compositions, the relationships between jazz and klezmer music. The trio features local musicians who are members of Two Worlds.