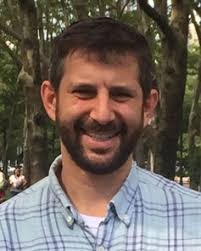 Why do we tell the Passover story every year?

Don’t get me wrong – I love the story. There is a clear bad guy and a clear good guy. The Israelites suffer under the burden of slavery and yearn to be free from their servitude. Yet Pharaoh is cruel and won’t free them. So Moshe channels God’s wrath in the form of ten increasingly destructive plagues to help bring about a just result. Yet even when Pharaoh initially lets the Israelites go free, he orders his army to chase them. God lures the Egyptian army into the Sea of Reeds while the Israelites finish crossing through the parted waters, and only then is Pharaoh defeated and the people finally freed.

Among all the Jewish stories I’ve tried to teach my 5-year-old daughter, this is the story that sticks with her the best. She remembers it, and it serves as a kind of basic frame to which she often returns. So whenever we talk about Abraham and Sarah, or Joseph and the coat of many colors, she inevitably asks how it connects to the story of the Exodus and about how Pharaoh was a meanie.

But why do the rest of us – who have told and retold, listened to, imagined, and watched multiple movie-length renditions of this story year after year throughout our lives – keep coming back to it? To teach our children and grandchildren, sure. And yes, it contains universal themes of fighting against oppression and siding with the weak against the strong – a theme that has taken on special resonance at this time in light of world events. But is there more than telling the story on Seder night has to teach us?

I found myself asking these questions when I came across a short discussion of Passover in the reflections of Kalonymus Kalman Epstein of Krakow, an early 19th-century Polish Hasidic rebbe whose teachings are collected in the volume Ma’or Va-Shemesh (“Letters of Light”). He wonders why we retell the story of the Exodus from Egypt every year. “What makes it so special?” he asks. After all, the Jewish people have faced innumerable challenges and been subject to oppressive rule so many times throughout our collective experience, but there is no mitzvah, no commandment, to retell each of those stories. There is no requirement to tell of our oppression during the Roman exile or the Spanish Inquisition. What is different about the story of our exile in Egypt?

The Ma’or Va-Shemesh offers an intriguing response. He echoes a remarkable offering of the Zohar (2:25b): In Egypt, dibbur – speech itself – was in exile. There was a fundamental, an existential, gap between the words that the Israelites uttered while under the burden of slavery and what they truly meant. There was an inexorable block that prevented that which was most true from being spoken into being. For the Ma’or Va-Shemesh, the Israelites were unable to offer words of prayer with the awe and love for God that they felt deep down in their souls. Their lips – their speech – did not convey what was most true for them. This incapacity affected all layers of Israelite society, including their leader, Moshe. When God called on him to lead the Israelites out of slavery, Moshe did not respond by heroically answering the divine call. Instead, he said, “I am not a man of words” (Exodus 4:10). He felt unable to express what was most true and most important for his people and for God. There was an unbridgeable gap between what he felt and what he could utter.

So when God brought about the Exodus from Egypt and took the Israelites out, God’s critical and necessary move was to bring speech out of exile. According to the Lurianic mystical tradition, God shone the light of redemption and supernal illumination upon the forces that constrained speech. That is what ultimately allowed the Israelites to leave Egypt. They recovered their capacity for connected, authentic speech that reflected the truth of their experience and their aspirations for their lives and community. That is part of the reason for the Hebrew name for the holiday of Passover: Pesach, which breaks down into the smaller words, peh and sach, or “the mouth speaks.”

Why do we retell the Passover story each year? Because like the Israelites, our speech today and in this place is in exile. In spite of all the words that we speak and write and read each day, each hour, and each minute of our lives, speech is yet again in exile. Over the course of the long year that passed since last Passover, when speech was last freed and redeemed, our capacity for speech has again entered exile. By virtue of living in our world and navigating the torrent of words, enticements, and messages that bombard us and which we create every day, we need a reminder of the redemptive capacity of speech. Just as on Yom Kippur we reflect on our actions and strive to do better in the new year, on Passover we reconnect with the story of our ancestors who were disconnected from speech and who rediscovered their connection to it.

This Passover, as we sit around the Seder table and tell the story of the Exodus, may we reconnect with the power of speech and with our voices and free them anew so that we may use our tongues and our minds with truth and with integrity.

Rabbi Seth Wax is the Jewish chaplain at Williams College in Williamstown.