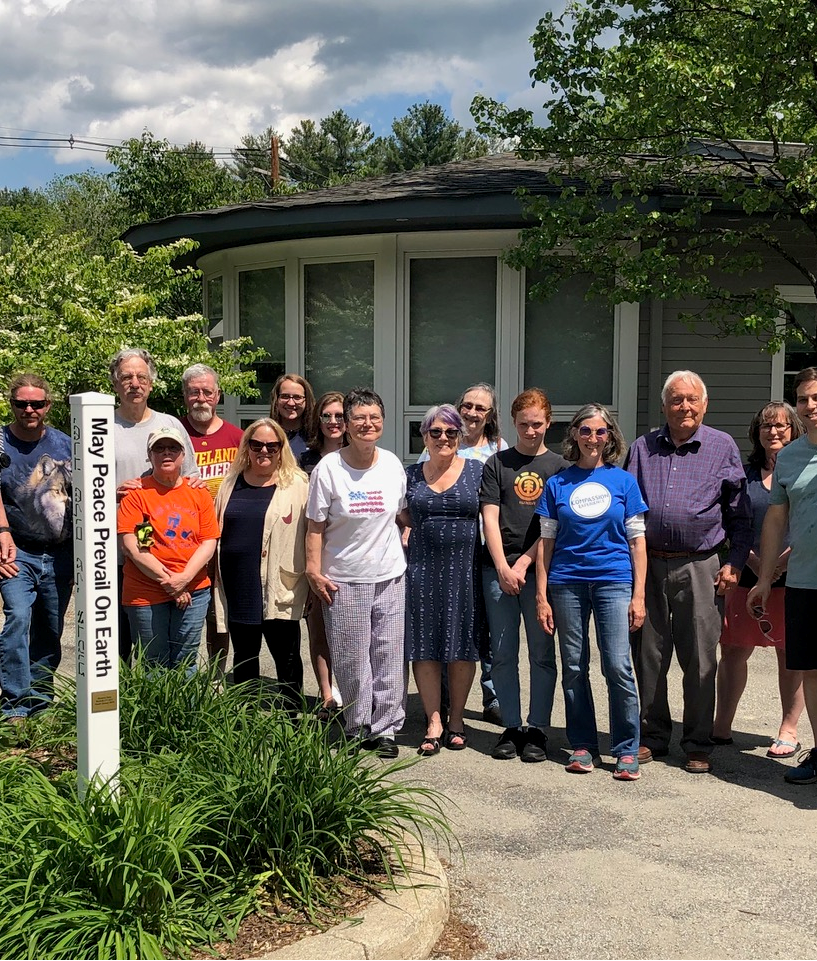 For a while now, our community has been grappling with the implications of the massacre at the Tree of Life Synagogue in Pittsburgh, along with other instances of hate and violence. One positive that has come out of such tragedies is a deepened and more meaningful relationship with the Christian community. The evening after the Pittsburgh shooting, we opened our doors at Hevreh to offer sanctuary to those who sought it out. Sixty-five people showed up that evening, including several pastors from area congregations.

After that evening, the outreach continued - I later received a phone call from the Reverend Erik Olsen of the Church of Christ UCC of Norfolk, Connecticut.

He and I had not yet met. In reaction to the recent shootings, his confirmation students were hoping to do something positive. They were horrified and terrified and, after some conversation and discernment, they decided to reach out to their closest Jewish community to build a new relationship. As the pastor and I spoke about what a meaningful connection would look like, he made an offer: To begin our relationship, his congregation was offering us a Peace Pole as a symbol of solidarity and hope between our communities.

A peace pole is a square pole which has the words “May Peace Prevail On Earth” written in four languages on its sides. These poles are planted all around the world as an essential expression of the great hope and aspiration of Peace. This is fitting, given our traditional focus on the concept of Shalom. In the Midrash, we find the statement that there is nothing greater than peace. In fact, in mystical tradition, “Shalom” is considered one of the many names of God.

This past winter, Hevreh welcomed our friends from Norfolk to a Sunday while our religious school was in session. Our students learned about the Jewish value of Hachnasat Orchim, of welcoming and hospitality, preparing a meal, songs, and posters for our guests. The congregants from Norfolk came to gift us the peace pole. We held a dedication service, but because of the snow and cold, held off from planting the pole.

This past May, our two communities came together again to place the pole in its permanent home. We each took a turn at digging and, as we placed the pole down, shared blessings.

This moment was made more powerful since we – as an American Jewish community – have continued to encounter hate. Looking at those who had gathered to plant this pole, to make a statement about the hope and promise of peace, I could see that this action meant so much to each person there.

I am increasingly concerned about rising white supremacy in the United States, and increased incidents of hate and anti-Semitism here and in Europe. I may be a short-term pessimist, but I am also, unequivocally, a long-term optimist. Experiences like the planting of this peace pole continue to give me hope. And I will continue – and hope we will as a community – continue to seek out partners in our essential pursuit of peace. Those potential partners are close by and ready to join in.