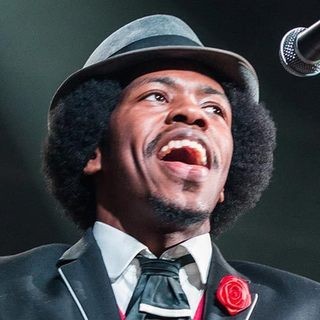 GREAT BARRINGTON – On Sunday, November 6 at 4 p.m., Close Encounters With Music (CEWM) returns to the Mahaiwe Performing Arts Center for its 31st season with an intriguing afternoon of music: “Otherworldly Schubert and ‘One Earth.”

The program will feature works from two very different musical orbits – Franz Schubert’s String Quintet in C Minor is a pinnacle of the Classical music canon, while “One Earth,” created by Israeli-American composer Tamar Muskal, receives its world premiere. CEWM commissioned “One Earth,” an adventurous work for a rapper/beatbox artist, tabla player, string quintet, and a treble chorus comprising more than 20 singers.

Artistic Director Yehuda Hanani relates that the motto that kept CEWM inspired during the COVID-19 pandemic was Music Undefeated! “And we followed it with tremendous zeal and did not skip one concert,” he says, delivering streamed performances to loyal subscribers from the empty Mahaiwe, at first. Hanani says that the genesis of “One Earth” came at a meeting of CEWM at which “the perennial question came up – ‘what do we do we do to get young people to come to the concert?’ The young son of a member of the board was present, and said, ‘Well, play some rap.’ So, of course, my initial reaction was, ‘Sure enough, I'm going to lose my whole audience – we'll just bring a rapper.’ Then I started thinking maybe this idea had something about it that we could build on.”

He reached out to Tamar Muskal, an Israeli American composer who studied first at the Jerusalem Academy for Dance and Music, and then at Yale University and City University of New York. Muskal remembers that she tried to temper Hanani’s hopes of attracting a younger audience even with a famous rapper – in the end, it will be “a Classical music concert with Classical music,” she says, not really what young people will flock to – but she was intrigued by his idea. The first concept Muskal and Hanani arrived at was that she write a piece for a rapper, a cello, and a tabla, the Indian twin drum that is the principal percussion instrument in Hindustani classical music. Hanani says that tabla players “do some scatting with their mouths together with [their drumming],  a little bit like Louie Armstrong – very sophisticated counterrhythms.” He was impressed by tabla player Avirodh Sharma and wanted to work with him.

As Hanani and Muskal batted ideas back and forth about the piece, their vision for it became more expansive. Muskal wanted to include a second cello and Hanini, knowing “One Earth” would be on the same program as the Schubert composition, suggested that she write a part for a string quintet. (In November, Hanani will join the Borromeo String Quartet for both pieces.) Muskal had the idea to include a chorale – the 22-member Mount Holyoke College Chamber Singers will be on hand for that.

Muskal says: “I’ve never worked with a rapper before, and I knew that it had to be a collaboration, not a piece I write. The kind of thing I do would not be his kind of thing.” She put out a search through Facebook for a rap artist who could read music, and a musician in Washington, DC, put her in contact Christylez Bacon (pictured), self-described on his website as “multi-task[ing] between various instruments such as the West African djembe drum, acoustic guitar, and the human beat-box (oral percussion)… with a mission towards cultural acceptance and unification through music.” Bacon founded a cross-cultural collaborative concert series Washington Sound Museum, and Muskal says she found him “very interested in all kinds of collaborations.”

She traveled to DC to meet him and shared a sample of her work on musical notation software to see whether he’d feel comfortable with the musical setting. “I played the piece for him and he immediately joined in,” she remembers. “He was following the music, saw all the changes right away without any problems.”

Muskal says that while she will score the parts for the chorus and strings, “I don't want to say anything for the rapper and the tabla player whenever they have this improvisation between them. I don't want to interfere, because first of all I trust them; but also, that's what they do. I need and I love to respect that and I think that if you tell him exactly what to do, I don't think they will like –  not because of ego, but because it's going against what they are. So if I think I know exactly what I want, I shouldn't take on somebody whose whole life is about improvisation.”

She adds: “It's their moment and they will be in a good mood and something beautiful will come out at the end of this improvisation. Then the strings come in and then everybody else.” The key, she says, is knowing where everyone is coming from musically. “I want everyone to leave with a positive feeling. The world is so depressing nowadays, and it may sound mad, but that’s what I want.”

Hanani describes “One Earth” as a kind of crossover music, one that uses today’s musical idioms in a way that Classical and Romantic composers may have incorporated folk music into their concert hall pieces “when nationalism was high and every country tried to find its own musical voice.”

About what to expect, Hanani sums up: “We have two wonderful pieces. This world premiere reaches out and tries to embrace the entire world and has a utopian vision for all of us. Maybe this is a lesson that Covid, if there was anything positive about Covid, taught us – that we all live on one planet and there's no way to escape it. So this piece reaches out and is very global and very outgoing.

“After intermission, we have a piece that is reaching into the soul of Schubert before he died. He never heard it performed, even. If you asked me to choose one piece out of the entire chamber music repertoire, I would choose this one without hesitation. It's an amazing piece of music. It was not commissioned by anybody. Nobody knows why Schubert wrote it. He was dying. It's a death-defying piece. There's nothing morbid about it. It just goes deep, deep into the soul. Just very inspiring. There is anguish in the slow movement, of course, but it's a cathartic piece of music. So we have reaching out first off with Tamar’s piece and then going all the way deep in with Schubert. And this is how I see this program. That's what audiences can come to expect when they join us.”

Close Encounters With Music continues through the spring. It 2022-2023 season includes “Grand Piano Trios – Beethoven’s ‘Ghost’ and ‘Archduke’ (December 11); “Town & Country: Mendelssohn and Dvorak” (February 18); “Pictures at an Exhibition [Mussorgsky]” (March 26); “From Bach Brandenburg to Appalachian Spring” (April 23); and The Escher String Quartet (May 21). For a full lineup of concerts and more information and tickets, visit cewm.org.