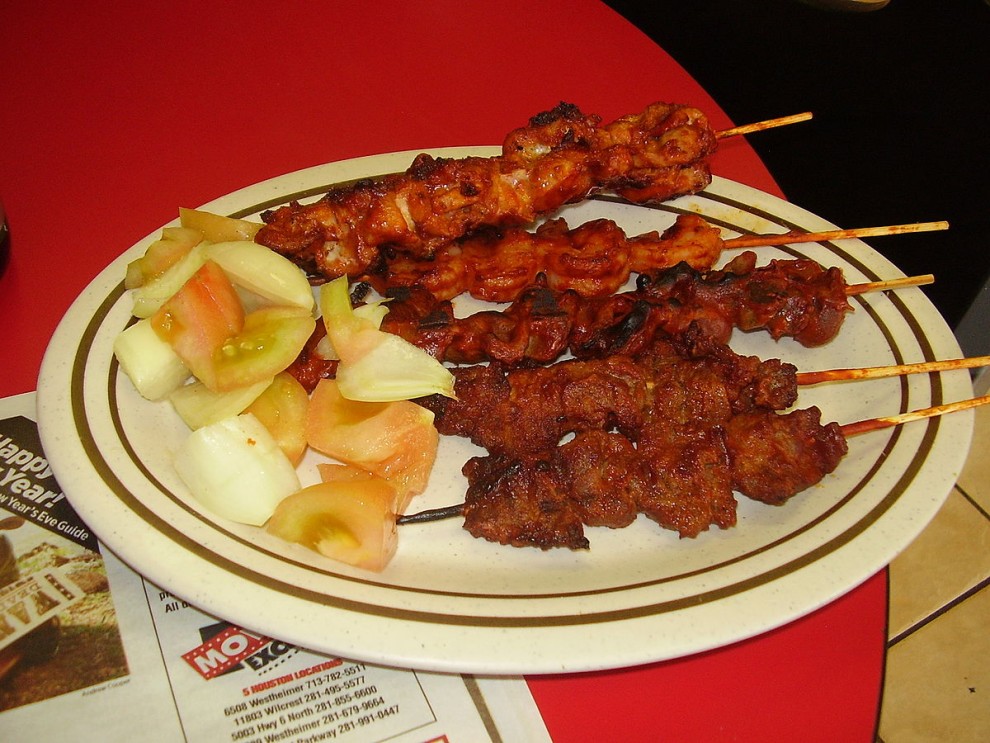 “But Ma, he’s Jewish!” That was the very catchy title of a program hosted by my Hadassah chapter in San Francisco. Unfortunately, I got stuck in traffic on the Oakland Bay Bridge and never got to hear the talk, but the idea that there were Jews other than the ones I had grown up with — white and mostly Ashkenazi — fascinated me.

Among the joys of travel is the opportunity to enjoy the natural beauty, cultural life, and unique foodways of these places. And when Joel and I travel, we always look for Jewish sites.

But meeting new people in their home countries is the thing that can bring a trip over the top.

Now, just because we’re not going further than the corner store these days, it doesn’t mean we can’t continue the global staycation that we started last month. This time, we’ll continue our exploration of Jewish life in Africa.

After the Assyrian conquest of Israel in the 8th century BCE, the victors carried away many captives. But the rest of the ten tribes in the Northern Kingdom dispersed to “the four corners of the earth,” never to be heard from again. Never? Over the millennia, numerous theories have circulated as to the fate of these Ten Lost Tribes, and at least a dozen communities around the world claim descendancy from these ancient Israelites. Whether the Assyrian Jews of Kurdistan, the B’nai Menashe in India, the Beta Israel of Ethiopia or the Kaifeng Jews of China, these groups may indeed be members of the lost tribes. And, why not?

After the Assyrian rout of Israel, one of the directions the refugees headed was southwest. Before there were nation states on the African continent, there were tribes, and it was into several of those tribes, in what is now Nigeria, that some exiled Jews assimilated, marrying and having children. The Yoruba Jews, numbering around 2,000, call themselves B’nai Ephraim (children of Ephraim), as they believe they are descended from the tribe of that name. And the Annang, Efik, and Ibibio peoples also have ancient religious practices similar to those in the Torah.

The largest group of Nigerian Jews is made up of members of the Igbo (pronounced ee-bo) tribe. While missionaries converted most of the Igbo tribe to Christianity in the 19th century, and a small minority became Muslim in the 20th, the proud Igbo Jews never forgot their origins. The intriguing documentary, Re-Emerging: The Jews of Nigeria, follows the Jews of the Igbo tribe and their dedication to the faith of their ancestors. In the course of the film, a couple of the Igbo Jews recall their parents telling them that they were descended from the Hebrews of long ago.

Support for their belief came from an unusual source. One Olaudah Equiano was an 18th century Igbo who had been captured and sold as a slave in the Caribbean. He ultimately won his freedom and settled in London, and in 1789, Equiano published his autobiography, in which he cited evidence that his tribe was descended from the Jews of Israel. He wrote:

The strong analogy which ... appears to prevail in the manners and customs of my countrymen and those of the Jews, before they reached the Land of Promise, and particularly the patriarchs while they were yet in that pastoral state which is described in Genesis — an analogy, which alone would induce me to think that the one people had sprung from the other.

Given that the Igbo Jews arrived in Africa centuries before the Talmud was compiled, they neither knew about nor followed rabbinic law. But their religious practices include circumcision on the eighth day after the birth of a boy, observance of kashrut and niddah, wearing of tallit and kippah, and celebration of holidays like Yom Kippur and Rosh Hashanah. Coincidence?

While some Igbos have made aliyah to Israel, a strong and growing community remains in Nigeria, served by an eye-popping 26 synagogues, with population estimates ranging widely, from 3,000 to 30,000 Jews. And every year more Igbos convert to Judaism.

“To the four corners of the earth,” indeed. So much of Jewish history involves conquest and exile, but those many exiles have produced an amazingly diverse international family tree.

Suya, made with a dry peanut-based rub, may be the quintessential Nigerian street food. And when they say “spicy,” they mean it. While some really do like it hot, I have significantly reduced the amount of cayenne pepper from the original recipe. Add more if you’re brave.

¾ teaspoon cayenne pepper (more if you really like heat)

In a medium bowl, mix the salt and spices together. Set aside

Pulse the peanuts in a blender, food processor or coffee grinder until finely crushed — not to a paste!

Add the ground peanuts to the spice mixture.

Pat the meat dry with a paper towel.

Slice the meat, against the grain, into thin strips.

Drizzle oil over meat and toss to coat.

Add the meat to the spice mixture, coating completely.

Thread the skewers, dividing the meat evenly among them.

Line a roasting pan or baking sheet with foil, coat with vegetable spray, and place the skewers on it.

Serve warm with a salad.