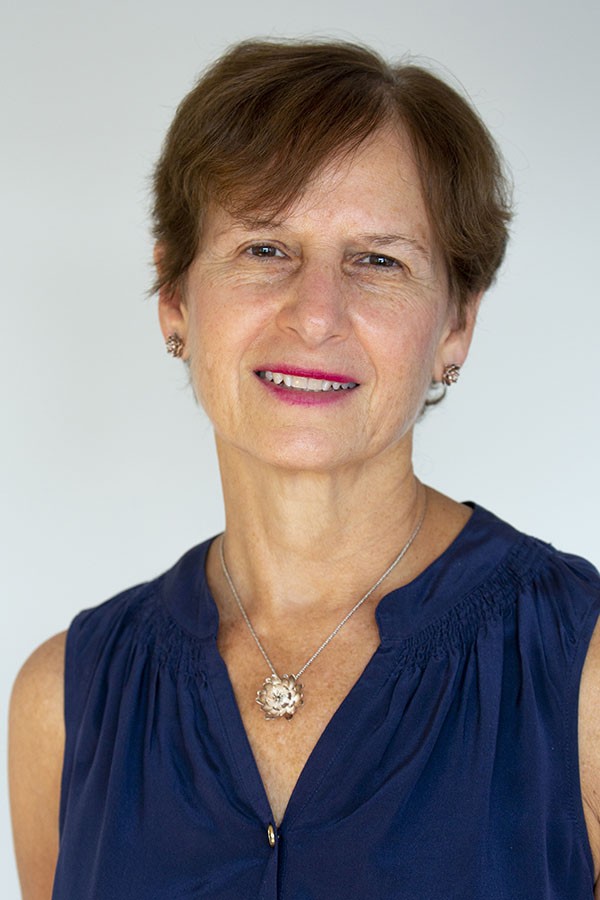 On March 28, the Jewish Federation of the Berkshires presented “US Immigration Stories Up-Close and Personal,” a conversation with immigration attorney Susan J. Cohen and Maxine J. Stein, president/CEO of Jewish Family Services of Western Massachusetts, the organization currently overseeing the resettlement of Afghan families in the Berkshires. The program was moderated by Rabbi Liz P.G. Hirsch, and was co-sponsored by Federation in partnership with JFSWM, a HIAS refugee resettlement affiliate.

Immigration is among the hot-button topics of today’s political and cultural discourse. Susan J. Cohen, a member of Boston’s Mintz law firm, is a nationally recognized immigration attorney with more than 35 years of experience. The founder and chair of Mintz’s immigration practice, she oversees a team of 35 attorneys, specialists, and assistants who work with corporate and individual clients to address an array of immigration challenges.

Her recent advocacy includes leading a Mintz team supporting efforts by many US universities and hundreds of thousands of foreign students in litigation that overturned the US Immigration and Customs Enforcement’s COVID-related student visa policy. Cohen is also president of the Board of the Political Asylum/Immigration Representation Project (PAIR) Project, which, since 1989, provides free legal services to asylum seekers and promotes the rights of detained immigrants.

Cohen is also the author (with Steven T. Taylor) of Journeys From There to Here: Stories of Immigrant Trials, Triumphs and Contributions, published in late 2021. In it, she recounts the stories of 12 immigrants, mostly pro bono clients of hers, who experienced personal and bureaucratic obstacles as they and their families endeavored to forge new lives in the United States. Several of the stories detail the struggles of refugees fleeing persecution and poverty, but the more surprising narratives Cohen shares are about highly-accomplished people who nevertheless experienced monumental and often spirit-crushing obstacles as they negotiated the US immigration process. Cohen’s descriptions of the strategies she employs to help both types of immigrants provide a fascinating window into her career.

Cohen will donate the proceeds of the book to the PAIR Project in Boston, which provides free immigration services to indigent asylum seekers and detained immigrants.

The Berkshire Jewish Voice caught up with Cohen in early February as she drove from Boston to her family’s second home in Becket, trying to beat an approaching winter storm. Our conversation was edited for space and clarity.

BJV: What was your motivation in writing this book? In the early chapters, the stories are of people who came to the United States who seem likely to have been successful either in this country or wherever they might have ended up.

Susan J. Cohen: I front-loaded some of the chapters with some of the more accomplished people, although there are quite a number of people I also feature who are just regular everyday people, not holders of advanced degrees or prize-winning authors or musicians. Some readers might be people who feel differently about immigrants than I do and might need to be persuaded about their contributions. I wanted those stronger people to be at the front of the book for that reason. You never know how many chapters someone’s going to read.

BJV: It seems as if the immigration process serves as a great equalizer for all the types of people about whom you write. One of the phrases you use is “the carelessness of the United States immigration system.” Can you tell me a little more of what you mean by that?

Cohen: There are different agencies within the Department of Homeland Security. In each of them, there are careful people, and there are many people who are careless in their work. Often, one hand of the government doesn’t know what the other hand is doing – they lose an inordinate number of things, like the applicants’ documents, or they don’t take their work as seriously as they should. The people who suffer as a result are the applicants –  the consequences can be so dire. I wanted to showcase some of these stories because there’s a misperception that many people hold that this is a very straightforward process. It’s just a question of filing the right application form and waiting your turn, whatever that means. And that is just not correct. Much of the time, people are put through misery at the hands of the government. I just wrote a story in the Wall Street Journal about hundreds of thousands of files, citizenship applications, sitting in an underground warehouse that they can’t get their hands on because they don’t have enough personnel to pull them. Nobody was doing anything about it for all these people across the country. Every time someone called to ask what’s going on with their case, the customer service representative said, “We don’t have any information. Call back in 30 days.” For almost two years, people have been calling back every 30 days. There’s no update.

Finally, I got to the bottom of it. Those people’s files are inaccessible to the government and so, they’re not doing cases because they can’t get their hands on the files. So ridiculous. It’s very Kafkaesque a lot of the time. I wanted to show what it’s like for regular people to go through the process in terms of the things that can happen to them. The discrimination and rude treatment they can be subjected to, especially if they look different or their skin color or their accent or for whatever reason, especially when there’s no lawyer there to monitor it.

BJV: A statistic from 2016 –  the United States admitted a total of 1.1 million legal immigrants. That’s a lot of people, and I think that’s possibly more than most people recognize are coming into this country that way. How many of them can expect to have similar problems to the ones that you document in your book, and how many will have to seek out the kind of legal services that you could offer?

Cohen: I can’t give you an exact percentage, but I’m sure some not-insignificant percentage of people are going to run into issues with their cases. Many cases are not going to go forward in a completely straightforward manner, and people are going to need some kind of help. The government does not acknowledge errors unless it is forced to. That’s a problem. There needs to be more accountability. I hope my book encourages more immigration lawyers, especially the younger ones coming up, to be bold and hold the government to account. When you do sue the government, when they make a mistake, the government almost always fixes it right away because they don’t want the precedent on the books. So they settle, and approve the case.

People pay a lot of money in filing fees, and they should be treated like customers. Until the Trump administration, the US Citizenship and Immigration Services website referred to them as “customers” who deserve proper treatment. Then, (former senior advisor to President Trump) Steven Miller influenced the head of USCIS at that time to change the mission statement, which still hasn’t been changed back. It now reflects an attitude that these people are something less than full-fledged people deserving fair treatment. I think that’s really important, very symbolic.

BJV: Is the system any less careless when you’re representing an employer, or does it move it at the same sloth-like pace?

Cohen: It’s a mix. Ever since the Trump administration, combined with COVID, the processing backlogs have become abominable. There are historically-lengthy processing times to get any kind of immigration benefits. In a company’s world of visa filing, there are very long backlogs and delays. It causes tremendous anxiety. You can’t always pay more money and get a faster result for some of the things that they need. It’s caused enormous problems because getting the employment authorization card that gives people the right to work in the United States used to take 90 days, and it’s now taking nine or ten months or longer. Since the person’s driver’s license expiration date is tied to the end date on the employment authorization document, many people have lost their ability to drive while they wait for the government to renew. There have been a lot of class action lawsuits lately because the government is just not approving things in a reasonable period of time.

The system needs to be reformed. They need more personnel. They need to streamline the filing. People can’t believe that in this day and age, the majority of immigration filings have to be made on paper and cannot be filed electronically. That’s why they lose a lot of stuff. Did you know that?

BJV: Nothing that you tell me about government inefficiency would surprise me. Correct me if I’m wrong or off, but the country does have immigration laws on its books passed in a bipartisan fashion some time ago. Since the executive branch started using executive actions more frequently, you’re dealing with an administration’s immigration policy as opposed to immigration law. It doesn’t seem likely that any Congress, no matter how it might be politically constituted, is going to take on the problem by passing new laws. How does that affect how you practice?

Cohen: What you have to do is shift depending upon who’s in office more than you otherwise would. You’re constantly monitoring the changes and having to adapt strategies on behalf of clients in real-time to the latest iteration.

It’s totally suboptimal. I don’t know how long we can keep it up. We’ve been doing it this way for decades since Congress can’t get its act together. There’s such a divide on the political spectrum trying to pass immigration reform legislation. So there is patchwork stuff that we have, and we’re managing, but it’s a mess. That’s no way to run an immigration system or program, and it’s embarrassing for the country that we haven’t been able to do a better job of it. We’re losing as a consequence. We’re losing some talent to other countries, and we’re failing some of the people who should be able to count on the United States as a refuge. Ultimately we need legislation, but it could take a long time until that happens. We just have to muddle through the best we can.

BJV: What can a community like ours do to achieve a positive outcome for these Afghan families being resettled in the Berkshires?

Cohen: I think that it’s a great community. I’m happy that there’s an interest in helping immigrants. So I think one thing that the community can do is partner with the resettlement agencies to become “buddies” assigned to a family. Maybe a group of people can be assigned to the same family and take different roles in helping them navigate the community social system, helping them learn English, helping them with their job skills, helping their kids, helping them financially with clothes or supply school supplies or sports or whatever. I think that we’re going to be looking more and more in this country to a model of community participation in the refugee resettlement process. President Biden put out a blueprint for that.

In terms of advocacy, I’m encouraging everyone to write to their congressperson and senator to ask them to introduce the Afghan Adjustment Act into Congress. Most of the Afghans here are on humanitarian parole, which is only good for two years. It’s not going to bridge them. They need to apply for something permanent to be able to stay here. Asylum cases for these Afghans are going to be very challenging. If we had an Afghan Adjustment Act, it would be very much like the Cuban Adjustment Act, where there are very few criteria you have to meet. So if we don’t get the law, I don’t know what’s going to become of all these people.