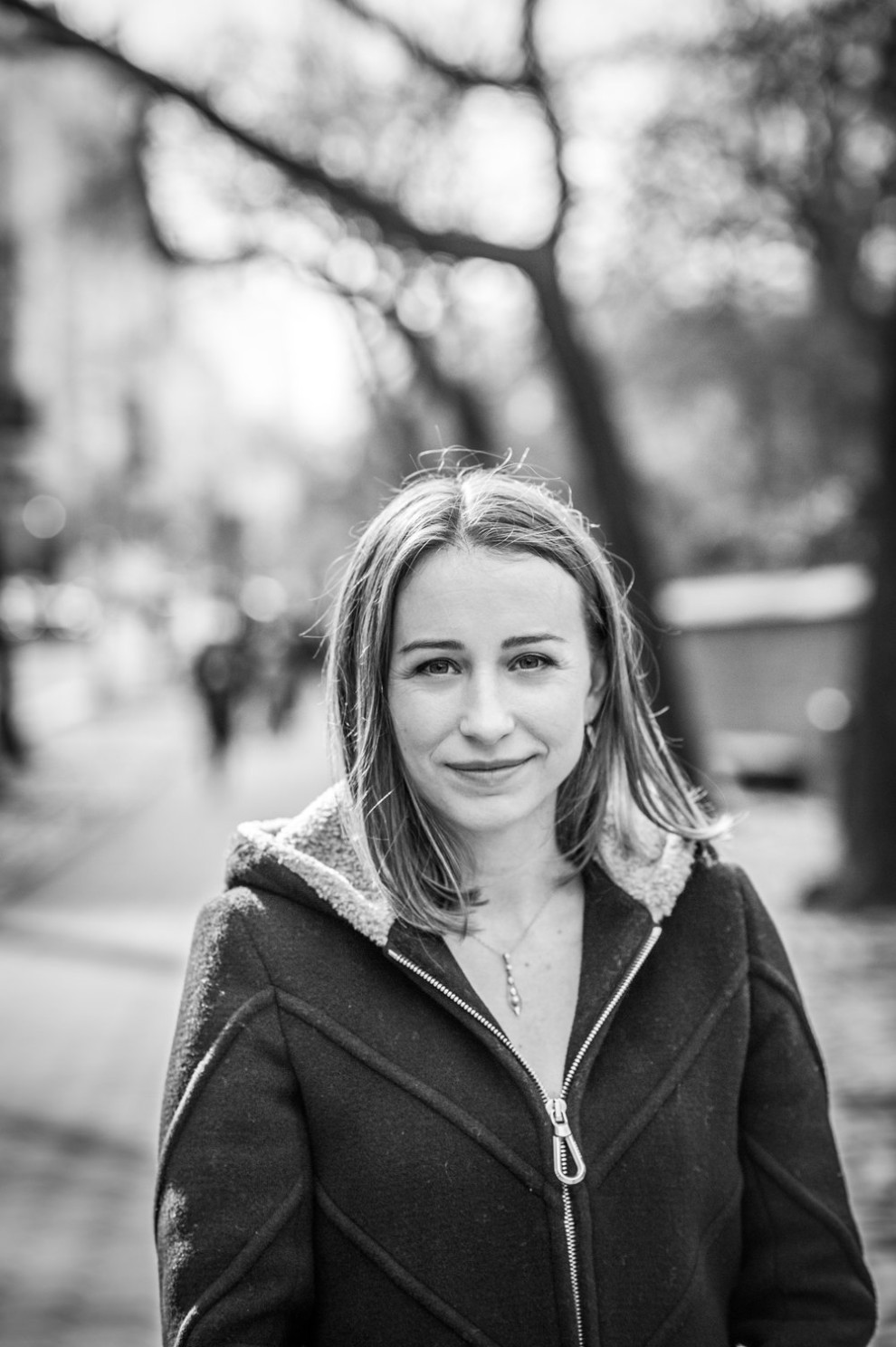 The Williamstown-based novelist on exploring the mysteries of motherhood, how trauma teaches, and Jewish historical memory

By Rabbi Seth Wax / Special to the BJV

Alexis Schaitkin is the author of Saint X (Celadon, 2020) and has a book scheduled to come out in late spring 2022. She lives in Williamstown with her husband and young children. Rabbi Seth Wax, Jewish Chaplain at Williams College, sat down with her over the summer to talk about her work, contemporary Jewish life and identity, and living in the Berkshires. This interview has been edited for clarity and length.

Can you talk about your first book, Saint X?

Saint X is set in the mid-1990s. A family from New York takes a vacation to a fictitious tropical island called Saint X. On the last night of their trip, their teenage daughter disappears. Her body is later found, and it becomes a national news story, a tabloid sensation. But it also remains an unsolved mystery. And 20 years later, her much younger sister, Claire, is living in Brooklyn, when she comes into contact with a man who was briefly a suspect in her sister's death. Without revealing to him who she is, she insinuates herself into his life to try to uncover the truth of what happened to her sister.

Saint X is a mystery. There's a mysterious death. Part of the mystery is, ‘what happened?’ But on a deeper level, it's the mystery of, ‘who are you, really? A lot of the characters I'm interested in have always thought of themselves as good people. I think most of us think of ourselves as good people. And yet in the process of looking back at what happened to them and the choices, they've made, sometimes there is a realization of ways in which they have actually failed, or not been as good as they convince themselves they are.

And what is your next book about?

It's really different. The first book was premised on a mysterious death, and it was set in the present day. It was sociological and had a contemporary feeling. And this next book is set in an isolated mountain town where you don't know where it is, you don't know when in time it is. It's an enclosed community where periodically mothers just disappear. It has a supernatural element. It's narrated by a woman in this town as she comes of age and becomes a mother herself, facing the possibility that this could happen to her.

How are your two books connected?

With my first book, Saint X, a lot of it was about trying new challenges, but also staying true to the things I'm interested in. Saint X was very much about getting the little perfect sociological details of different social classes, different worlds, different contexts. Like, what is the exact perfect drink for somebody to be drinking on a beach vacation? Or what is the exact car somebody would be driving growing up in an affluent suburb or something like that?

And I wanted to try to write something that had none of that. This was a world I had to create out of my own mind and build with details that aren't familiar to us. Part of it was wanting to try and see if I could do that. Because I think I have a lot of fun capturing our world as it is. But I wanted to see if I could do something different.

What do you think are some of the underlying issues in this new book that you're working on?

I think that there's kind of two primary questions that I was really interested in exploring in this book. And one is that this is a town where mothers vanish, which is to some extent, an allegory for exploring the experience of motherhood. What I was really interested in about motherhood is the essential mystery of it. Motherhood changes you so much. And this constant question that so many mothers are navigating: how much do you let yourself lose yourself in this experience? How much do you hold back of yourself from your child to maintain some identity that you had previously? And just the mystery of, if I do X or I do Y, how is this going to affect my child in the long term? And you don't really know. One of the big things that I'm exploring is the self-scrutiny that comes with motherhood and the uncertainty. You're doing this massively important thing, and yet there's so much mystery baked into it. Whether you have any control at all over what's ultimately going to happen to or become of your child.

And then the other thing is that this a very remote place where this terrible thing started to happen, and they didn't run from it. They bound themselves to it and assumed that it must have something to teach them, and that there must be a reason why this was happening. This is a community that has built their whole society around this thing that happens here. There are rituals around it.  You could say it's a kind of religious relationship to this dark and terrible thing that happens. There's a belief that it's purposeful, even if they can't ascertain the purpose.

I'm really interested in the ways that the dark, difficult, traumatic things in our lives, in the community, can become central to that community's identity. That something really dark and painful can do something for this community. It's teaching them things, is giving them access to parts of the human experience that people elsewhere could never even understand.

It's not just some traumatic experience that needs to be kind of counteracted, but there's a negotiation by which there's meaning in the suffering.

That the suffering has things to teach you and give to you. That by accepting it, submitting to it, you're going to experience things that people who don't have to live with something like this, that the range of their experience is narrower.

And then what is your other book project? What's the next book after that?

The book I’m planning to write next is the first thing I’ve written that centers on Judaism and has explicitly Jewish characters. It is narrated by a woman who is in her 80s living in a retirement community in Florida, but who, as a child on the eve of the Holocaust, was part of the Kindertransport. Now, late in life, she travels back to the UK to revisit the house where she lived, and there resolve a mysterious event that shaped the course of her life forever after.

What got you interested in writing about a particularly Jewish subject?

I think the starting place for me is just how complicated I personally find it to reconcile the scope and timeline of Jewish historical memory at this moment, where World War II and the Holocaust were not so long ago.

And yet, for increasing numbers of people, it also feels so distant. I was interested in the idea of a woman who's living in a retirement community in Florida and playing bridge with her girlfriends and going to movies. And yet she has this full past, and maybe it isn't something she talks about much or that anybody in her current life knows about, but it's within her.

I was interested in the idea of, "You had this experience, and now you've got grandkids who are secular, and their main relationship to Judaism is having a grandmother who they can say had this experience.” How do these two timelines sit together, the Holocaust experience and contemporary American Jewish experience?

Could you say a little bit about your own Jewish background?

I grew up in Westchester in New York, and we went to a Reform synagogue, and I had a bat mitzvah. I would say that probably at this point, I'm mostly culturally Jewish.

What do you enjoy about living in the Berkshires?

Everything. I love it here so much. Nature and a sense of place are all over my writing, and that's very important to me in my own life. I love hiking. I love gardening. So just being in a place where that's all right here is just dreamy for me. Williamstown is a great community for raising kids.