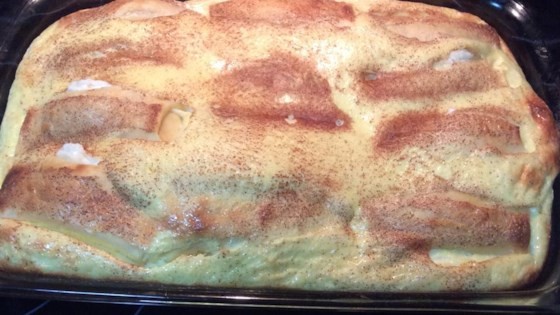 For the longest time in America, it's been potato latkes for Chanukah parties and dinner, often eaten with brisket. But why brisket? This cut of beef may be ubiquitous in Ashkenazi Jewish homes at Chanukah, but I can find neither a historical or etymological rationale for the slow-cooked delicacy, and we know how much Jews love a good play-on-words (witness the carrot's popularity at Rosh Hashanah and Chanukah). Of course, back in the day, brisket was a cheaper cut of meat than others, and it came in large pieces, making it a good choice for large family get-togethers. But, today, a good kosher brisket can cost up to $17 a pound — hardly a bargain.

Well, before modern times, Chanukah was considered a minor holiday. Other than a couple of prayers added to the liturgy in the synagogue and the lighting of the hanukkiah at home, there really was no special celebration, and no festival meal. But, as Jews assimilated in America and household income increased, they couldn't help but notice all the hoopla surrounding that other winter holiday. Keeping up with the Joneses took on an almost surreal aspect as simple Chanukah gelt morphed into nightly gift-giving. The box of colorful little candles bought at the supermarket evolved into boutique designer tapers. And homely paper chains transformed into tinsel-y decorations eerily similar to Christmas ornaments — sometimes even seen on (oy vey!) a "Chanukah bush."

Foods prepared specifically for the holiday did develop, however, and from every point in the Diaspora. But, as food historian Gil Marks, writes, it wasn't until the fourteenth century that any specific type of food became traditional to eat on the winter holiday.

We know all about foods fried in oil. Witness the above-mentioned potato latke and the Israeli jelly doughnut, the sufganiyah. However, among many Jews it is also customary to consume dairy foods on Chanukah. The reasoning behind this tradition stems from an incident depicted in the Book of Judith. Although not included in the Hebrew Bible, the book tells the story of a beautiful young widow in a town under siege by the Assyrians under Nebuchadnezzar. She manages to infiltrate the enemy camp and gain access to the commanding general Holofernes' tent. She feeds him salty cheese, which of course makes him thirsty. She then plies him with so much wine that he passes out. Using the general's own sword, she cuts off his head.

Scholars say that the events depicted in the Book of Judith probably took place a good 400 years before the Assyrians battled the Maccabees, whose exploits form the basis of the Chanukah story. So, how did Judith and her salty cheese get conflated with the holiday? Perhaps because the heroine, like Judah, was a guerilla fighter who used her brains to fight against the mighty?

Regardless of historical accuracy, salty cheese, and dairy foods in general, have come to be associated with Chanukah. Having said all that, what's for supper?

Tonight it will be a dairy meal, with a scrumptious blintz soufflé whose recipe comes from the vintage Our Own cookbook. This particular collection of recipes was produced in the 1960s and 1970s in two volumes by Pittsfield's Jewish women's organizations, and it serves as a wonderful historical and sociological exploration of both the evolution of American Jewish food and social customs. The first volume lists recipes under the husband's name, as in soufflé by Mrs. Joseph Smith. By the time the second volume appeared, norms had evolved to the point of naming the actual woman whose dish was featured (including Sephardi recipes), so we see Anna Smith getting full credit.

3. Line blintzes in one layer in the pan.

5. Pour egg mixture over the blintzes.

7. Bake, uncovered, for 45 minutes, or until golden brown on top.

Carol Goodman Kaufman is a psychologist and author with a passion for travel and food. she invites readers to read her blog at carolgoodmankaufman.com and to follow her on Twitter @goodmankaufman.