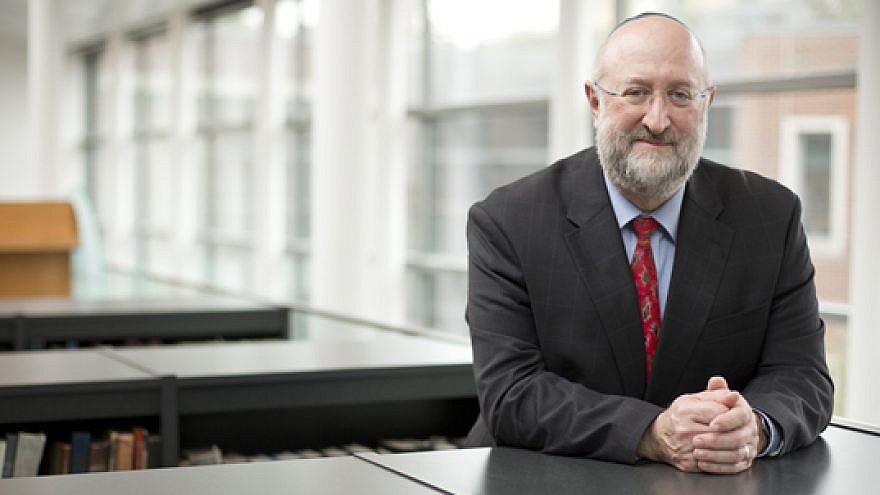 Purim is a unique Jewish holiday in that it features a Jewish woman as the central heroic figure. We often focus on Esther’s subtle manipulation of powerful men to achieve her goal of saving the Jewish people from physical annihilation, but the Talmud sees other leadership qualities that have a far-reaching impact on Jewish life and law.

The Talmud in Tractate Megilah includes Esther as the last of the biblical prophetesses. “Who were the seven prophetesses? Sarah, Miriam, Devorah, Chana, Avigail, Chuldah, and Esther.” But perhaps even more interesting is that the Talmud also concludes that she was the person who initiated the process of human legislation that established Purim as a permanent holiday and the book of Esther as sacred scripture.

R. Samuel b. Judah said: Esther sent to the Wise Men saying, “Commemorate me for future generations.” They replied, “You will incite the ill will of the nations against us.” She sent back reply: “I am already recorded in the chronicles of the kings of Media and Persia”…Esther sent to the Wise Men saying, “Write an account of me for posterity.” They sent back the answer, “Have I not written for thee three times — three times and not four?” [And they refused] until they found a verse written in the Torah, ‘Write this a memorial in a book,’ [which they expounded as follows]: ‘Write this’, namely, what is written here and in Deuteronomy;10 ‘for a memorial’, namely, what is written in the Prophets; ‘in a book’, namely, what is written in the Megillah. (Babylonian Talmud, Megilah, 7a)

Esther, according to the Talmud, appealed to the sages, perhaps the Men of the Great Assembly, to legislate a new holiday for all generations, Purim, and to include the narrative describing the historical events that led to the holiday among the holy writings of the Jewish people. Esther did not appeal to her prophetic powers or to a revelatory experience. Instead, she initiated a human process of legislation and interpretation, a process that called upon the sages to take responsibility for enacting new forms of religious law, ritual, and even sacred scripture.

Purim is the first Jewish holiday that was established by human legislation, and not Divine decree. Esther, with a deep understanding of the transition that was required of the Jewish people – a transition from divine prophecy to human process – can be considered the catalyst for the unfolding of a new era in Jewish history, a new chapter in the ongoing revelation of divine wisdom in which the human intellect and human agency take center stage as prophetic revelation recedes.

Esther, the heroine who saves the Jewish people from the physical threat of annihilation at the hands of Haman, is also the heroine who pulls the Jewish people out of the darkness caused by the demise of prophecy. She is willing to sacrifice her life, approaching the king on her own, as she reveals her Jewish identity and orchestrates the reversal of her people’s fortune. Similarly, she sheds her prophetic privilege in order to instigate a process that expands human participation in the development of religious law and forces human leaders to take responsibility for religious legislation and innovation.

It is not incidental that Esther, a woman and a Jew of the Diaspora, embodies this critical transformation and expansion of revelation through the blossoming of human forms of halakha, Jewish law. Esther is more than a pretty face and a clever political powerhouse. She is the mother of one of Judaism’s most distinctive contributions to religious progress, the sacred process of legislation and innovation through human hermeneutics.

We are living in a time when women are assuming new positions of leadership in unprecedented numbers within the Jewish community as well as throughout American public life. I am particularly proud that the two educational institutions in the Boston Jewish community that I led now have women in the top position of leadership for the first time. In Jewish education, religious and communal leadership as well as scholarship, including traditional Jewish legal interpretation and analysis, women are taking their rightful place after centuries of exclusion.

American communal, corporate and political life is also witnessing an overdue sea change with regard to women in positions of leadership. The Biden-Harris administration, as one crucial example, has broken new ground in appointing women to powerful positions that until now have been occupied only by men. We need to highlight these achievements and continue the work to expand leadership opportunities for women in both the Jewish community and the broader society. And while there are many other examples of this positive development in recent years, there is still a significant equity gap between men and women in the field of Jewish communal leadership and throughout our American political, cultural, and economic institutions that we urgently need to address.

I would like to make a modest proposal that we use the holiday of Purim as an opportunity to celebrate women’s leadership, especially in the religious, political and legal spheres. Purim, with its biblical and Talmudic narrative of Esther’s bold political and legislative creativity, can become an appropriate time to highlight the importance of women’s leadership. Purim has many compelling themes that make it much more than just a holiday for revelry, costumes and gift giving. Perhaps the appreciation of women’s leadership and the commitment to appoint more women to leadership roles will add a new dimension to Purim’s deep and complex matrix of meaning.

Rabbi Daniel Lehmann, Ph.D. served as the founding headmaster of Gann Academy – The New Jewish High School of Greater Boston in Waltham, MA, the founding director of the Berkshire Institute for Music and Arts, and the eighth president of Hebrew College in Newton, MA. He currently lives with his wife, Lisa Soleymani Lehmann, M.D., Ph.D. in Stockbridge.