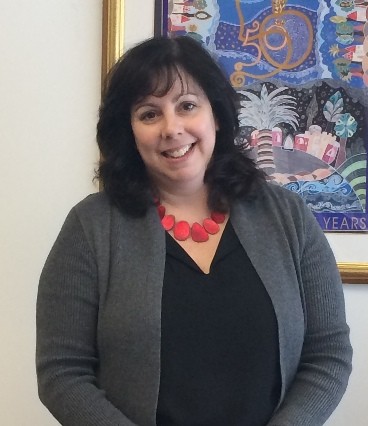 By Dara Kaufman / Executive Director, Jewish Federation of the Berkshires

During my sophomore year in college at UMASS Amherst, I took a women’s studies class. My major and my interests at the time were business, law, and finance, and I have to admit that I only took the class to fulfill one of my last elective requirements. Having grown up in a liberal Jewish family with a full-time working mother who owned and ran two businesses together with my father, my two sisters and I were raised to be independent women who were fully capable of going out into the world to make a life for ourselves.

Yet when I took this course in 1987, I remember being a little surprised at how many of the freedoms of gender equality and women’s rights were really fairly recent developments in our evolving society. I recall very robust discussions on the Supreme Court ruling in the case of Roe vs. Wade, access to birth control, and equal pay for equal work. It was an eye-opening class that put a new perspective on many things that, as a young woman, I had taken for granted.

But the most rewarding part of that class was our final project in which we interviewed a woman in our life and presented her history and wisdom. I chose my grandmother on my mother’s side, Vera Ganter. At the time, I knew very little about my grandmother’s history. She lived in Connecticut and though we visited there regularly, our time together was usually spent hanging out with my aunts and uncles, playing with my cousins, and enjoying Grandma Vera’s kasha varnishkas, a favorite of my father and uncles. It turns out her story was a fascinating one.

Vera Mirapolsky (her maiden name) grew up in a comfortable middle-class family in the city of Kirovograd, Ukraine. Her life changed abruptly at the age of 10 when her family packed up their belongings and left in the middle of the night after a particularly bloody pogrom at the beginning of the Bolshevik revolution.

She and her family traveled Eastern Europe, finally settling for a few years in Bessarabia (now Romania and Moldova), where her father made a living peddling various goods on the streets. She and her sister were taught Hebrew, with the hopes that the family would make their way to the British Mandate of Palestine. When they could not secure the visas needed, they eventually made their way to Estonia, where they had heard that Canada was offering visas for immigration.

Vera shared a harrowing story of crossing a river during a blizzard en route to Estonia. Afraid that they would lose someone, her father tied a rope from one person to another as they made their way across the churning waters.

As they arrived at the outskirts of Estonia, they found a Christian farmer who, for a sum of money, allowed them to live in his barn as they awaited passage to Canada. Vera’s grandmother, who had made this journey with them, fell gravely ill. Unable to delay their departure, the family turned over most of their valuables to the farmer in exchange for him keeping and caring for her grandmother, who would have to stay behind. It was a heart-wrenching decision and ultimately a terrible loss for the family – we never heard from her again, nor learned of her fate.

My grandmother was 16 years old when she arrived in Montreal, and the thing she cherished most there was the freedom she had. After so many years of “looking over their shoulders,” she intuitively knew how precious that was.  A few years later, Vera and her family moved to the United States where she later met my grandfather Sam and settled in New Haven to raise their family.

As we approached the end of our interview, I asked my grandmother to share her wisdom. Her one-sentence response was surprisingly simple and direct. “Don’t ever take for granted the freedoms you have in this country and always make sure you vote.”

I have tried to heed her advice over the years, although there was a period of time when living in Israel that I did not always vote in the US election. I always felt a little guilty about that.

I wish that I had spent more time with my grandmother and asked her more questions. The important, meaningful, grown-up type of questions that were not so apparent to me as a young 19-year-old. I wonder what Vera would think about our world today – our response to the pandemic, the deep social and political divides, racism in America.

With the recent passing of Ruth Bader Ginsburg and the upcoming election, I am ever more aware of the rights and freedoms I have taken for granted over the years. I am also more aware that many of those freedoms are not always applied equally, especially if you are poor or have black or brown skin.  And with that awareness comes the understanding that I have an obligation to help preserve the freedoms that others have fought for on my behalf, and also do what I can to assure those freedoms are afforded to every person equally.

And in this older and (I hope) wiser time of my life, I think I finally understand what my grandmother was trying to tell me. Don’t take our freedoms for granted. Make sure you vote.

Dara Kaufman is the executive director of the Jewish Federation of the Berkshires.