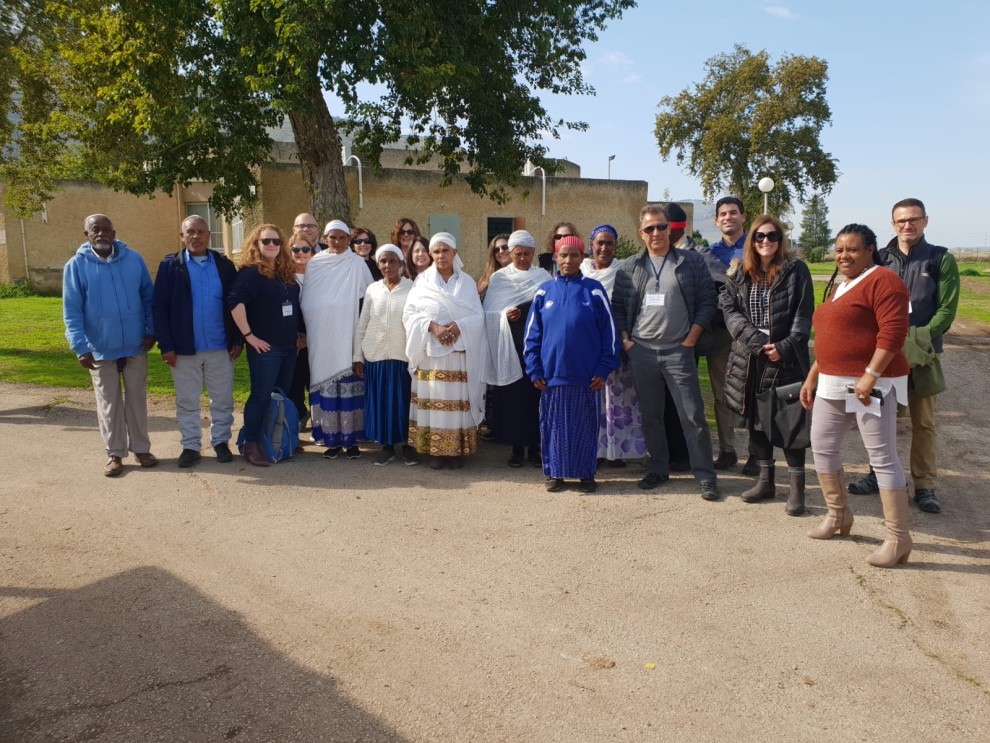 By Josh Bloom / Vice President, Jewish Federation of the Berkshires

This January, I had the opportunity to represent the Jewish Federation of the Berkshires in an inter-Federation mission to our Israeli partnership city of Afula and its neighboring kibbutzim and villages that dot the mountainous countryside of the Gilboa region.

Through the Jewish Agency for Israel’s Partnership 2Gether program, the Jewish Federation of the Berkshires (along with 11 other Federations from Massachusetts, Connecticut, and Rhodes Island) actively invests in strengthening the non-profit sector in Afula and Gilboa, and work with activists on the ground to foster people-to-people connections between our communities.

In recent years, the Berkshires has hosted a range of delegations from Afula-Gilboa, including professional chefs, home cooks, artists, photographers, musicians, and more. Reciprocally, community activists from Afula-Gilboa region have hosted four delegations from Hevreh of Southern Berkshire over the last three years – three cohorts of post-bnai mitzvah students and their parents, and one congregational tour group.

While I was in Afula and Gilboa, I reconnected with Israeli Jews, Muslims, and Christians hosted by our Federation in the Berkshires. I got to see projects that our Federation supports. And I heard from beneficiaries about how we are impacting them and generating real change in people’s lives.

What was particularly remarkable to me was seeing how certain projects had grown and developed.

For example, when an interethnic photographers’ group visited the Berkshires in 2017, I first met Yonish Yaakov, a retired kibbutznik who told me about how he wanted to create a Reform Jewish kehilah in Beit Hashita. It was heartwarming to hear about his successes in integrating a liberal form of religious practice and identity into his predominantly secular kibbutz. Now bolstered by an Israeli Reform rabbi, the kibbutz hosts regular egalitarian Shabbat and holiday services, bar and bat mitzvahs, and other lifecycle events.

It was exciting to meet young artists from the Tarbut Movement who chose to move to what is considered Israel’s periphery out of a modern sense of Ahad Ha’am’s vision of cultural Zionism. Tarbut has worked with local merchants to revitalize the Afula market through art installations and the introduction of studio and gallery spaces that, in turn, have attracted more food vendors, tradespeople, and foot traffic.

I was moved by hearing how the Haifa Rape Crisis Center would not have been able to open a local branch in Afula-Gilboa or sustain a rape crisis hotline had it not been for the advocacy and financial support of our Federations.

It was uplifting to hear how community activists and government officials worked with the Afula LGBTQ community to launch the city’s first-ever Pride event in 2019, thanks to Home in the Valley, a fledgling local LGBTQ organization that is supported by all of our Federations.

We saw how our contributions enabled the growth and expansion of an Afula community center’s “Sandwich Club,” that feeds 50 teen volunteers each night who work together to assemble 200 free lunches that get distributed the following day to local schools.

And it was inspiring to meet new olim from Ethiopia at an absorption center in Beit Alfa and hear about the hardships that they had to overcome to resettle in Israel after many years of waiting in limbo.

We found hope in expanded opportunities for shared society between Israeli Arabs and Jews. In the Arab town of Moqeble, for example, we met Muslim and Jewish middle school girls who told us that had it not been for their mixed ethnicity basketball team supported by our Federations, they would not have had the chance to have meaningful interactions, let alone become friends, with peers from each other’s communities.

As we redouble our investment in “living bridges” between the Berkshires and Afula-Gilboa in the years to come, we will continue to learn from each and further develop a shared sense of a common peoplehood amongst us.