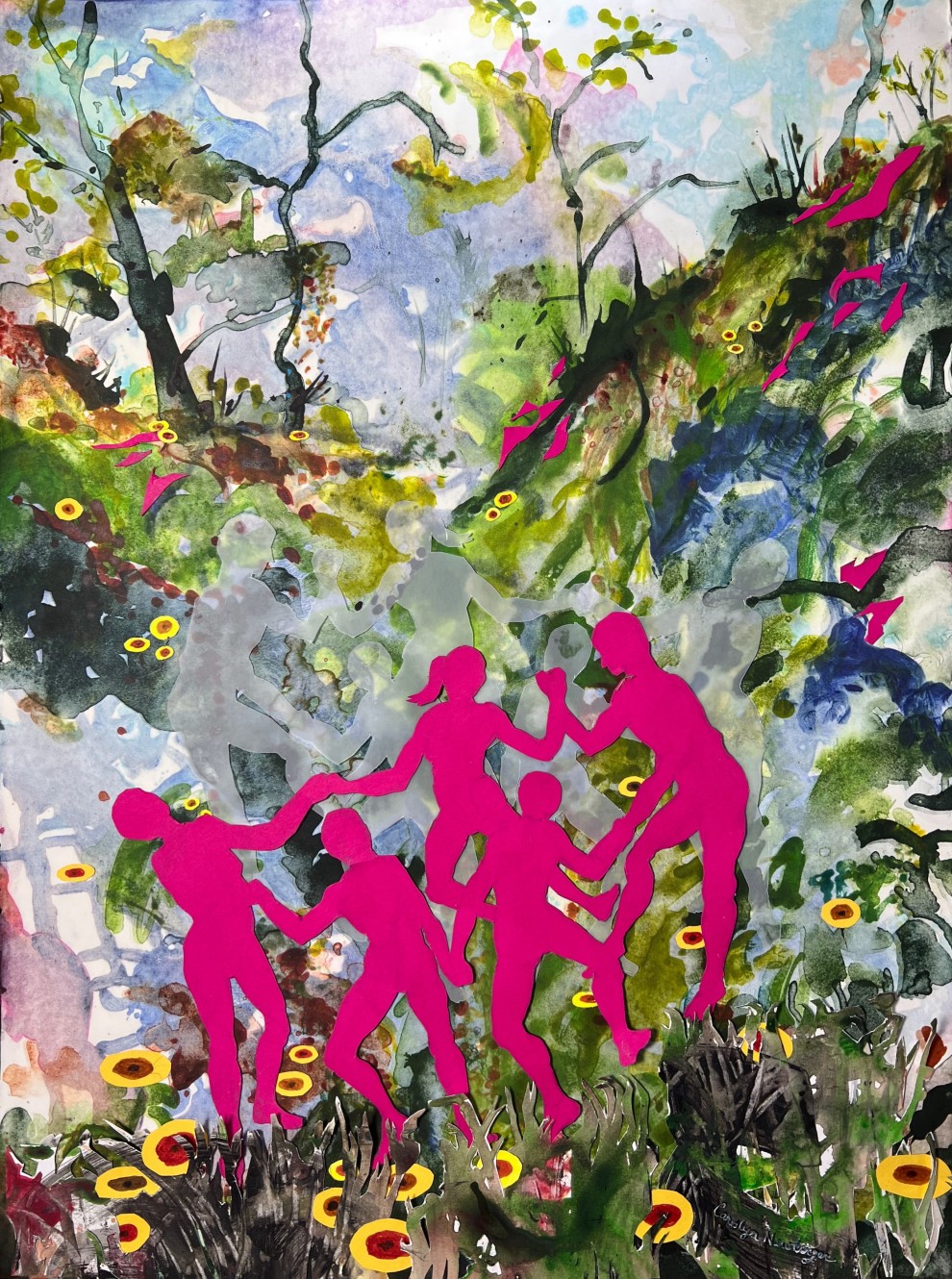 Carolyn Newberger is busy. You may recognize the Lenox resident’s artwork from The Berkshire Edge reviews of music and dance on which she and her husband, Eli, collaborate. The reviews are thoroughgoing, offering insight into the musical forms in which the performers are working and also conveying a vivid sense of what being in the audience felt like – you come away with the feeling that you missed something if you were not there.

That’s because the Newbergers know their subject from the inside – in addition to being a visual artist, Carolyn is an accomplished flutist and tap dancer, while Eli studied at the Julliard School of Music and earned a degree in music theory at Yale, going on to play the tuba for the New Haven Symphony for several years. And those were just their side gigs – Carolyn enjoyed a noted career in clinical and research psychology at Boston Children’s Hospital and Harvard Medical School, and Eli, a pediatrician, worked at the hospital and taught at Harvard.

“When we write these reviews and draw these drawings and put this all together,” Carolyn says of their collaboration, “it’s for us, as well as the community because that’s how we keep activating our senses. It’s almost like meditation where everything is active, even though you seem calm at the center.”

Last March, Carolyn found herself profoundly distressed by the Russian invasion of Ukraine, where her father’s side of the family had lived before emigrating to the United States. She says she was horrified by the war, particularly by the deadly May bombing of a school in eastern Ukraine. “Watching the images of the destruction made me wonder where in this geography my grandparents were from,” she says. “Where did they grow up? Where were they situated?”

By contacting family members and conducting a Google search, she identified their city of origin as Dnipro in Eastern Ukraine, which within the family was remembered by its Tsarist-era name of Ekaterinoslav. “One thing led to another, and I realized that Dnipro had a thriving Jewish community before World War II,” she remembers. “People had rebounded, and they had a Jewish center, that they were active in helping other Jews from other parts of Ukraine find safety.” She says she was also affected by the fact that not only was President Volodymyr Zelensky of Ukraine Jewish but that his predecessor was, as well.

And so, she was inspired. “It started by just drawing an image of dancing ancestors,” says Carolyn. "The dance is a kind of hora as I think about it, but I wasn’t thinking hora as I did. I stood at my drafting table and started to draw with my eyes closed and drew the feelings that came out. And of course, dance is very much part of my life because of the Pillow, because I had also been a tap dancer for several years. I drew a circle of dancing ancestors, channeling the floating figures of Chagall, who was from that part of the world.”

Carolyn worked the image of a circle of dancers via collage into an earlier unfinished nature painting of hers to create the larger-scale work that appears on the cover of this paper, “Dancing With the Ancestors, Ukraine.” A vividly-colored circle of figures dances among ghostly grey figures in a field dotted with sunflowers and red flowers, which Carolyn says represent not only the Jews who survived the war, but also the Ukrainians who helped Jews, including her family members, during their historical persecution. Today’s Ukrainians, she says, “were no longer ‘the enemy’ to me.”

You can see more of Carolyn Newberger’s artwork locally at the Pleasant Valley Audubon preserve in Lenox in a show called Visions of Nature, as well as at The Berkshire Edge website. Visit her website carolynnewberger.com for an extensive overview of her varied projects and links to them.