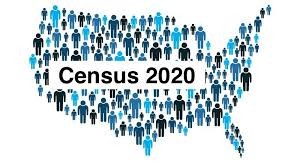 After the last United States Census was compiled in 2010, Berkshire County (and the Commonwealth of Massachusetts) experienced one of the most consequential outcomes that the decennial population count can deliver – loss of a seat in the United States House of Representatives.

The seat that represented Berkshire County and north-central Massachusetts was redistricted into what are now the 1st, 2nd, and 3rd Massachusetts congressional districts, with the Berkshires absorbed into the district that includes Springfield. And while its unlikely that the 2020 census will result in a change of that magnitude, the count is bound to be consequential for this county, which has an aging demographic and is experiencing population loss.

Terri Ann Lowenthal, is an expert on the Census and policy issues affecting federal statistics. During a 14-year career as a congressional aide in both the House and Senate, she was staff director of the House census oversight subcommittee from 1987-94 and later covered the Census Bureau and broader federal statistical activities for the 2008 Obama Presidential Transition Team.

“The census is the very first responsibility of the federal government in the Constitution,” Lowenthal points out. “And it's important to participate not only because the law requires your participation, but more notably because the census is the basis for fair apportion and of representation by virtue of the 14th Amendment – fair districting and the ‘one person one vote’ standard.” These apportionments include not only the US Congress, “but also in state legislature, city councils, school boards and any other legislative body.”

As for how census results affect a region like Berkshire County more immediately, Lowenthal says, “there are two big buckets of consequences from the census. One is political power and the other is money. More the more than $1 trillion in federal spending is guided directly or indirectly based on census data.” She cites some of the most consequential programs – Medicare, Medicaid, education, infrastructure, and public transportation.

“We want to have accurate data on age groups,” she says, “because we want to know where our senior citizens are living because we may need to modify our transportation systems. We may need different social services and recreational programs for communities that have higher percentages of senior citizens, as opposed to families with young children.”

And it isn’t just government funding that is predicated on census data. “Businesses, nonprofits, and philanthropy rely on data the federal government produces to guide investments and evaluate outcomes,” she says. Businesses use it to decide where to expand or contract, or even what merchandise to stock in their stores. Philanthropies use the data to better direct funds to communities in need.

“Absolutely, the census is the root of all data – it is objective, it is universal, it is publicly available, and it forms the baseline for all other surveys.”

Lowenthal also points to the Jewish relationships with the conducting of a census – both ancient and modern. In English, the book of the Torah Sefer BaMidbar (literally “In the Wilderness”) is called the Book of Numbers, in recognition to the extended census of the tribes of Israel it opens with. Throughout the Torah, there are numerous lists of family trees.

Cut to today – when the proposition that a citizenship question be added to the census was put forth by the Trump administration, Lowenthal notes that Jewish groups were among the most vocal opponents of that measure, which was ultimately rejected by the Supreme Court. As she puts it: “I think of greater relevance is the commandment to care for the stranger, and that is mentioned more times in the Torah than any other commandment.”