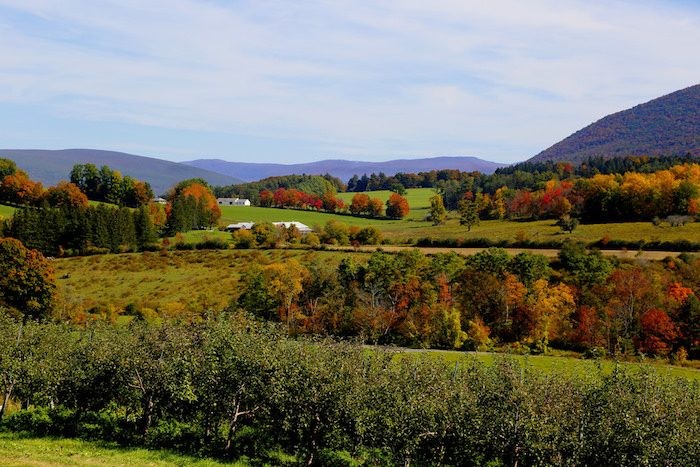 It's a dangerous business, Frodo, going out your door. You step onto the road, and if you don't keep your feet, there's no knowing where you might be swept off to.

Bilbo Baggins, The Fellowship of the Ring

There are two distinct Yiddish words that denote the state of not being able to find your way.

The first is ‘farblondjet,’ which means ‘lost’ in the commonly-understood sense of not knowing one's whereabouts.

The second is ‘farfalen,’ which connotes the state of being hopelessly lost, cosmically lost, of having so completely misinterpreted any directions you might have had at your disposal, that not only do you not know where you are, but possibly also where you are going, from whence you departed, and why you might have embarked on your journey to begin with.

When I’m out in nature, I get farfalen. Ordinarily, I am a rational person with a good sense of direction, but in the Great Outdoors, for whatever reason my ability to make lucid choices deserts me. Although I stick mainly to well-traveled trails that are not too far from civilization, I am always one ‘what-in-the-world-was-I-thinking’ blunder away from turning a cheery woodland frolic into an ordeal resembling Robert Falcon Scott’s doomed 1912 Terra Nova expedition to the South Pole.

Case in point was my first assault on the summit of Perry’s Peak from Hollow Fields in Richmond several winters back, before the Berkshire Natural Resources Council (BNRC) fully acquired the land that now forms their new 3.7-mile hiking loop. I was already a volunteer trail steward for the property and visited several times a week, but I had never ventured too far up the trail that splits off from the shorter two-mile loop through the fields up to a magnificent overlook facing Yokun Ridge and beyond.

Several friends familiar with the hike offered to show me how to navigate over Perry’s Peak so I wouldn’t get lost in the dendritic tangle of poorly marked and maintained trails deeper in the woods. But somehow those guided hikes never materialized and my curiosity finally got the better of me.

The day I chose was a chilly, raw one in midwinter. The sky was slate grey and the hills were shrouded in a moderately-thick fog. Mine was the only car in the parking lot as I set out to explore the Perry’s Peak trail alone.

I share these details to show that I do not exaggerate when I write that I lose my ability to make lucid choices in the Great Outdoors. But it gets better. So as I entered the woods, I developed my game plan – since the place I wanted to get to, the overlook, was to the right of where I was walking, all I had to do was keep following trails that took me in a clockwise direction and I would get to where I wanted to be.

It was all great fun for a time. The air was wet and fresh; the fogginess imbued the skeletal unleafed trees with a poetically mournful cast; and the ice crusting the trail was too thin to be slippery, breaking apart underfoot with a pleasing snap, crackle, and pop. But after a certain point, I realized that the fun had been going on for a little too long, and that I was not at all sure that I was getting any closer to my ultimate destination. What’s more, the fog made it impossible to orient myself via the landscape or the sun. That was when the realization hit me that “clockwise” – unlike, say, north, south, east, and west – is not really a “direction.” Depending on how one might be oriented, clockwise might be going north, or it might be going south, etcetera. (Duh.)

I spent a good deal of time soaking in the rugged beauty of the trails above Hollow Fields that afternoon, finally stumbling upon a well-defined path that seemed to be taking me in a clockwise direction. All was trending well until I arrived at the “T.”

“When you come to a fork in the road, take it,” Yogi Berra famously remarked, but if only it were that easy. The trail to my right, though winding in a clockwise direction, also seemed to lead back to where I just came from – and I felt that I had been walking in circles already. The trail to the left seemed to lead downhill to sorta kinda maybe where the overlook might be and, given that I was starting to feel dog-tired, downhill seemed good. I was grappling with my choices when I noticed it – a white trail blaze on a tree on the trail going left. I don’t know how to explain my reasoning except to say that at that moment, I respected the woodland authority that daub of white paint represented. I followed the trail to my left.

Hours later, I emerged, farfalen, from the woods onto a windswept stretch of highway I did not recognize. I had followed white blazes, then red blazes, then blue blazes, until I finally heard the sound of trucks and automobiles and followed them. I hacked my way through branches, forded gullies, and scrambled over rock outcroppings in thick woods unvisited since the days of the Mohicans.

Exhausted and bedraggled, I made my way across the road to a lonely picnic bench just as daylight started to fade. I tried making a call – no cellphone service. Just then, a car pulled into the rest area and I ran over to it. I told the driver I’d gotten lost in the woods and could he tell me where I was.

“You’re on Route 20 about a half-mile from the New York border,” he said.

“I started walking from Hollow Fields,” I told him. “Do you know where that is?”

He shook his head no.

The driver said he would ordinarily help me, apologizing that he had an important event in Albany he had to go to. And he drove off. So I started trudging along Route 20 back toward Richmond. I’d have to go at least until I got to some place where my cellphone worked.

I’d walked for about ten minutes when the driver who I’d spoken to pulled up alongside me and, chuckling, told me to get into his car. He said he had started laughing hysterically at my predicament and started to feel a little ashamed of himself, and so turned around in New Lebanon to come pick me up. Where was this Hollow Fields now?

In the years (think about that – years) that followed, I resolutely refused to revisit the trail leading to Perry’s Peak. I know what you’re thinking –  “What kind of nemophilist is this guy?” But such is PTSD. I would always be a bit shamefaced when I encountered curious hikers and – after identifying myself as a BNRC volunteer trail steward and trying to explain the difference between ‘farblondjet’ and ‘farfalen’– warned them off Perry’s Peak, sharing the story of how I had ended up on Route 20.

All that started to change on a steamy summer day in June 2020, when I joined a cadre of dedicated volunteers and a crack squad of BNRC arborists to start grooming the ascent on the new trail up and over Perry’s Peak. It was hard, sweaty work but after we enjoyed lunch at the top, a BNRC board member offered to show me the way down on the still unmarked trail. The key to making it down successfully, he said, was to keep turning right at each fork in the path – in other words, keep going clockwise. (Duh.)

In any case, I still didn’t trust myself to go it alone until this November, when I saw the first signposts erected by the dedicated folks at BNRC. I summoned the courage to retrace my original journey of exploration, and figure out where I went wrong.

At the top of the first ascent on the trail leading to Perry’s Peak is a fine view south over Richmond (and, in season, wild blueberry bushes), as well as a BNRC marker pointing right. This is where I’d gotten farblondjet the first time – I’d headed straight, which took me over the hilltops rather than on the path home. Following the correct trail from the top, however, leads to the marker at the “T” where I had originally gotten farfalen. At this point, you’re near the summit of Perry’s Peak, and if you look up and to the left, you can see still the white trail blaze that had lured me into peril.

So get back out in nature, already – I’ll show you around if you want to visit Hollow Fields. After ten months, I think what we’ve all found out is that it’s just as easy to get farfalen sitting on our couches as it is adventuring in the woods.