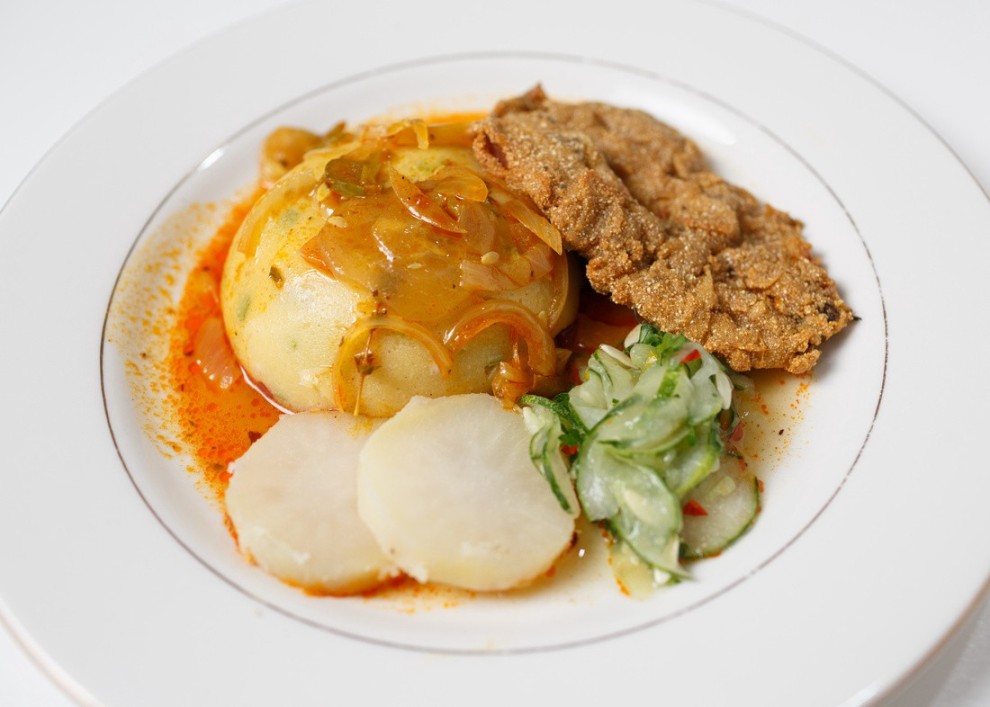 It was 10 degrees back home, so I was thrilled to be sailing in the sunny Caribbean, where temperatures hovered around 85 every day. Joel and I, along with our good friends Rhonda and Charlie, visited several islands and, like every other tourist, enjoyed the lush green landscapes and the tropical fruit drinks. And, while we had the option to visit more of the same, as well as the numerous jewelry stores on the islands, we were looking for something a bit less commercial. We were fortunate to discover a true gem — a Jew-el if you will.

We found the history of Barbados Jewry. Our guide through Bridgetown’s Synagogue Historic District was transplanted New Yorker, Neil Rechtman, who has put his long-ago Brandeis major in Jewish studies to work as a volunteer docent. From him we learned that Jews arrived in Barbados in 1628, who were once again fleeing for their lives after the Portuguese brought the Inquisition to Brazil. There was no arable land left on the island for the immigrants to farm, but these Sephardic Jews had something far more valuable. They brought with them the technological expertise to make sugar cultivation and refining more efficient. The changes they instituted helped to make the country a world leader in sugar production and established a strong foundation for the country’s economy.

In 1654, the community built the Nidhe Israel Synagogue, and within two decades, nearly 300 Jews lived in Barbados. They continued to prosper well into the 19th century. But, despite all their contributions to Barbados, life for the Jews wasn’t all rosy. On October 23, 1668, due to jealousy on the part of British businessmen, the Jews of Barbados were banned from all forms of trade and were confined to a ghetto in the capital city. It took another 150 years until those discriminatory laws were removed. Even so, Barbados was the first place in the entire British Empire in which Jews obtained full political rights.

The death knell for the Barbados Jewish community came in 1831, when a massive hurricane devastated the island economy and destroyed the Nidhe Israel Synagogue. Many Jews left the island, significantly diminishing the community’s population. The community continued to decline until 1929, when the last living Jew on the island couldn’t support the synagogue’s upkeep. He sold it to a local lawyer.

Once sold, the synagogue saw many changes, including removal of the women’s gallery and construction of a full second story. The building changed ownership many times, serving over time as commercial space and law offices.

Then, in 1931, a full 100 years after the hurricane that changed island life forever, the Barbadian Jewish community rose again when one Moses Altman left Poland for Barbados,  followed in quick succession by 40 families fleeing persecution and certain death in Nazi Europe. Unfortunately, there was no longer a synagogue for them, so the community had to build their own little shul.

Then, in the late 1970s, the government seized Nidhe Israel property in order to build a courthouse. Moses Altman’s son, Henry, and grandson, Sir Paul Altman, petitioned the government to give the building back to the Jewish community. Then-Prime Minister Tom Adams, agreed to do so — if they could raise the money to rehabilitate it. They did and, money in hand, renovation began. Using archival photographs, contractors built an exact replica of the original sanctuary.

The restored Nidhe Israel Synagogue was rededicated in 1987. One of the oldest such buildings in the Western Hemisphere, it features a dark wood ark, beautiful European chandeliers, and black and white marble floors. The original stained glass window featuring a Star of David was found hanging over the governor-general’s swimming pool, and was returned to the community and installed in the synagogue.

While still owned by the National Trust, the building is back in use as a synagogue, although mostly used for destination weddings and b’nai mitzvah. And, even though the community counts only 50 Jews, the historic district’s UNESCO Heritage Site status ensures its maintenance in perpetuity.

In the meantime, while renovations were going on, archaeologists from the University of the West Indies were digging in the parking lot, seeking the rabbi’s house. A graduate student came upon what turned out to be the community’s mikvah. Because the first thing a community of Jews must do is to build a mikvah, this building probably predates the synagogue. An underground spring still provides the fresh running water that makes the now-rehabilitated facility kosher, although Neil acknowledged that nobody uses it at present.

The last excavated place on our tour was the cemetery. Considered to be the oldest Jewish burial ground in the Western Hemisphere, the earliest stone is dated 1658. The restoration of the cemetery took four years and required the excavation of massive amounts of trash and sediment that had accumulated on the grounds. Once the excavation was complete, the tombstones were cleaned and repositioned. The older, Sephardic markers are flat and feature iconography typical of that culture and time period, while the more modern Ashkenazi stones are upright. Unfortunately, the Hebrew, Ladino, and English engraving on many of the headstones has eroded. Restoration work on those continues.

On the final stop of our tour, Neil led us into the museum. Opened in 2008, its glass-fronted cases set into the floor display artifacts dug up during the renovations. These items give a glimpse into the lives and habits of the many peoples who have lived on Barbados over the centuries. The cases are set in sand in homage to the Crypto-Jews, who often spread sand on the floors of their hidden prayer spaces to muffle the sound and protect themselves from the prying eyes of those who might betray them to the Inquisition. Also on view is a professionally-produced documentary that traces the journeys of the Sephardic and Ashkenazi communities to the island nation. One particularly fun exhibit asks museum-goers to identify spices by their scents puffed out from a display board.

All in all, our visit to the Synagogue Historic District was a most enlightening and enjoyable experience. I recommend it highly.

This national dish of Barbados calls for flying fish, which may not be readily available in New England, so you can substitute tilapia.

For the green seasoning:

For the red pepper sauce:

½ teaspoon hot pepper sauce, or more if you like it really hot

Mix together the green seasoning ingredients with a pinch of salt and pepper.

Rub the fish in the seasoning, cover and leave to marinate in the fridge for 1 hr.

Use paper towel to dab off excess marinade, then roll up each fillet and secure with a toothpick.

Soak the okra in vinegar for a half hour in order to reduce sliminess.

Heat the oil in a small saucepan, add the onion and okra and cook until soft about 5 minutes, stirring often.

Add the garlic, thyme and coriander, and cook for about 30 seconds, stirring continuously.

Add 1¼ cup of boiling water, reduce the heat and simmer for about 5 minutes, adding more boiling water if the pan dries out.

Remove the onion and okra with a slotted spoon and set aside.

Turn up the heat and bring to a boil.

Whisk in the corn meal gradually, and continue to whisk until it is smooth, thick and starts to bubble – about 3 minutes.

Reduce the heat to low, cover the pan and simmer for 10 minutes, whisking very often, until the corn meal is cooked through.

Stir in the okra and onion.

Remove the sprig of thyme and discard.

Add the butter and nutmeg, and season to taste.

Heat the oil in a pan, add the onion, celery and pepper, and soften, stirring often, for 5-10 minutes.

Add the tomatoes, tomato purée, ½ cup water, and sugar, and bring to a gentle simmer.

Cook for 15 minutes, allowing the sauce to thicken a little.

Place the rolled fish fillets in the sauce, cover and continue to simmer until just cooked through, about 10-15 minutes.

Divide the cou-cou between plates, spoon the sauce over it, and arrange the fish rolls on top.