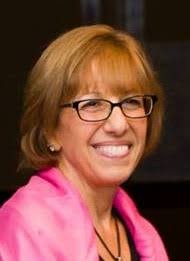 AGAWAM – A legacy giving initiative that supports the building of endowments with the goal of sustaining valued organizations and vibrant Jewish communities for the next generation and beyond announced today that it has leveraged more than $1 billion in legacy commitments.

In the eight years since the Harold Grinspoon Foundation (HGF) launched LIFE & LEGACY®, 63 Jewish communities across the United States and Canada have secured almost 28,000 legacy commitments from 17,000 individuals to support 680 organizations. Of the $1 billion in commitments, more than $112 million has already been placed in endowments. Amid the pandemic and economic downturn, these commitments are even more critical to the long-term stability of vital Jewish organizations across North America.

In challenging times like these, endowments provide organizations with the financial stability to meet evolving needs. Legacy commitments ensure that organizations providing impactful programs and services during both calm and turbulent times have the necessary resources to adapt.

“The cooperation and collaboration fostered by LIFE & LEGACY over the past eight years as local organizations work toward a shared goal of endowment building is especially critical now,” said Arlene D. Schiff, national director, LIFE & LEGACY. “Even in the midst of so much disruption and uncertainty, we continue to empower many generous and committed individuals and families to give back to the Jewish organizations that have played and are playing an important role in their lives.”

LIFE & LEGACY provides training, support and monetary incentives to Jewish organizations that want to build permanent endowments and ensure that legacy giving becomes a social norm in their community. Surpassing the $1 billion milestone is the tip of the iceberg. In addition to securing financial commitments, LIFE & LEGACY brings together organizations that have previously seen each other as competitors. The organizations become trusted partners who cooperate, share resources, learn from, support and celebrate one another.

“Providing Jewish organizations with a strategy to help secure their long-term financial goals is absolutely vital, especially now in the middle of an economic crisis,” said Harold Grinspoon, the founder of HGF. “Supporting our Jewish institutions is critical to ensuring future generations are able to enjoy our rich culture and heritage. I am thrilled that LIFE & LEGACY is motivating donors to make legacy commitments that will allow organizations to build endowments that will sustain vibrant Jewish communities for years to come.”

A Conversation with Arlene Schiff

Arlene Schiff, a Lenox resident and past executive director of the Jewish Federation of the Berkshires, took over the helm of LIFE & LEGACY program in 2013. In that time, she has crisscrossed the country to work with Jewish communities on ensuring their futures through legacy giving. When she last spoke with the BJV in 2017, LIFE & LEGACY gifts totaling approximately $500 million had been secured, a figure that has since doubled.

The BJV asked her a few questions about the program’s success, as well as the current state of Jewish philanthropy.

BJV: What has happened in the last three years to create such momentum with LIFE & LEGACY?

Schiff: Some of it is that we've taken on 10 or 12 new communities and if you multiply that by 10, that's 120 more organizations that are out there having conversations. As if each of those communities is trying to get close to 200 commitments in the first couple of years, just adding that has increased the momentum.

BJV: Has it been easier getting buy-in over the last few years?

Schiff: Yes, in some ways because when we started, there were communities who were lined up who knew this was something they wanted to do and just didn't know how to do it, and were looking for that support. Then, obviously, we gained momentum and more communities wanted to join once they saw that it worked. I would say that last year was a slow year. We had fewer new communities, and this year we actually have no one new starting this fall. That might have been the pandemic, but also I think we're running low on communities. Because we partner with Jewish Federations and Jewish community foundations, we sort of saturated the market. There are more communities out there that could possibly do it if they were interested, but as you know, Federations are dealing with a lot of things ongoing, and making legacy giving a priority in some communities, it's just not there yet.

BJV: There would seem to be two paths I’d like to ask you about. One, if the pandemic continues, how is LIFE & LEGACY going to adapt in the future? Two, if things get back to a more normal pace, what do you see in future?

Schiff: So we're looking at a variety of things. We're still outreaching to those communities that we feel could benefit from participating in the program. We are also beginning to work with one national Jewish organization and have done some outreach to others to see if would like to partner with us to learn how to integrate legacy giving into the culture of their organizations. We know that if we partner with national organizations, it will filter down to the local level, and also that local organizations are filtering up. So given that our goal is to make legacy giving a social norm in the Jewish community, overall we've decided to try to partner with some of the national organizations and it looks like we'll be launching our first one of those this fall.

We’re also starting to integrate [the Harold Grinspoon Foundation’s]  JCamp 180 program, which has always had a legacy component. Now we're merging the programs. We're going to be offering camps the LIFE & LEGACY curriculum, which is a little different than what they've been doing in the past. We're looking to take on new camps that have never done legacy through JCamp 180, and to also work with the camps that have been part of the program in the past on formalization. That is something they never did – moving the donor from a letter of intent to legally putting their commitment in place. Lastly, I would say we're going to be exploring a variety of ways in which we can partner with the communities that we've been working with today that have completed the 4-year LIFE & LEGACY curriculum to see what we can do beyond that four years to make sure that legacy giving remains a priority in each community.

BJV: I’d like to turn to a broader question about the current state of Jewish Philanthrop from your perspective. How do you see what's going on now, and what might the long-term future hold?

Schiff: Well, I think that those people who are blessed with the capacity to give are giving and giving more because they see that the needs are greater. I don't envision that changing.

People may be reevaluating their giving. I've heard that some individuals who've given specifically to the Jewish community now, because of the pandemic or social justice issues, have chosen to include those causes in their philanthropic giving. Legacy giving will remain a priority. We know that the pandemic has led more people to think about planning for the future. More people are writing wills, more people are planning. People are a little worried – they're feeling vulnerable and also don't know what the future holds; and so more people are thinking about what they want to put in place should something happen to them.

It's a great time actually to be having those conversations with loyal donors who have been giving to you annually for a number of years, to remind them that they can also leave a legacy. Given the economic situation there will be donors who, because they've lost their job or other reasons, aren't able to give annually, but will have assets for legacy giving, which is how they might choose to participate until they are ready to give annually again.