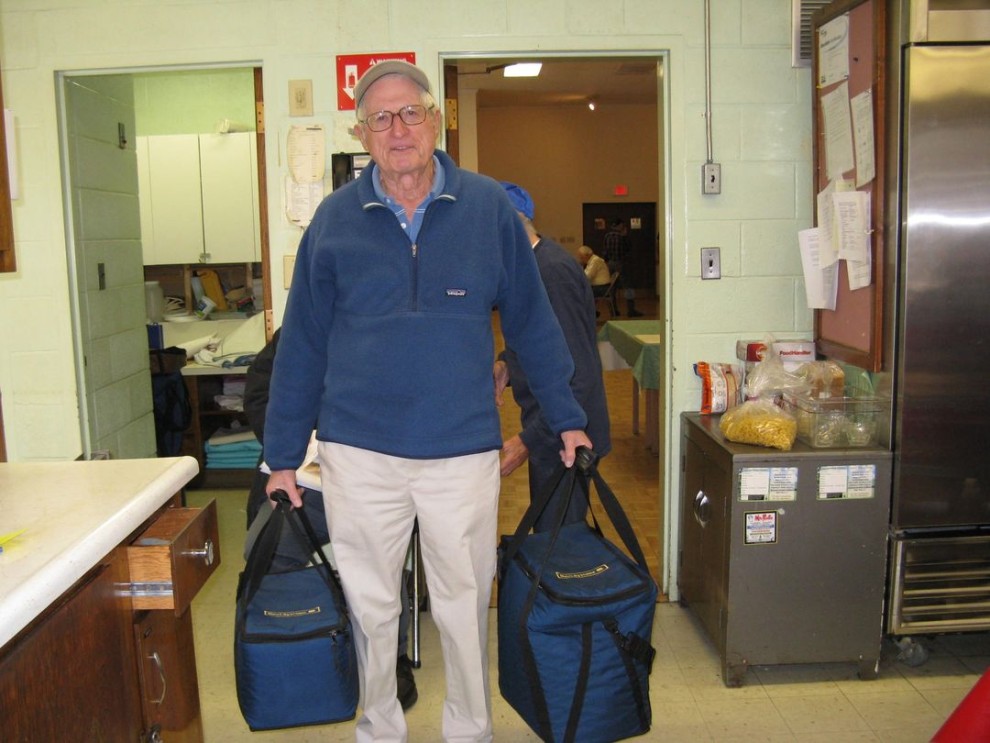 In September, the Berkshires lost a pillar of the community, Howard Kaufman. He was 96, lived most of his life locally, and kept the Berkshires as his base of operations while creating a hugely successful business. He accomplished remarkable things and gave back to his home and its Jewish community in myriad ways. If you’re not familiar with his story, I urge you to read his obituary for an overview of the life of this large-hearted man.

After Howard passed, people who knew him shared their memories online and in conversation. The picture Federation posted on our Facebook page is the one you see here, one that captures the gist of so many of those reminiscences – specifically that Howard Kaufman was a man who was humbled by his success and freed by it to do the things he felt were important in life. He was not only a meaningful financial supporter of Federation and all its affiliates, but also someone who rolled up his sleeves and worked “on the ground,” connecting with those who needed support in our community in a direct and personal way. For example, as you see in the picture, Howard used to deliver our hot kosher meals, driving around the county and reporting back about how those receiving the food were faring, in case they needed additional help.

Those who grew up in the Jewish Berkshires say that it seemed like Howard was always a part of things and would always be a part of things around here. As for myself, I’ve only lived here for a decade and knew Howard primarily from my interactions with him at Chabad of the Berkshires, a synagogue that might not have been established without his support. I often used our encounters to pick Howard’s brain about how to be more effective at Federation, first in my early roles as an executive board member and campaign chair, and then as editor of the paper.

More than anything Howard ever said to me, one thing he did for me remains indelible. It was my father’s yahrzeit and I needed to make a minyan. Chabad’s Rabbi Volovik was out of town but made some calls on my behalf. That evening, I was at Chabad, and members of my minyan began to arrive.

Who should show up but Howard Kaufman? I was astonished to see him because I knew that on the following day, he was moving out of his Berkshires home and relocating to the Boston area to be closer to family. I could not quite believe that this man, who had lived here for so long and who accomplished so much, would, on the eve of his departure from his beloved Berkshires, show up to help make a minyan for someone he did not know very well. To Howard, I was a Jew who needed a helping hand and that was enough.

There are many ways in which most of us cannot be like Howard Kaufman. Showing up for one another is one we can – even if it isn’t entirely convenient, even if we don’t quite feel like it, even if tomorrow we may be leaving a place we love to embark on a new chapter of life.

I will always remember Howard’s kindness on my behalf and still draw on that memory when I need some motivation to just show up. In ways that are both apparent and unseen, Howard’s memory will remain a blessing for this community – we are lucky to have known him.